Aviation was not for the faint of heart in 1927.  Disaster claimed the lives of competitors, before the race even began. 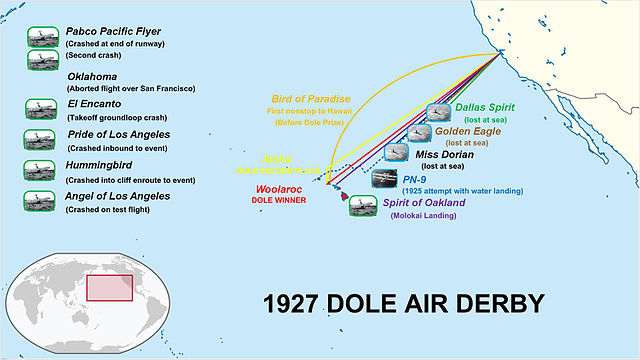 In the period between the World Wars, the Wright brothers’ first flight at Kittyhawk was well within living memory. The flying Aces of the Great War seemed like some kind of modern-day knights, and many became pop-culture heroes. Wood-and-fabric biplanes gave way to sleek, metal monoplanes, while air races and daring, record-setting flights seemed a constant feature of the daily news.

33½ hours later, thousands of spectators’ cars were caught up in “the largest traffic jam in Paris history”, to be there for the landing at Le Bourget Aerodrome.

Heavier-than-air flight, once considered an impossibility, was coming of age.

Two months after Lindbergh’s famous flight across the Atlantic, a pineapple magnate offered a prize of $25,000 to the first pilot to fly from Oakland to Honolulu, an orthodromic (Great Circle) distance of 2,406.05 miles.  A $10,000 prize was offered for a second-place finisher.

The overture from James Drummond Dole, founder of the Hawaiian Pineapple Company (now known as Dole Foods), attracted 33 entrants for the event.  14 were selected for starting positions following inspections.  By August 16, 1927, race day, the final list of starters was down to eight.

Aviation was not for the faint of heart in 1927.  Disaster claimed the lives of competitors, before the race even began.  One Pacific Aircraft Company J-30 known as the Tremaine Hummingbird crashed in heavy fog on August ten on the way to Oakland, killing Naval Lieutenants George Covell and Richard Waggener.

The pair had drawn starting position #13, for race day.

British aviator Arthur Vickers Rogers was killed the following day, just after takeoff in his Bryant Monoplane the Angel of Los Angeles.  Still another aircraft, the Miss Doran, was forced to make an emergency landing in a farm field, and the International Aircraft Corporation F-10 triplane  Pride of Los Angeles crashed into San Francisco Bay on final approach to Oakland. 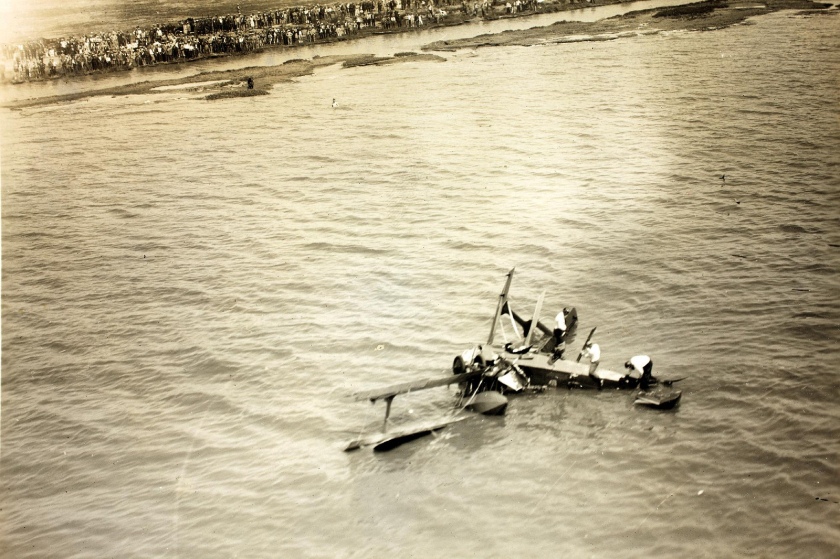 Happily, the occupants of neither aircraft were hurt, though the latter came away wetter for the experience.

Eight entrants remained by the morning of the 16th, but that number was whittled down, fast.

Oklahoma took off but soon returned, due to engine trouble. El Encanto and the PABCO Pacific Flyer, crashed on takeoff. Fortunately, none of the three crews were hurt.

The Golden Eagle took off without a problem, and disappeared into the west.  PABCO Pacific Flyer took her second attempt, only to crash.  Again.

On board Miss Doran were John “Auggy” Pedlar at the stick and Lieutenant Vilas Raymond Knope, U.S. Navy, Navigating. This entrant carried a passenger too, Miss Doran herself, a 22-year-old fifth-grade school teacher from Flint, Michigan.

Dallas Spirit took off, but quickly returned to Oakland. The last two entrants, a Breese-Wilde 5 Monoplane called Aloha and Woolaroc, a Travel Air 5000, took off and headed west, without a problem.

This last entrant, with Arthur Cornelius Goebel as pilot and Lieutenent (j.g.) William Virginius Davis, Jr., U.S. Navy, as navigator, won the air race, crossing the Pacific and landing in Honolulu with a time of 26 hours, 17 minutes. 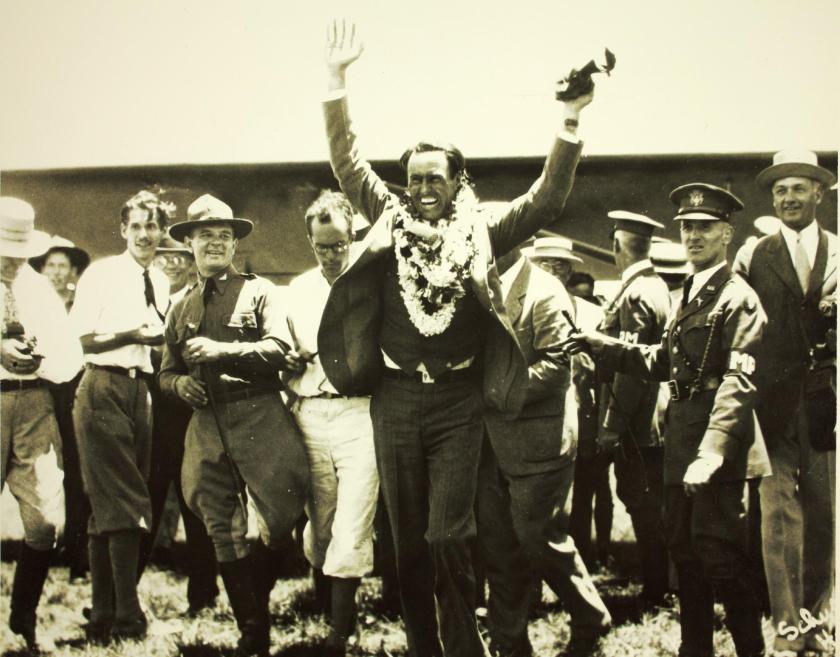 Neither Golden Eagle nor Miss Doran were ever seen again.

Forty ships of the United States Navy scoured the ocean for Miss Doran and Golden Eagle, but to no avail. Dallas Spirit was repaired and joined in the ocean search but she too disappeared, never to be seen again. 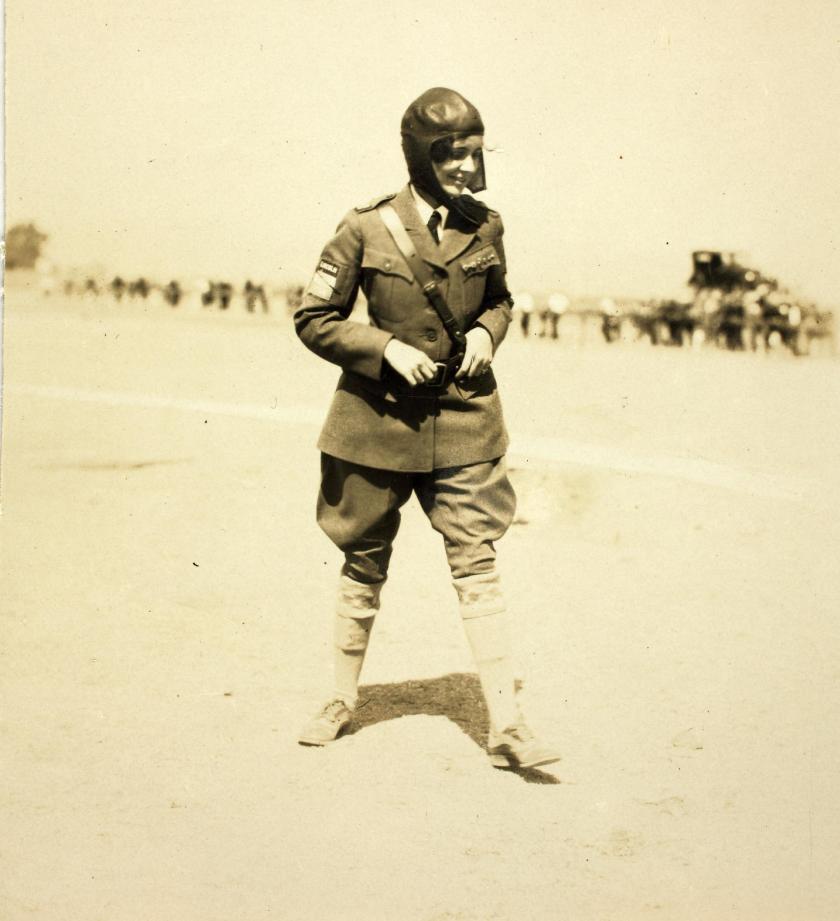 Mildred Alice Doran had once said, “Life is nothing but a chance.” Miss Doran had taken her chance and lost, at the dawn of the age of aviation.

Ten years later almost to the day, another pioneering female aviator would take her chance, crossing the vast expanse of Pacific Ocean. She too would disappear without a trace, joining her sister and so many others, at the bottom of some unmarked and watery grave.

A tip of the hat to This Day in Aviation.com, for all these great photographs.