The first military burial at Arlington National Cemetery was that of Private William Henry Christman, 67th Pennsylvania Infantry, interred on May 13, 1864. Two more joined him that day, the trickle soon turning into a flood. By the end of the war between the states, that number was 17,000 and rising. 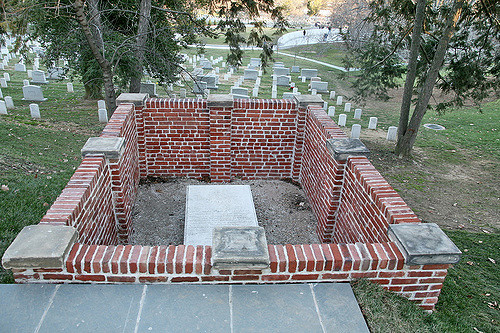 In 1929, cemetery workers were doing renovations on the Custis Mansion, at the top of the hill. They couldn’t help being aware of a solitary grave, 100′ to the north, but knew little of its occupant.

Marked with the name Mary Randolph, the stone was inscribed with these words:

“In the memory of Mrs. Mary Randolph,
Her intrinsic worth needs no eulogium.
The deceased was born
The 9th of August, 1762
at Amphill near Richmond, Virginia
And died the 23rd of January 1828
In Washington City a victim to maternal love and duty.”

Little else was known about Mary Randolph.

In 1929, journalist Margaret Husted wrote about her in the Washington Star newspaper. Descendants came forward and, piece by piece, the story of the first person buried at Arlington, came to light. 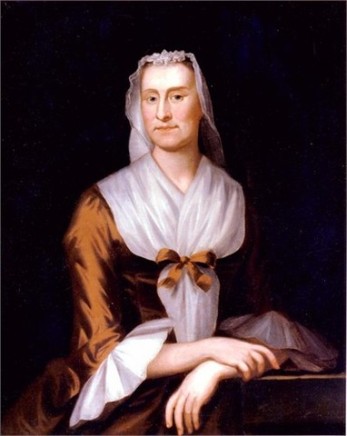 The last line of the inscription, “a victim to maternal love and duty” refers to her youngest surviving son, Midshipman Burwell Starke Randolph, who suffered a fall from a high mast in 1817, while serving in the Navy. Both of his legs were broken and never healed properly. When Mary passed away in 1828, Randolph remarked that his mother had sacrificed her own life in care of his.

Mary Randolph is best known as the author of America’s first regional cookbook, “The Virginia House-wife”.

The Virginia Culinary Thymes writes that “It is interesting to note that all the cookery at that time was done in kitchens that had changed little over the centuries. In Virginia, the kitchen was typically a separate building for reasons of safety, summer heat and the smells from the kitchen. The heart of the kitchen was a large fireplace where meat was roasted and cauldrons of water and broth simmered most of the day. Swinging cranes and various devices made to control temperature and the cooking processes were used. The Dutch oven and the chafing dish were found in most kitchens. The brick oven used for baking was located next to the fireplace. A salamander was used to move baked products around in the oven and it could also be heated and held over food for browning“.

Mrs. Randolph was an early advocate of the now-common use of herbs, spices and wines in cooking. Her recipe for apple fritters calls for slices of apple marinated in a combination of brandy, white wine, sugar, cinnamon, and lemon rind.

She was well known as a Virginia cook and hostess, so much so that, during an 1800 slave insurrection near Richmond, the leader “General Gabriel” said that he would spare her life, if she would become his cook.

I believe that General Gabriel may have been on to something.