William Patrick Hitler petitioned President Roosevelt for permission to fight on the American side, receiving permission in 1944.  Drafted into the Navy, the induction officer asked his name.  The reply came, “Hitler”. “Glad to see you Hitler,” the officer replied, “My name’s Hess.” 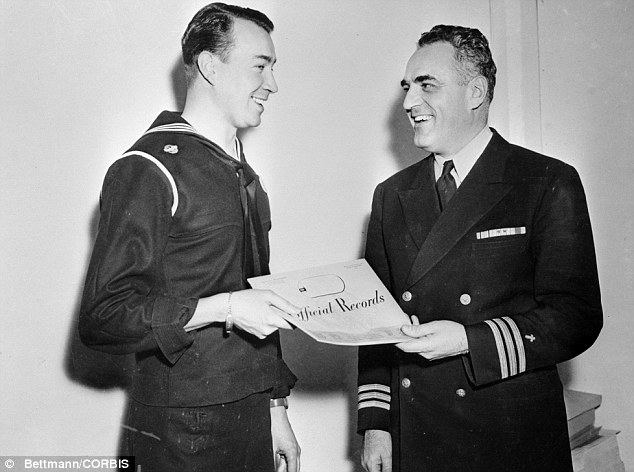 Suppose for a moment, that Gallup or Ipsos were to conduct a survey, naming the top ten bad guys, in all history. One name I daresay would top every list, would be that of the National Socialist German Workers’ Party leader, Adolf Hitler.

Hitler himself wouldn’t have the term, “Nazi”. That was bitter insult, coined long before the rise of the Nazi party. In German, Hitler would have referred to the Nationalsozialistische Deutsche Arbeiterpartei, or NSDAP for short.

Alois Johann Schicklgruber was born on June 7, 1837, to the 42-year-old unmarried peasant Maria Schicklgruber.  The boy’s father was known to her, the priest wrote “illegitimate” on the baptismal certificate. Johann Georg Hiedler married the peasant woman when the boy was five.  By ten, Alois was sent to live with Heidler’s brother, Johann Nepomuk Hiedler. Three years later, Alois  Schicklgruber moved to Vienna where he worked as a cobbler’s apprentice, finally becoming a low level civil servant in the Austrian Finance Ministry.

There are plenty of variations on the Hiedler family surname. ‘Hiedler’ apparently derives from an Austro-Bavarian dialect, meaning one who lives by a Hiedl, or underground spring. Other derivations come from the German Hutte (hut), as in “one who lives in a hut”.  Be that as it may, the variations appear to have been interchangeable.  Common variations included Hitler, Hiedler, Hüttler, Hytler, and Hittler.

There are plenty of tales regarding the man’s paternity, but none are any more than that. Alois Schicklgruber ‘legitimized’ himself in 1877, adopting a variant on the name of his stepfather and calling himself ‘Hitler”.

Historian Alan Bullock has described Alois Hitler as “hard, unsympathetic and short-tempered”. He seems to have had a problem with marital fidelity, as well. Alois was thirty-six when he married Anna Glasl-Hörer, the 50-year-old, invalid daughter of a customs official. By age 43, he was carrying on with the 19-year-old servant girl, Franziska “Fanni” Matzelsberger, with whom he had an illegitimate son, Alois Jr.

Alois Sr. was for all intents and purposes ‘married’ to the Matzelsberger girl for the next two years, while his lawful wife Anna, sickened and died. Hitler, 45, married Matzelsberger, age 21 in May, 1883. The couple’s second child Angela, was born two months later.

Sixteen-year-old Klara Pölzl moved in years earlier as household servant, and no woman was going to do to the new Mrs. Hitler, that which she had done to another woman.  Frau Hitler demanded that the “servant girl” be sent away but Pölzl would return the following year, as Fanni herself sickened and died. 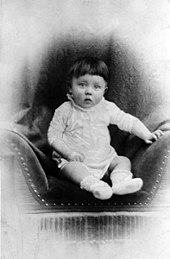 Pölzl was by this time pregnant with the first of the couple’s four children, but there was a problem. There are many candidates for Alois (Schicklgruber) Hitler’s biological father. If Hitler’s step-father was in fact his real sire as implied by the name change, that made Klara Pölzl his first cousin once removed, at least by law. The couple was too close to marry.

Alois petitioned the church for a humanitarian waiver. The waiver was granted and Klara Pölzl became the third Frau Hitler in January 1885. The first-born child was born five months later.

Adolf Hitler as an infant

The future leader of the National Socialist Party was born fours later, by that time the only child born to his mother Klara.  Her first three children Gustav, Ida and Otto, all died in childhood.

Alois Hitler, Sr. seems to have been a thoroughly unlikable man, lording it over neighbors and brutalizing his own family. Historian Robert Waite notes that, “Even one of his closest friends admitted that Alois was ‘awfully rough’ with his wife and ‘hardly ever spoke a word to her at home’.” The man would berate Klara and children alike, and apparently beat them on a regular basis.  Alois Jr. left home never to return, following a violent argument with his father. The elder Alois swore that he would never give the boy a single mark of inheritance, over what the law required. The youngest, Adolf, grew up a frail and sickly child, doted on by his mother and often at the center of violent rages by his father.

Alois tried to browbeat his youngest into following him, into the civil service. The boy feared and detested his father, and wanted nothing to do with him.  Adolf Hitler would follow the path which would bring him to that list of the great monsters of the 20th century, as his brother Alois Jr., made his own way in the world.

Some apples don’t fall far from the tree. Alois Hitler Jr. went to Ireland, where he met Bridget Dowling at the Dublin Horse Show. Nothing more than a poor kitchen porter at the Shelbourne Hotel, Hitler managed to convince her that he was, in fact, a wealthy hotelier, touring Europe. The couple eloped to London in June 1910. Bridget’s father William threatened to bring Hitler up on charges of kidnapping, and only relented when Bridget pleaded with him to stop.

It was a decision she would come to regret.

The couple had their only child in 1911, William Patrick Hitler. Alois left home in Liverpool in May 1914 to establish himself in the safety razor business.  He had become violent by this time and begun to beat the boy.  Bridget refused to go with William’s father and would end up, raising the boy alone.

War descended over Europe in 1914, when the elder Hitler met and (bigamously) married his second wife, Hedwig Heidemann.

Alois’ second marriage  produced a son, Heinz, who went on to become a committed Nazi. In 1933, William moved to Germany, in an effort to take advantage of his uncle’s rise to power.  He got a job at an Opel factory and later worked as a car salesman, but  badgered his uncle for a better job. At last, he threatened to sell embarrassing family stories to the newspapers, if Uncle Adolf didn’t do something to improve his “personal circumstances”.

Ironically, Nazi party regulations precluded Adolf Hitler himself from proving his own “Aryan Purity”, based on his father’s unknown paternity.  For years, Hitler had been dogged by hushed speculation about “Jewish blood”.  Quiet rumor became front-page headline this day in 1933, when Austrian newspapers published reports that the German Chancellor, sworn enemy of all things Jewish, was himself, a Jew.  That same day, all political parties but the Nazi party, were banned from Germany.

Der Führer of the fledgling thousand-year Reich promised his nephew a “high ranking post” in 1938, in exchange for renunciation of his British citizenship. Suspecting a trap, the younger Hitler fled Germany, traveling to the United States in 1939. William Patrick Hitler petitioned President Roosevelt for permission to join the American side, receiving permission in 1944.

Drafted into the Navy, the induction officer asked his name.  The reply came, “Hitler”. “Glad to see you Hitler,” the officer replied, “My name’s Hess.”

William Patrick Hitler served honorably for the duration of the war, holding the rank of Pharmacists Mate (a designation later changed to Hospital Corpsman) and earning a purple heart in the process.    Hitler’s half-brother Heinz was captured by Soviet forces in 1942, and tortured to death. Their more famous uncle took his own life in 1945 and died, childless.

Ironically, Hitler’s childhood home in Liverpool was destroyed in the last air raid of the Liverpool Blitz, in 1942.

William Patrick Stuart-Houston, nephew to one of the worst dictators in history and a man who fought with honor on the side of his uncle’s mortal enemy, died this day in 1987, leaving no grandchildren.

Alexander Adolf Stuart-Houston,, an American social worker, dismissed speculation of a pact to end the Hitler line. There was no such agreement among the last four boys in the family.  Things just turned out that way.