Dueling was illegal in both New York and New Jersey by this time, though enforcement was far more aggressive in NY.  The two rowed across the Hudson River from Manhattan to Weehawken, New Jersey in the early morning hours of July 11, 1804, dueling pistols tucked safely in a leather bag. 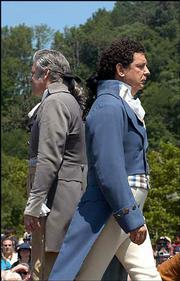 What would it be like to turn on CNN or Fox News, to learn that Former Secretary of the Treasury Jacob (‘Jack’) Lew was party to a duel and that he was near death, after being shot by the sitting Vice President of the United States, Mike Pence.

The animosity between the two began in 1791, when Burr defeated Hamilton’s father-in-law Philip Schuyler in a US Senate election. Hostilities escalated when the Electoral College deadlocked in the 1800 Presidential election, moving the selection of President and Vice President to the House of Representatives. Hamilton exerted his influence on behalf of Jefferson, who was elected on the 36th ballot, making Burr his VP.

Burr knew that Jefferson wouldn’t keep him on as VP for the 1804 election, and so he ran for Governor of New York. He blamed Hamilton for his defeat, and challenged the man to a duel over comments made during the election. 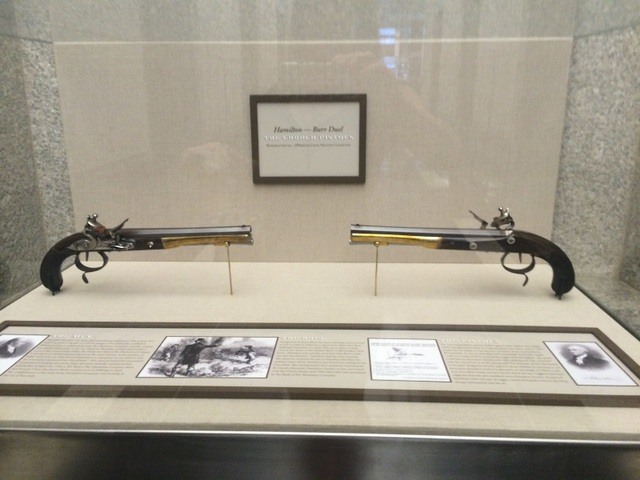 Dueling was illegal in both New York and New Jersey by this time, though enforcement was far more aggressive in NY.  The two rowed across the Hudson River from Manhattan to Weehawken, New Jersey in the early morning hours of July 11, 1804, dueling pistols tucked safely in a leather bag.

Both men’s “seconds” stood with their backs to the duelists, enabling both to later state under oath that they didn’t see either the weapons or the duel itself.   “Plausible deniability” was preserved, but it’s hard to have a first-hand account when the only witnesses have turned their backs. Accounts vary, but it seems that Hamilton fired first, apparently “throwing away his shot” as he had once advised his son Philip to do when the younger man was in this position.

This account is supported by a letter that Hamilton wrote the night before the duel, stating that he was “strongly opposed to the practice of dueling” for both religious and practical reasons. The letter went on, “I have resolved, if our interview is conducted in the usual manner, and it pleases God to give me the opportunity, to reserve and throw away my first fire, and I have thoughts even of reserving my second fire”. 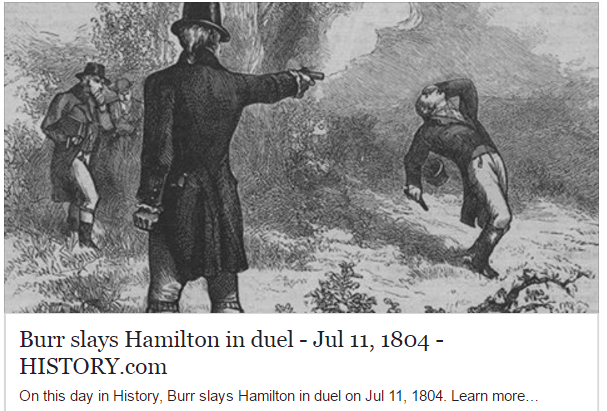 Aaron Burr had no such reservations.  The Vice President fired with intent to kill, the shot hitting Hamilton in the lower abdomen.  The wound was clearly fatal, even to Hamilton himself, who said “This is a mortal wound, doctor”.

The man whose likeness appears on the $10 bill died the next day. Among his last words were “Pendleton knows,” (Judge Nathaniel Pendleton, his second), “that I did not intend to fire at him”.