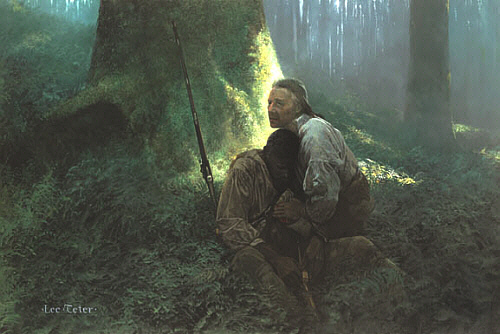 The Pennsylvania Charter of 1681 specifies the southern boundary of the colony to be “A circle drawne at twelve miles distance from New Castle Northward and Westward unto the beginning of the fortieth degree of Northern Latitude, and then by a streight Line Westward“. 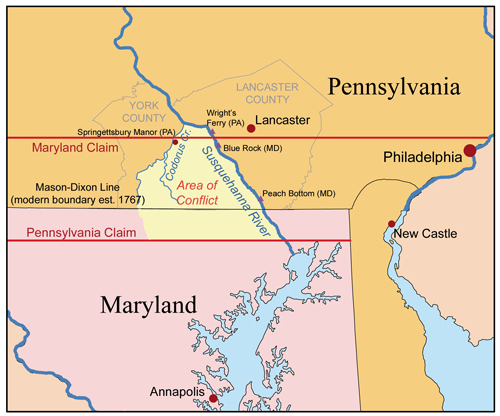 Maryland insisted on the boundary as drawn by the Charter, while Pennsylvania proposed a boundary near 39°36′, creating a disputed zone of some 28 miles.

In 1726, Quaker minister John Wright began a “ferry” service across the Susquehanna River. Starting as a pair of dugout canoes, “Pennsylvania Dutch” farmers were soon settling the Conejohela Valley on the eastern border between Maryland and Pennsylvania. 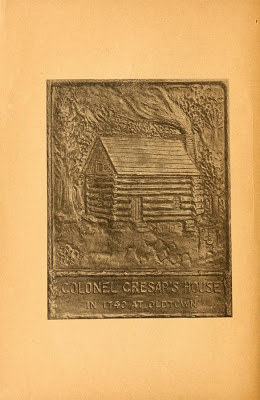 Business was good.  By 1730, Wright had applied for a ferry license. With Lord Baltimore fearing a loss of control in the area (read – taxes), Maryland resident Thomas Cresap established a second ferry service up the river. Maryland granted Cresap some 500 acres along the west bank, serenely unconcerned that much of the area was already inhabited by Pennsylvania farmers.

Cresap went to these farmers and began collecting “quit-rents”, (an early form of property tax) for the government in Maryland. Pennsylvania authorities responded by issuing “tickets” to settlers which, while not granting immediate title, amounted to an “IOU” of title under Pennsylvania jurisdiction.

When Cresap and his ferry worker were thrown overboard by two Pennsylvanian farmers, probably over a debt, Cresap took the matter to Pennsylvania authorities for justice. After the magistrate said that he couldn’t expect justice in his court because he was a “liver in Maryland”, Cresap filed charges with Maryland authorities, claiming that, as a Maryland resident, he was no longer bound by Pennsylvania law.

Cresap and his gang members began confiscating York and Lancaster county properties as early as 1734, handing them over to supporters. Maryland militia crossed colonial borders twice in 1736, and Pennsylvania militia were quick to respond.

When the Lancaster county Sheriff arrived with a posse to arrest Cresap at his home, Cresap fired through the door, striking and mortally wounding deputy Knowles Daunt. When Daunt died of his wounds, Pennsylvania Governor Patrick Gordon demanded that Maryland arrest Cresap for murder.

Samuel Ogle, Governor of Maryland, responded by naming Cresap a captain of the Maryland militia.

Cresap resumed and expanded his raids, destroying barns and shooting livestock. Sheriff Samuel Smith raised a posse to arrest him in November. When the Pennsylvanians set his cabin on fire, Cresap ran for the river. Grabbing him before he could launch a boat, Cresap shoved one of them overboard, shouting, “Cresap’s getting away!”, whereupon the other deputies proceeded to pound their colleague with oars until one of them discovered the ruse.

Cresap was taken to Lancaster, where he decked the blacksmith who had come to put him in shackles. He was finally subdued and hauled off to Philadelphia in chains, but even then the man was anything but broken. “Damn it”, he said, looking around, “this is one of the prettiest towns in Maryland!” 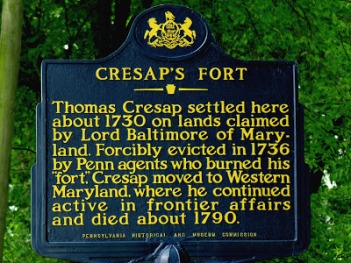 Maryland authorities petitioned George II, King of Great Britain and Ireland, imploring the King to restore order among his subjects. King George’s proclamation of August 18, 1737 instructed the governments of both colonies to cease hostilities. When that failed to stop the fighting, the Crown organized direct negotiations between the two. Peace was signed in London on May 25, 1738, the agreement providing for an exchange of prisoners and a provisional boundary to be drawn fifteen miles south of the southernmost home in Philadelphia, and mandating that neither Maryland nor Pennsylvania “permit or suffer any Tumults Riots or other Outragious Disorders to be committed on the Borders of their respective Provinces.”

So ended the “Conojocular War”, the bloody eight-year conflict between Philadelphia and surrounding area and sometimes referred to as “Cresap’s War”. The matter was settled once and for all, when Penns and Calverts, each descendants of their colonial founders,  hired surveyors Charles Mason and Jeremiah Dixon to establish the modern boundary in 1767. Today, the area in conflict is part of York County, Pennsylvania.

And now you know where that line comes from.

Afterward: During the French & Indian Wars of the 1750s Thomas Cresap and a party of 100 pursued an Indian war band over the present-day Savage Mountain and onto the next. Along with the party marched a free black man, a frontiersman known only as “Nemesis”. A fierce fight ensued on May 28, 1756.  Nemesis, described only as “large and powerfully built”, fought bravely, but lost his life. He was buried on the site, where Cresap named the mountain in his honor. “Negro Mountain”, the long ridge of the Allegheny Mountains stretching from Deep Creek Lake in Maryland, north to the Casselman River in Pennsylvania, stands to this day as his monument. Feature image, top of page, the painting “Shades of Death” by artist Lee Teter, depicts Colonel Thomas Cresap comforting the mortally wounded, heroic frontiersman. 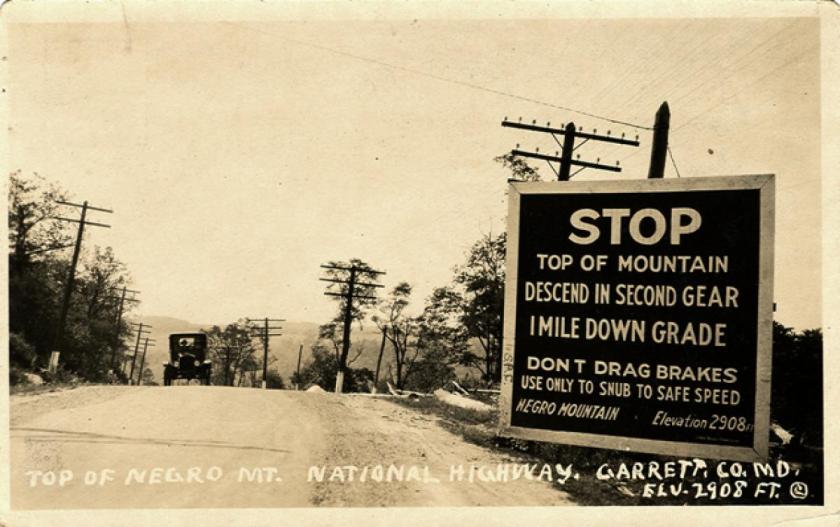