The “Iron Lady”, Prime Minister Margaret Thatcher herself, appears to have been a fan, doing a more than passable version of the Dead Parrot sketch at a Conservative Party Conference in 1990.

Graham Chapman was trained and educated to be a physician, but that career trajectory was never meant to be.  John Cleese was writing for TV personality David Frost and actor/comedian Marty Feldman in 1969, when he recruited Chapman as a writing partner and “sounding board”. BBC offered the pair a show of their own in 1969, when Cleese reached out to former How To Irritate People writing partner Michael Palin, to join the team. Palin invited his own writing partner Terry Jones and colleague Eric Idle over from rival ITV, who in turn wanted American-born Terry Gilliam for his animations. 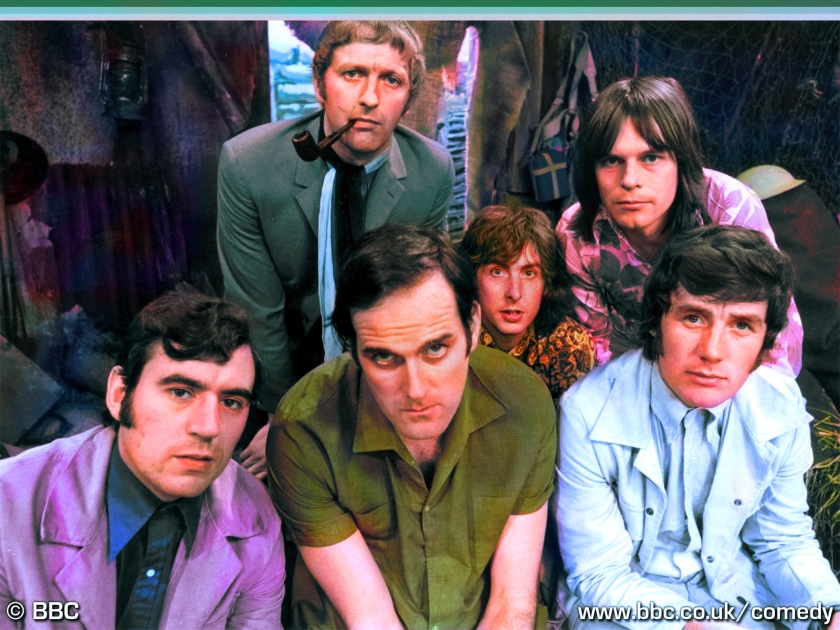 The Pythons considered several names for the new program, including “Owl Stretching Time”, “The Toad Elevating Moment”, “Vaseline Review” and “A Horse, a Spoon and a Bucket”. “Flying Circus” had come up as well. The name stuck when BBC revealed that it had already printed flyers, and weren’t about to go back to the printer.

The show was a collaborative process, beginning with the first broadcast on October 5, 1969. With no writers of their own, the six would divide into groups and write their own material. Whether any given sketch would make it into the program, was always a democratic process.

Different Python factions were responsible for different elements of the team’s humor. The work of the Oxford educated Terry Jones and Michael Palin was more visual, and a little more off the wall. The Spanish Inquisition bursting into the suburban apartment is a prime example, while the Cambridge educated John Cleese and Graham Chapman were more confrontational – “This is abuse. I came here for an argument”.  Cleese described Eric Idle’s work:  “anything that got utterly involved with words and disappeared up any personal orifice was Eric’s”.  The Man who Spoke in Anagrams.  Terry Gilliam was the guy behind the animation.

The Flying Circus broke new ground with techniques like the “cold open”. With no titles, credits, or opening theme, Michael Palin would crawl across the tundra a la Robinson Crusoe, looking into the camera and saying “It’s“… And off they went. The cold open sometimes lasted until the middle of the show. Occasionally, the Pythons fooled viewers by rolling closing credits halfway through, usually continuing the gag by fading to the BBC logo while Cleese parodied the tones of a BBC announcer. On one occasion, closing credits ran directly after the opening titles.

I personally learned to never leave a Python film during closing credits, finding my reward for sticking around at the end of the Life of Brian was to learn who wiped the moose’s noses. As I recall, it was John J. Llama.

The “Iron Lady”, Prime Minister Margaret Thatcher herself, appears to have been a fan, doing a more than passable version of the Dead Parrot sketch at a Conservative Party Conference in 1990.

The Pythons shared a dislike for “capping” bits with punchlines, and experimented with ending sketches by cutting abruptly to another scene, or breaking the rules altogether by addressing the camera directly. The knight in armor, played by Terry Gilliam, would wander onto the set and whack people over the head with a rubber chicken. Chapman’s “Colonel” character would walk into sketches and order them stopped because things were becoming “far too silly.”

Gilliam’s animations were a favorite technique, when a 16 ton weight would drop from the sky, or else it was Cupid’s foot – yes, that’s Cupid’s foot – cut from a reproduction of the Renaissance masterpiece “Venus, Cupid, Folly, and Time” by Il Bronzino. 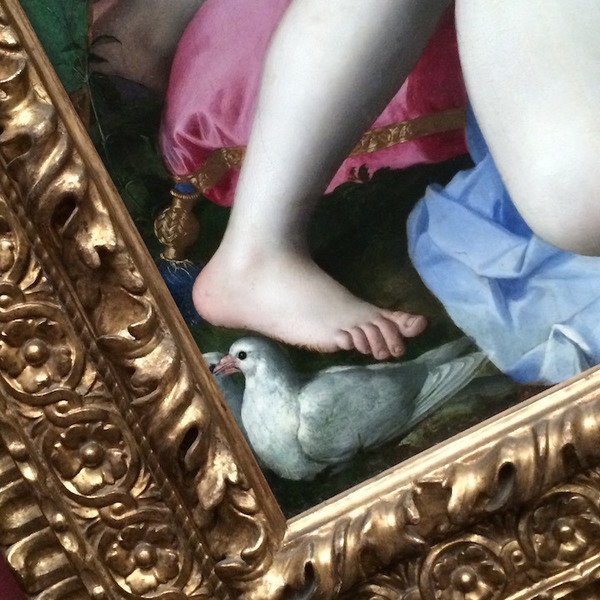 John Cleese left the Flying Circus at the end of the third season. He had considered doing so at the end of the second, feeling that he had little original material to offer the show. He found Chapman difficult to work with, who was at this time a full tilt alcoholic. Cleese could be difficult himself. Eric Idle once said of John Cleese. “He’s so funny because he never wanted to be liked. That gives him a certain fascinating, arrogant freedom”.

The group reunited in 1974 to do the Holy Grail, filmed on location in Scotland on a budget of £229,000. The money was raised in part by investments from musical figures like Pink Floyd, Jethro Tull and Led Zeppelin backer Tony Stratton-Smith.

Investors in the film wanted to cut the famous Black Knight scene, (“None shall pass”), but were eventually persuaded to keep it in the film. Good thing, the scene became second only to the Holy Hand Grenade of Antioch and the Killer Rabbit. “What’s he going to do, nibble my bum?”

Graham Chapman is best remembered as King Arthur in the Holy Grail, and Brian Cohen in the Life of Brian.  Chapman died of spinal and throat cancer on the 20th anniversary of their first broadcast. John Cleese delivered a uniquely Pythonesque eulogy, which sounded a lot like the Dead Parrot sketch. “”Graham Chapman, co-author of the Parrot sketch, is no more,” he began. “He has ceased to be, bereft of life, he rests in peace, he has kicked the bucket, hopped the twig, bit the dust, snuffed it, breathed his last, and gone to meet the Great Head of Light Entertainment in the sky…”

I don’t believe he’d have had it any other way. Silly bunt.