In the end, Father Kapaun was too weak to lift the plate holding the meager ration the guards had left for him. US Army records report that he died of pneumonia on May 6, 1951.  He was 35. 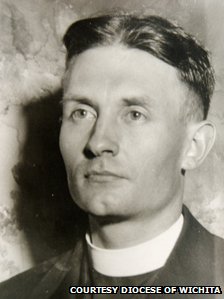 Kapaun once lost his Mass kit to enemy fire. He earned a Bronze Star in September that year, when he ran through intense enemy fire to rescue a wounded soldier. His was no rear-echelon ministry. 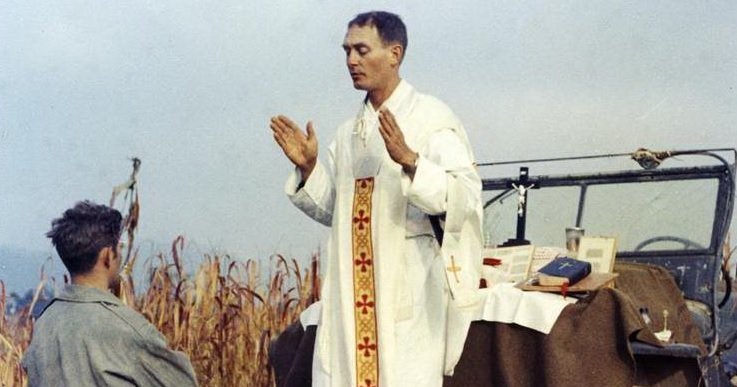 Prisoners were force marched 87 miles to a Communist POW camp near Pyoktong, in North Korea. Conditions in the camp were gruesome. 1st Lt. Michael Dowe was among the prisoners, it’s through him that we know much of what happened there. Dowe later described Father Kapaun trading his watch for a blanket, only to cut it up to fashion socks for the feet of fellow prisoners. 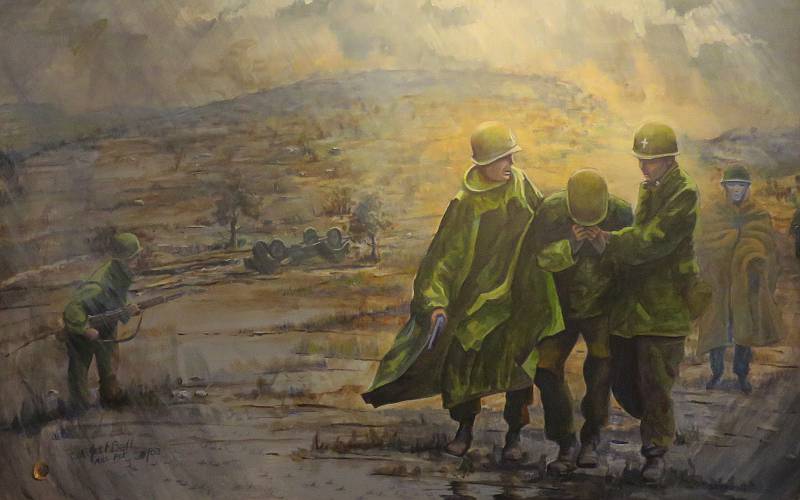 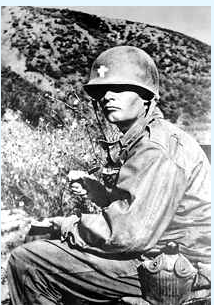 Starving, suffering from a blood clot in his leg and a severe eye infection, Father Kapaun led Easter services in April, 1951. He was incapacitated a short time later. Chinese guards carried him off to a “hospital” – a fetid, stinking part of the camp known to prisoners as the “Death House”, from which few ever returned. “If I don’t come back”, he said, “tell my Bishop that I died a happy death.”

In the end, Father Kapaun was too weak to lift the plate holding the meager ration the guards had left for him. US Army records report that Fr. Kapaun died of pneumonia on May 6, 1951.

His fellow prisoners will tell you that he died on the 23rd, of malnutrition and starvation. He was 35.

Scores of men credit their survival to Chaplain Kapaun. In 2013, President Barack Obama presented Kapaun’s family with the Medal of Honor, posthumous, for his heroism at Unsan. The New York Times reported that April, “The chaplain “calmly walked through withering enemy fire” and hand-to-hand combat to provide medical aid, comforting words or the last rites of the Roman Catholic Church to the wounded, the citation said. When he saw a Chinese soldier about to execute a wounded comrade, Sgt. First Class Herbert A. Miller, he rushed to push the gun away. Mr. Miller, now 88, was at the White House for the ceremony with other veterans, former prisoners of war and members of the Kapaun family”.

Pope John Paul II named Father Kapaun a “Servant of God” in 1993, the first step toward Roman Catholic Sainthood. On November 9, 2015, the Catholic Diocese of Wichita submitted a 1,066 page report on the life of Chaplain Kapaun, to the Roman Curia at the Vatican. A team of six historians reviewed the case for beatification. On June 21, 2016, the committee unanimously approved the petition. At the time I write this, Father Emil Joseph Kapaun’s supporters continue working to have him declared a Saint of the Roman Catholic Church, for his lifesaving ministrations at Pyoktong.