284 Japanese balloon bombs are known to have completed the Pacific crossing to the United States, Mexico and Canada. Experts estimate as many as 1,000 may have made it.

Following the eruption of the Krakatoa volcano in 1883, weather watchers described an eastbound, upper atmospheric air current described as the “equatorial smoke stream”.

In the 1920s, Japanese meteorologist Wasaburo Oishi tracked these upper level winds from a site near Mount Fuji, using pilot balloons. Oishi doomed his work to international obscurity when he published his findings in Esperanto. Inside Japan, there were those who took note, filing away this new-found knowledge of what we now call the “Jet Stream”.

In the latter half of WWII, Imperial Japanese military planners conceived the fūsen bakudan or “fire balloon”, a hydrogen filled balloon device designed to ride the jet stream, using sand ballast and a valve system to navigate the weapon system onto the North American continent.

With sandbags, explosives, and the device which made the thing work, the total payload was about a thousand pounds on liftoff. The first such device was released on November 3, 1944, beginning the crossing to the west coast of North America. 9,300 such balloons were released with military payloads, between late 1944 and April, 1945.

Such a long-range attack would not be duplicated until the 1982 Falklands War, and was near unimaginable at the time.

In 1945, intercontinental weapons were more in the realm of science fiction. As these devices began to appear, American authorities theorized that they originated with submarine-based beach assaults, German POW camps, and even the internment camps into which the Roosevelt administration herded Japanese Americans.

These “washi” paper balloons flew at high altitude and surprisingly quickly, completing the Pacific crossing in three days. Balloons landed from Alaska to Northern Mexico, and as far east as Detroit. Fighter aircraft shot down fewer than 20.

A P-38 Lightning fighter shot one down near Santa Rosa, California, while Yerington, Nevada cowboys cut one up to make hay tarps. Pieces of balloon were found in the streets of Los Angeles. A prospector near Elko Nevada delivered one to local authorities, on the back of a donkey.

Among US units assigned to fight fire balloons was the 555th Parachute Infantry Battalion, which suffered one fatality and 22 injuries fighting fires.

One of the last balloons came down on March 10 near Hanford Washington, shorting out power lines supplying electricity for Manhattan Project nuclear reactor cooling pumps. The war in the Pacific could have ended very differently, had not backup safety devices restored power, almost immediately.

Colonel Sigmund Poole, head of the U.S. Geological Survey military geology unit, asked, “Where’d the damned sand come from?” Microscopic analysis of sand ballast identified diatoms and other microscopic sea life. This and the mineral content of the sand itself proved to be definitive. This stuff could only have come from the home islands of Japan, more specifically, one or two beaches on the island of Honshu. 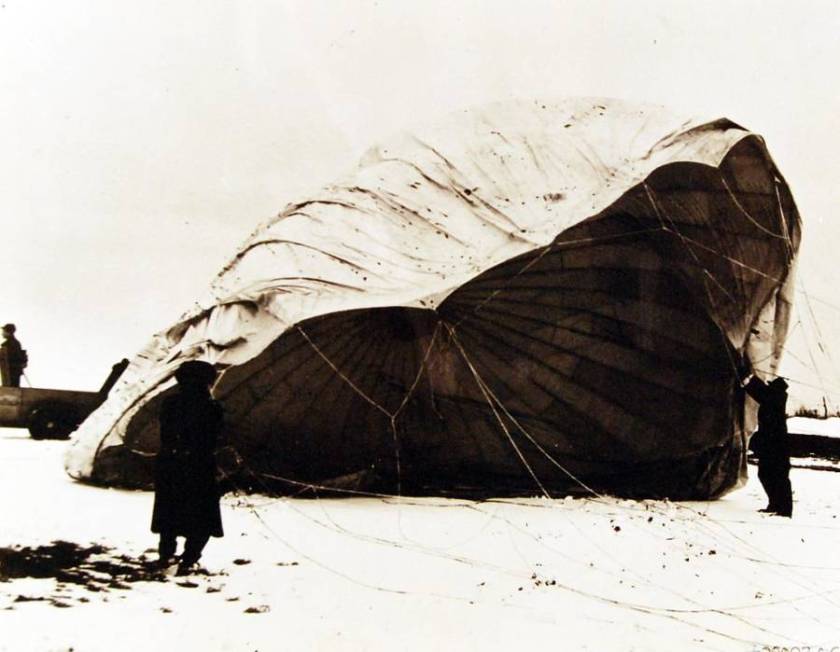 American authorities were alarmed. Anti-personnel and incendiary bombs were relatively low grade threats. Not so the biological weapons Japanese military authorities were known to be developing at the infamous Unit 731, in northern China.

284 of these weapons are known to have completed the Pacific crossing to the United States, Mexico and Canada. Experts estimate as many as 1,000 may have made it. 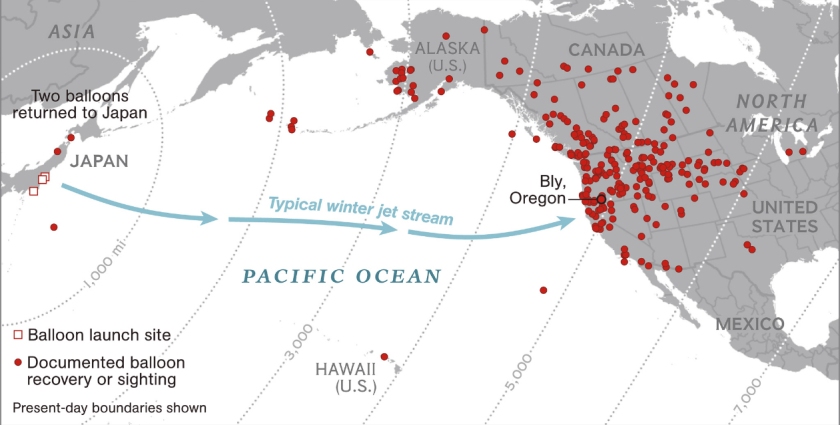 Sightings were reported in seventeen US states. Pilots were ordered to shoot them down on sight, but many devices escaped detection, altogether.

In an effort to deny valuable intelligence to their Japanese adversary, US military and government authorities did everything they could to keep these “Fire Bombs” out of the media. Even though such secrecy put Americans at risk.

Japanese Authorities reported that the bombs were hitting key targets, thousands were dead or injured, and American morale was low.

On the morning of May 5, 1945, Pastor Archie Mitchell and his wife Elsie took their Sunday school class of five on a picnic to a forest area near Bly, Oregon. Elsie and the kids came upon a large balloon with a strange looking device attached to it, as Pastor Mitchell parked the car. There was no way they could have known, what they had found was a Japanese weapon of war. The device exploded, killing all six, instantly.

Several such devices exploded, igniting wildfires in the forests of California, Oregon and Washington, but the site near Bly is the only one known to have resulted in American casualties.

Today there is a small picnic area located in the Fremont-Winema National Forest, in Lake County, Oregon. It’s maintained by the US Forest Service, memorialized as the Mitchell Recreation Area and listed on the National Register of Historic Places. A small stone marker points the way to a shrapnel scarred tree. 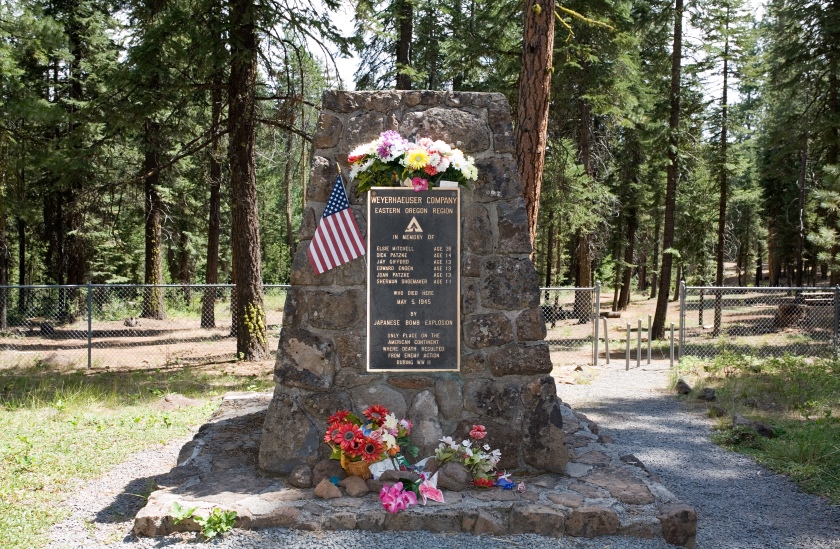 A second memorial bears these words, cast in bronze: The “only place on the American continent where death resulted from enemy action during World War II”. There are six names above those words, those of five children and their teacher, who was pregnant at the time. Elsie Mitchell, age 26. Edward Engen, age 13. Jay Gifford, age 13. Joan Patzke, age 13. Dick Patzke, age 14. Sherman Shoemaker, age 11.