The Dutchess County Militia had to be called up.  The Colonel himself had only a single night to prepare for battle, and this rider was exhausted.  The job would have to go to Colonel Ludington’s first-born.  His daughter, Sybil.

Listen my children and you shall hear,
Of the midnight ride of…Sybil Ludington.

Paul Revere’s famous “midnight ride” began on the night of April 18, 1775.  Revere was one of two riders, soon joined by a third, fanning out from Boston to warn of an oncoming column of “regulars”, come to destroy the stockpile of gunpowder, ammunition, and cannon in Concord.

Revere himself covered barely 12 miles before being captured, his horse confiscated to replace the tired mount of a British sergeant.  Revere would finish his “ride” on foot, arriving at sunrise on the 19th to witness the last moments of the battle on Lexington Green.

William Tryon was the Royal Governor of New York, a long-standing advocate for attacks on civilian targets.  In 1777, Tryon was also a Major-General of the provincial army.  On April 25th, Tryon set sail for the Connecticut coast of Long Island Sound with a force of 1,800, intending to destroy Danbury.

Patriot Colonel Joseph Cooke’s small Danbury garrison was caught and quickly overpowered on the 26th, trying to remove food supplies, uniforms, and equipment.  Facing little if any opposition, Tryon’s forces went on a bender, burning homes, farms and storehouses.  Thousands of barrels of pork, beef and flour were destroyed, along with 5,000 pairs of shoes, 2,000 bushels of grain, and 1,600 tents.

Colonel Henry Ludington was a farmer and father of 12, with a long military career.  A long-standing and loyal subject of the British crown, Ludington switched sides in 1773, joining the rebel cause and rising to command the 7th Regiment of the Dutchess County Militia, in New York’s Hudson Valley.

In April 1777, Ludington’s militia was disbanded for planting season, returned to homes across the countryside.  Soaked to the skin and exhausted, a rider arrived at the Ludington farm on the night of the 26th, on an equally soaked and exhausted horse.  With a driving rain cascading in sheets off an empty saddle, the rider explained the purpose of his visit.  15 miles away, British regulars and a loyalist force were burning Danbury to the ground.

The Dutchess County Militia had to be called up.  The Colonel himself had only a single night to prepare for battle, and this rider was done for.  The job would have to go to the Colonel’s first-born.  That meant Ludington’s daughter Sybil, and she was barely sixteen.

From Poughkeepsie to what is now Putnam County and back, the “Female Paul Revere” rode across the lower Hudson River Valley, covering 40 miles in the pitch darkness of night, alerting her father’s militia to the danger and urging them to come out and fight.  She’d use a stick to knock on doors, even using it once to beat back a highway bandit.

By the time that Sybil returned the next morning, cold, rain-soaked, and exhausted, most of 400 militia members were prepared to march.

35 miles east of Danbury, General Benedict Arnold was gathering a force of 500 regular and irregular Connecticut militia, along with Generals David Wooster and Gold Selleck Silliman.

Arnold’s forces arrived too late to save Danbury, but inflicted a nasty surprise on the British rearguard as the column approached nearby Ridgefield.  Never outnumbered by less than three-to-one, Connecticut militia was able to slow the British advance until Ludington’s New York Militia arrived on the following day.  The last phase of the action saw the same type of swarming harassment, as seen on the British retreat from Concord to Boston, earlier in the war.

Though the British operation was a tactical success, the mauling suffered at the hands of colonials ensured that this was the last hostile British landing on the Connecticut coast.

The British raid on Danbury destroyed at least 19 houses and 22 stores and barns.  Town officials submitted £16,000 in claims to Congress, for which town selectmen received £500 reimbursement.  Further claims were made to the General Assembly of Connecticut in 1787, for which Danbury was awarded land.  In Ohio.

The old Keeler Tavern in Ridgefield is now a museum.  The British cannonball fired into the side of the building, remains there to this day. 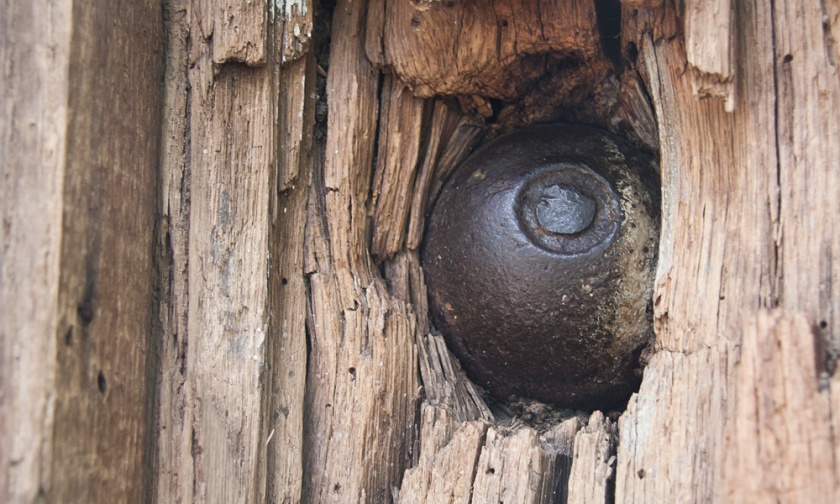 At the time, Benedict Arnold planned to travel to Philadelphia, to protest the promotion of officers junior to himself, to Major General.  Arnold, who’d had two horses shot out from under him at Ridgefield, was promoted to Major General in recognition of his role in the battle.  Along with that promotion came a horse, “properly caparisoned as a token of … approbation of his gallant conduct … in the late enterprize to Danbury.”

The pride which would one day be Arnold’s undoing, was assuaged.  For a time.

Henry Ludington became Aide-de-Camp to General George Washington, and grandfather to Harrison Ludington, future mayor of Milwaukee and the 12th Governor of Wisconsin.

Gold Silliman was kidnapped with his son by a first marriage by Tory neighbors, and held for nearly seven months at a New York farmhouse.  Having no hostage of equal rank with whom to exchange for the General, Patriot forces went out and kidnapped one of their own, in the person of Chief Justice Judge Thomas Jones, of Long Island. 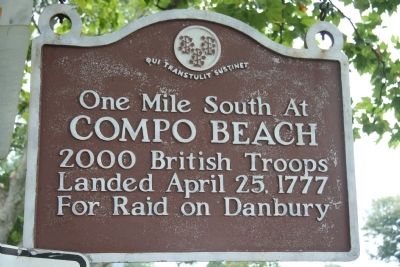 Mary Silliman was left to run the farm, and negotiate for the release of her husband.  The 1993 made-for-TV movie “Mary Silliman’s War” tells a story of non-combatants, pregnant mothers and farm wives, during the Revolution.

General David Wooster was mortally wounded at the Battle of Ridgefield, moments after shouting “Come on my boys! Never mind such random shots!”  Today, an archway marks the entrance to Wooster Square, in the East Rock Neighborhood of New Haven.

Sybil Ludington received the thanks of family and friends, even George Washington himself, and then stepped off the pages of history.

Paul Revere’s famous ride would likewise have faded into obscurity, but for the poetry of Henry Wadsworth Longfellow.  86 years later. 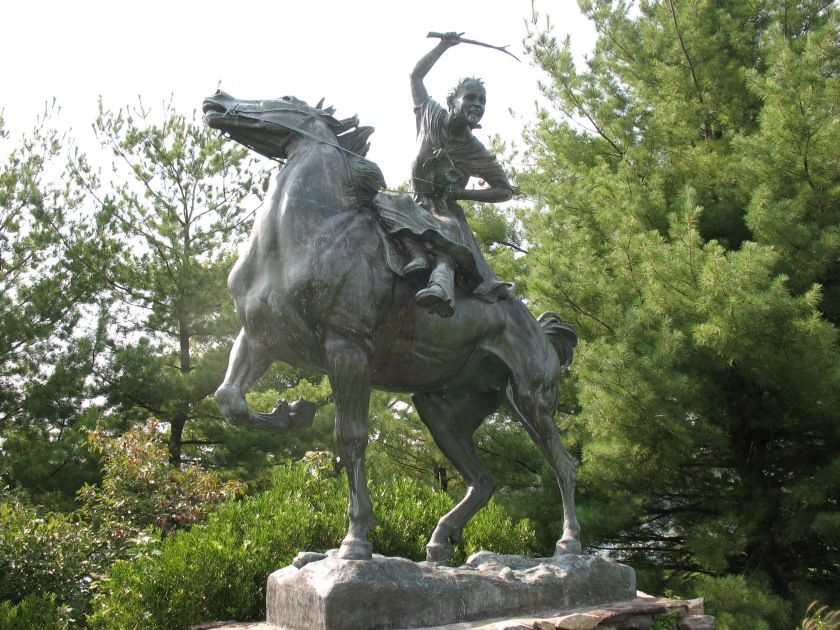