Even a former adversary couldn’t help but admire the feat.  Days later, British Vice Admiral Lord Horatio Nelson called Decatur’s raid the “most bold and daring act of the age.”

Historic accounts differ as to the early success of the Islamic conquests.  Contemporary Christian sources saw them as God’s punishment for the sins of fellow Christians.  Early Muslim sources describe the rising empire as evidence of divine favor, reflections of the religious zeal of the conquerors.

Be that is it may, Islamic expansion enveloped the Arabian Peninsula in the last ten years of the life of Muhammad (622-632), at the expense of the Roman Byzantines and the Sassanid Empire of the Persians.  Syria fell in 634, followed by Egypt, Mesopotamia and Persia.  By 750, the Umayyad Caliphs had subjugated much of the Balkan states, part of the Indian sub-continent, all of North Africa, most of Spain, and parts of Southern France and Sicily.  By the age of Columbus, the Mediterranean was a place where you traveled at your own risk.

Those of us of European ancestry owe our heritage, if not our existence, to the Christian warriors who defeated the Jihadist time after time. There was Pelagius, who stopped a military force of the Umayyad Caliphate at Covadonga in 722, without which there would be no Reconquista, no Ferdinand and Isabella, and we wouldn’t know the name of Christopher Columbus.

The father of Charlemagne, Charles “The Hammer” Martel, blocked the Muslim advance into Western Europe at the Battle of Tours, in 732. 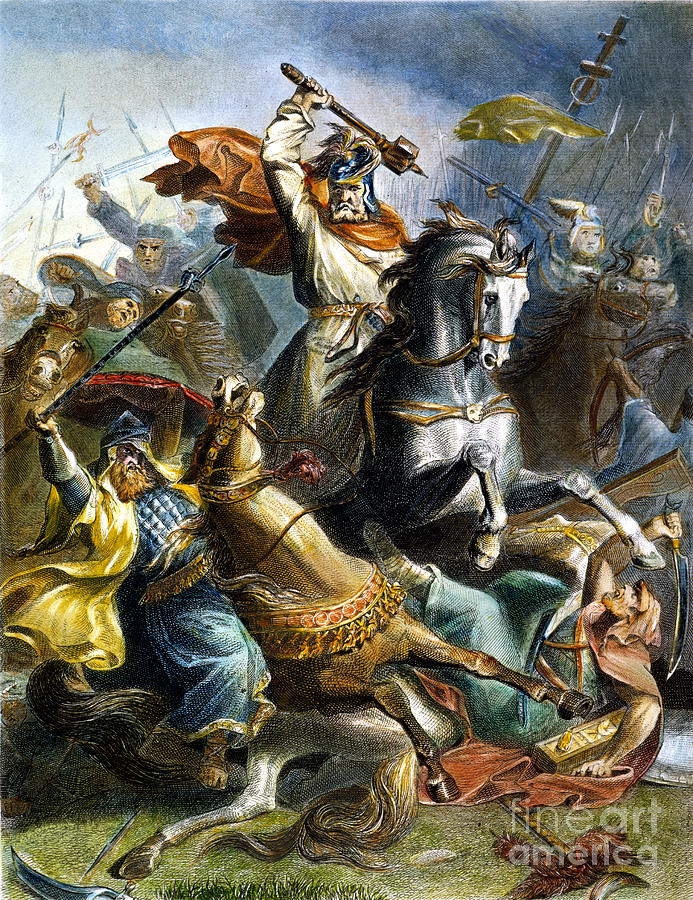 If Marcantonio Bragadin is remembered at all, it is for being betrayed, tortured and skinned alive by Lala Mustafa Pasha. Yet, it is Bragadin’s stubborn defense of the eastern Mediterranean outpost of Famagusta in 1571, which gave European principalities time to assemble naval forces in numbers sufficient to defend the European coast, near a place called Lepanto.

The 1683 Siege of Vienna, at the crossroads of eastern and western Europe, was a hard fought contest which could have gone either way, until the arrival of a Polish army under King Jan Sobieski. The Ottomans were defeated and turned back from the conquest of Eastern Europe by the largest cavalry charge in all of history, 18,000 horsemen of the Polish King and the Holy Roman Emperor, thundering down the hill and into the lines of Mustafa Pasha. 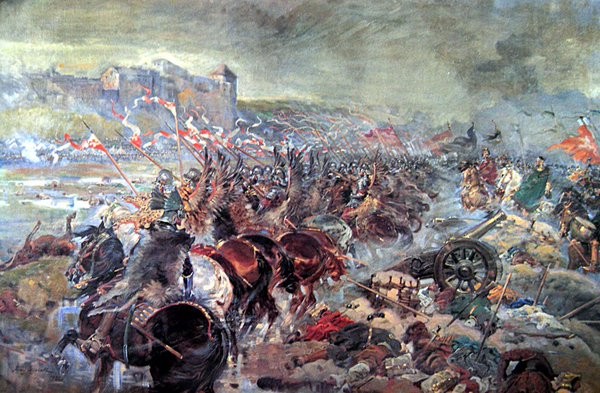 Throughout the period, “Saracens” plundered everything that could be carried away: animals, provisions, fabrics, precious metals and money:  especially men, women and children who could be sold for a good price at the slave markets.  Redemption of captives being among the corporal works of mercy, the “Mathurins” Order of the Holy Trinity was founded in 1198 for the purpose of paying the ransom of Christians held captive by non-Christians, as a consequence of crusading and pirating along the southern European coastline.

Even Ireland, with its northern latitude, wasn’t immune to such raids. The renegade Dutchman-turned Barbary pirate Murat Reis attacked the village of Baltimore in County Cork, in 1631. With him were pirates from Algiers and armed troops of the Ottoman Empire, who captured all the villagers they could find, taking 107 away to the slave markets of North Africa.  Years later, three women were ransomed and returned to Ireland.  The rest lived out their lives as slaves, or locked away in harems or inside the walls of the sultan’s palace.

Sidi Muhammad ibn Abdallah, Sultan of Morocco, opened his ports to trade with the fledgling United States in 1777, making Morocco the first country whose head of state publicly recognized the United States.  Abdallah saw the future for his country in foreign trade, and actively sought a treaty relationship with the US, well before war ended with Great Britain.  The treaty signed by Thomas Barclay and Sultan Muhammad III in 1786 and ratified by the Confederation Congress the following July is still in effect today, the longest continuous treaty relationship in United States history.

Diplomacy had succeeded with Morocco, but not with Algiers, Tunis or Tripoli, each of which demanded $660,000 in tribute.

Algeria captured the schooners Maria and Dauphin in 1785, the captured crews held in conditions of slavery for over a decade. The sum negotiated for their release exceeded $1 million, more than 1/6th the entire budget of the United States.  Eleven American ships were captured in 1793 alone, their crews and stores held for ransom.

Yusuf Karamanli, Pasha of Tripoli, demanded $225,000 in tribute on President Jefferson’s inauguration, in 1801.  At this time, Federal revenues were barely over $10 million.  Jefferson refused, resulting in the first Barbary War, a conflict memorialized in a line from the Marine Corps Hymn “From the Halls of Montezuma to the Shores of Tripoli”.

While giving chase and firing on a pirate vessel, USS Philadelphia ran aground on an uncharted reef, two miles outside of Tripoli.  Fearing the 1,240 ton, 36-gun frigate would be captured and added to the Tripolitan navy, Lieutenant Stephen Decatur led a daring expedition into Tripoli harbor to destroy the captured vessel. 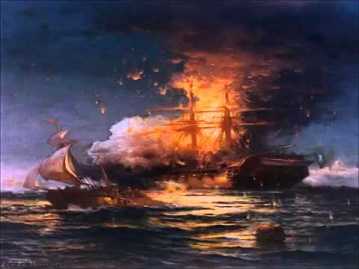 On the evening of February 16, 1804, Decatur entered Tripoli Harbor with a force of 74 Marines.  With them were five Sicilian volunteers, including pilot Salvador Catalano, who spoke fluent Arabic.  Disguised as Maltese sailors and careful not to draw fire from shore batteries, Decatur’s force boarded the frigate, killing or capturing all but two of its Tripolitan crew.  Decatur and his marines had hoped to sail Philadelphia out of harbor, but soon found she was in no condition to leave.  Setting combustibles about the deck, they set the frigate ablaze.  Ropes burned off, setting the Philadelphia adrift in the harbor.  Loaded cannon cooked off as the blaze spread, firing random balls into the town. It must have been a sight, when gunpowder stores ignited and the entire ship exploded.

By that time Decatur and his men had slipped away, without the loss of a single man.  Even a former adversary couldn’t help but admire the feat.  Days later, British Vice Admiral Lord Horatio Nelson called Decatur’s raid the “most bold and daring act of the age.”