The National WWII Museum in New Orleans reports on its website that the men and women who fought and won the great conflict are now passing at a rate of 550 per day.  How many, I wonder, might think back and remember passage on the most successful troop transport of their day. 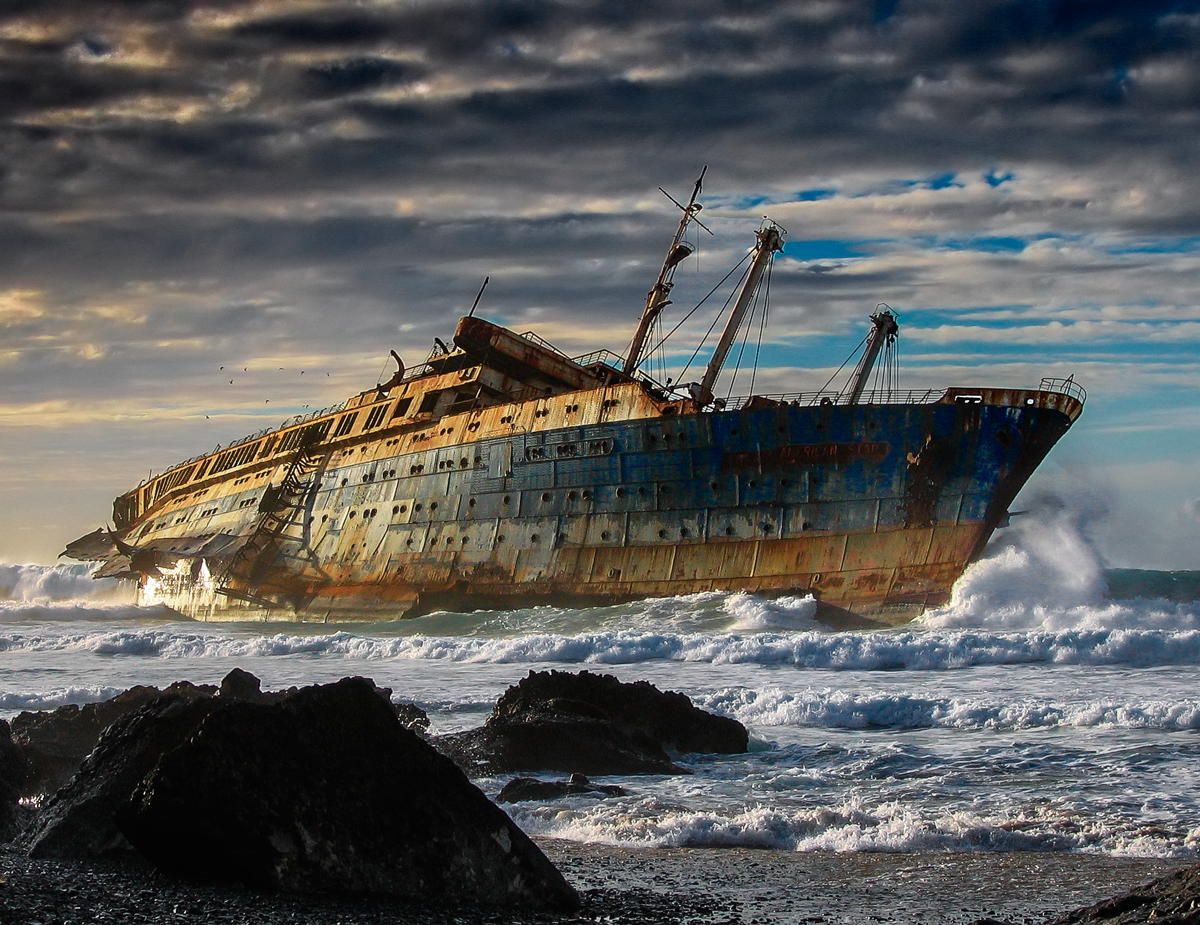 The Federal Government passed the Merchant Marine Act in 1936, “to further the development and maintenance of an adequate and well-balanced American merchant marine”.

The act served multiple purposes, among them the modernization of what was then a largely WWI vintage merchant marine fleet, serving as the basis for a naval auxiliary that could be activated in time of war or national emergency.

Naval interiors of the age tended to be stodgy and overwrought.  SS America has the almost unique distinction of having its interiors designed entirely by women, as naval architect William Francis Gibbs turned to the all-female team of Miriam Smyth, Ann Urquhart & Dorothy Marckwald.   “It is not without reason”, according to team leader “Dot” Marckwald, “the majority of the passengers are women, and no man could ever know as much about their comfort problems and taste reactions as another woman”.

SS America was christened by Eleanor Roosevelt and launched on August 31, 1939.  The next day, Adolf Hitler invaded Poland.

America would serve as a passenger liner for the two years remaining to American neutrality.  American flags were painted on both sides of her hull, and at night she sailed while fully illuminated.

Where there are government subsidies, there are strings.  For SS America, those strings were pulled on May 28, 1941, while the ship was at port in Saint Thomas, in the US Virgin Islands.  The ship had been called into service by the United States Navy, and ordered to return to Newport News.

Re-christened the USS West Point, she served as a transport for the remainder of the war, carrying in excess of 350,000 troops and other passengers by 1946.  It was the largest total of any Navy troop ship in service during WWII, and included USO entertainers, Red Cross workers, and prisoners of war.  As SS America, she had even carried two Nazi spies as part of her crew, until their discharge on the vessel’s return to Virginia.  The two spies, Franz Joseph Stigler and Erwin Wilheim Siegler, were members of the Duquesne spy ring, reporting allied movements in the Panama Canal Zone until they and 31 of their cohorts were found out late in 1941. 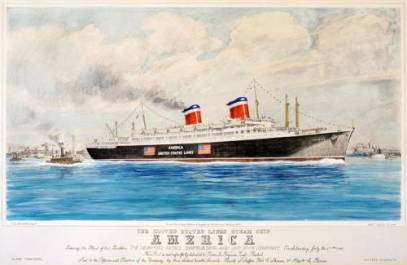 Returned to civilian service in 1946 and re-christened SS America, the ship remained a favorite for cruise ship vacationers through most of the fifties.  By 1964, the competition from larger, faster ships and the airlines had put the best years behind the aging liner.

Sold and then sold again, she had come full circle by 1978, when new owners tried to capitalize on the old ship’s mystique.  She was in terrible condition and her refit nowhere near complete when SS America set sail on her first cruise on June 30, 1978.  There was rusted metal, oil soaked rags and backed up sewage.  There were filthy mattresses and soiled linens, and so many complaints that the ship turned back after barely clearing the Statue of Liberty.

Impounded for non-payment of debts and receiving an inspection score of 6 out of a possible 100 points by the Public Health Service, the US District Court ordered SS America to be sold at auction.

She was sold to a Syrian shipowner in 1984, who renamed her “Alferdoss”, to be converted into a hotel ship, off the coast of Libya.  The name means “paradise” in Arabic. At this point, she was anything but.  There was one offer to use Alferdoss as an offshore prison ship in Texas which the owner rejected, asking “What kind of a fate for a once-proud ship would that be?”

The hulk of the SS America seemed destined for the scrap heap in 1992, when a surprising offer came in from the Chao Phraya Developement Transport Company of Thailand. This outfit valued the art deco style of the 1930s interior, so evocative of the Big band era.  Sold in 1993 and renamed the American Star, the new owners planned to convert her to a five-star hotel ship off Phuket, in Thailand.

A planned 100-day tow began on New Year’s Eve 1993, but the lines broke.  On January 17, 1994, the former SS America was adrift in foul seas, running aground in the Canary Islands the following day.   Discussions of salvage operations were soon quashed, as the ship broke in two in the pounding surf.

The National WWII Museum in New Orleans reports on its website that the men and women who fought and won the great conflict are now passing at a rate of 550 per day.  How many, I wonder, might think back and remember passage on the most successful troop transport of its day.

By the spring of 2013, the only time you could tell there was a wreck on the beach, was at low tide.