According to Halvorson, “John Lennon once asked Huges to trepan him, but Bart told him he was a third-eyer, so he wouldn’t notice any difference.” 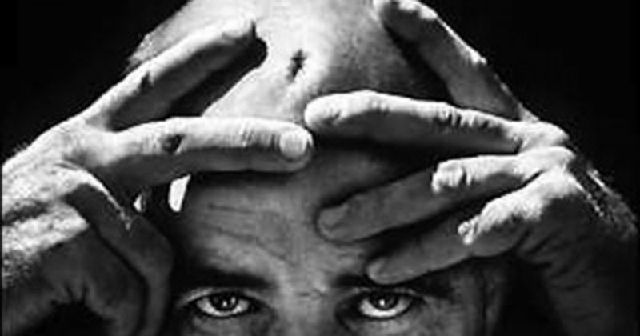 The procedure is called “trepanation”.  It may be the oldest surgical operation for which there is archaeological evidence.  Trepanation involves drilling or scraping a hole into the human head, and seems to have begun sometime in the Neolithic, or “New Stone Age” period.

One archaeological dig in France uncovered 120 skulls, 40 of which showed signs of trepanation. Another such skull was recovered from a 5th millennium BC dig in Azerbaijan. A number of 2nd millennium BC specimens have been unearthed in pre-Colombian Mesoamerica; the area now occupied by the central Mexican highlands through Belize, Guatemala, El Salvador, Honduras, Nicaragua, and northern Costa Rica.

Hippocrates, the “Father of Western Medicine”, described the procedure in detail in his treatise “On Injuries of the Head,” written sometime around 400BC. The Roman physician Galen of Pergamon expanded on the procedure, some 500 years later.

Archaeologists discovered 1 in eight of all the skulls in pre-Christian era Magyar (Hungarian) graveyards, to have been trepanned.

Trepanation has obvious applications in the treatment of head trauma, though the procedure has been used to treat everything from seizures to migraines to mental disorders. During medieval times, the procedure was used to liberate demons from the heads of the possessed and to cure ailments ranging from meningitis to epilepsy.

Trepanation took on airs of pseudo-science, many would say “quackery”, when the Dutch librarian Hugo Bart Hughes published “The Mechanism of Brain Blood Volume” in 1964. In it, Hughes contends that our brains drain of blood and cerebrospinal fluid when we begin to walk upright, and continues to do so, the older we get.

According to Hughes, young children are far more creative than adults due to a “natural trepanation effect”, as the fontanel or cranial “soft spot” allows for greater “elasticity” and “pulsation” of the brain.

To prove the value of his ‘third eye’ theory, to his own satisfaction if to no one else, Hughes drilled a hole in his own skull in 1965, using a Black & Decker electric drill. He must have thought it proved the point, because he expanded on his theory with “Trepanation: A Cure for Psychosis”, followed by an autobiography, “The Book with the Hole”, published in 1972.

Peter Halvorson, a Hughes follower and director of the International Trepanation Advocacy Group (ITAG), was at first skeptical of the idea.  “It was a time of my life when I felt a certain dullness. I was very much a sealed-skull adult, and I was struggling with that. After the trepanation I felt a positive lift. There’s no doubt trepanation is an enhancement.”

Halvorson trepanned himself with an electric drill in 1972. Today, he explains on his ITAG website (www.trepan.com) that “The hypothesis here at ITAG has been that making an opening in the skull favorably alters movement of blood through the brain and improves brain functions which are more important than ever before in history to adapt to an ever more rapidly changing world”.

According to Halvorson, “John Lennon once asked Hughes to trepan him, but Bart told him he was a third-eyer, so he wouldn’t notice any difference.” 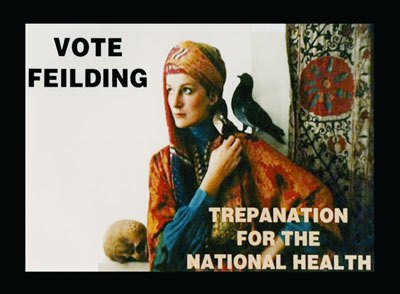 At age 27, Amanda Feilding brought an electric dentist’s drill to her London apartment, and drilled a hole in her skull. After four unsuccessful years trying to find a surgeon to do it for her, “I thought, ‘Well, I’m a sculptor, I may as well do it myself'”.

Feilding is so convinced of the benefits of the procedure that she turned it into a political platform, running for the Parliament from Chelsea, on the slogan, “Vote Feilding – Trepanation for the National Health.”  In two separate runs, she garnered a total of 188 votes.

In 2000, British-born Heather Perry was living in Beryl, Utah.  Hearing that John Lennon had wanted a hole in his head, Perry set her heart on having one of her own.  On January 22, 2000, Peter Halvorson and Williams Lyons helped drill a hole in her head for producers of the ABC News program “20/20.” Thirty million viewers tuned in to the spectacle, resulting in $500 fines on the pair for practicing medicine without a license, and three years’ probation.  The two men were also ordered to undergo psychiatric evaluation.

At the time, the Iron County DA also considered charges against ABC News reporter Chris Cuomo, for aiding in the crime.

St. Louis neurologist Dr. William Landau wasn’t impressed with Hughes’ brain blood volume theory, explaining that “There is no scientific basis for this at all. It’s quackery.” Dr. Robert Daroff, Professor of Neurology at Case Western Reserve University School of Medicine, was a little more to the point. “Horseshit,” he said. “Absolute, unequivocal bullshit”. 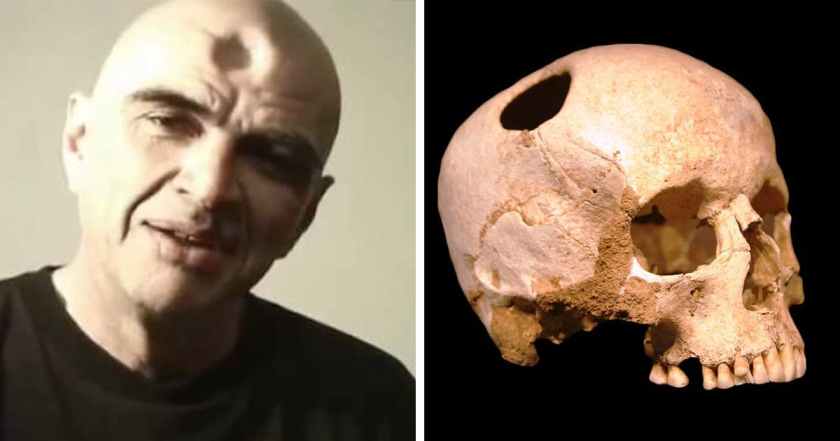