The only bright spot for the American side that day, came when Commodore Joshua Barney lead 520 seamen in a downhill charge, against a vastly superior British force. Barney took a bullet to the thigh and was captured by the British, who paroled him on the spot. Rear Admiral Sir George Cockburn was impressed with the American sailor’s show of courage, saying “They have given us the only fighting we have had.” 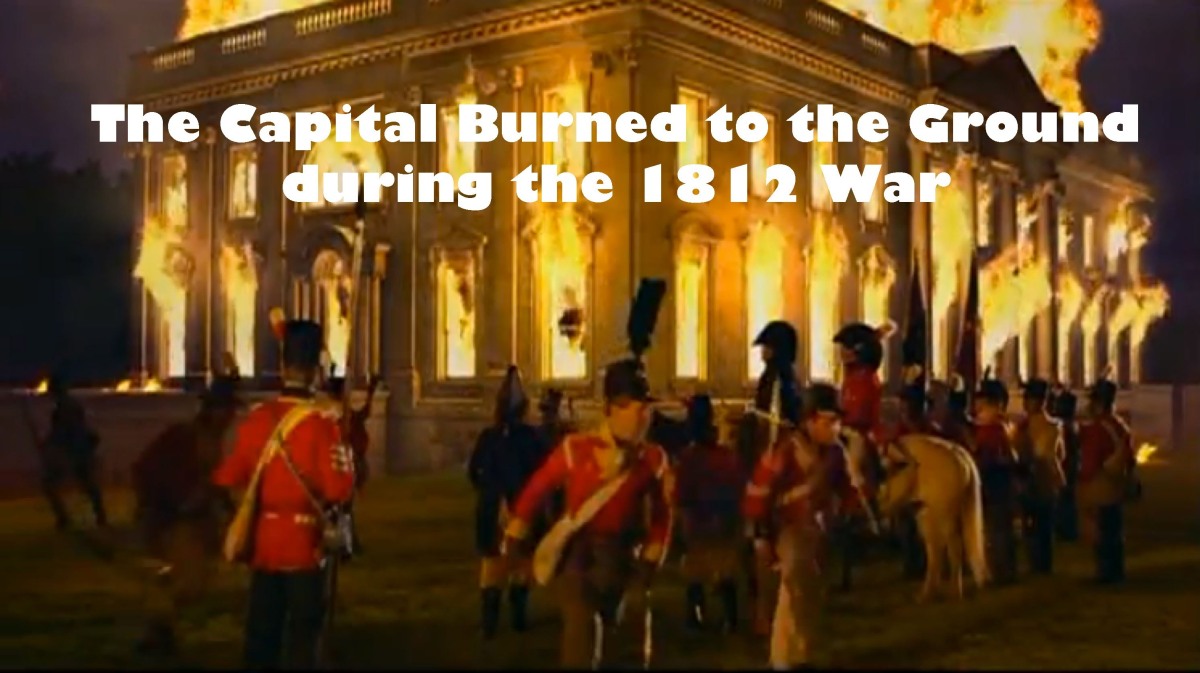 In the early years of the nineteenth century, Napoleon Bonaparte and his Grande Armée kept his Britannic Majesty’s armed forces pretty well occupied.  In the former American colonies, the first two years of the War of 1812 were little more than a series of skirmishes. 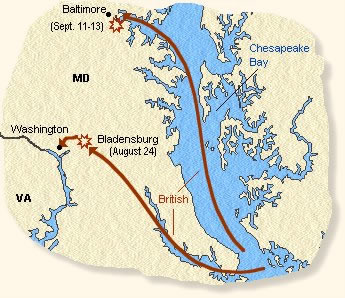 The Corsican’s defeat at Waterloo and subsequent exile to Elba freed up some of the most elite, battle hardened troops in the world.

They were met by an inexperienced and poorly equipped militia force of some 6,000 American forces at Bladensburg, Maryland, whose comprehensive defeat and humiliating rout went into the history books as the “Bladensburg Races”.  President James Madison and most of the federal government were present at the battle, and nearly captured. American militia members fled through the streets of Washington, while every politician from President Madison down to Freshman Members of Congress skedaddled across the countrysides of Maryland and Virginia.

The only bright spot for the American side that day, occurred when Commodore Joshua Barney lead 520 seamen in a downhill charge against vastly superior British forces. Barney took a bullet to the thigh and was captured by the British.  Rear Admiral Sir George Cockburn was so impressed with the American sailor’s show of courage that he paroled the man on the spot, saying “They have given us the only fighting we have had.”

The British sent an advance guard of soldiers to Capitol Hill under flag of truce, intending to discuss terms of surrender. The column was attacked by the occupants of a single house at the corner of Maryland & Constitution Ave., the only resistance the redcoats would see in the city. The house was burned, and the British raised the Union Jack over Washington DC.  Then they commenced to burn every government building they could find.

The Senate and House of Representatives buildings were the first to burn, along with the Library of Congress and Supreme Court, which at that time were located inside.  The Treasury building was next, though British hopes were disappointed to find there was no money inside.

First Lady Dolley Madison barely had time to gather up some precious objects, ordering White House staff to remove the portrait of George Washington before the “President’s House”, as the White House was then called, was overrun. The table was set for President Madison and a party of 40 at the time, the wine still cooling on a sideboard when the British set the White House of it’s day, on fire.  All night they added fuel to the flames, just to keep it going.

Portraits of King George III and his wife Queen Charlotte Sophia were discovered in one public building, and taken down before that building too, was burned.  The two portraits made their way halfway across the Atlantic to Bermuda, where they hang in the Parliament building, to this day.

The Washington Navy Yard was torched the following day, along with departments of State, War and Navy.  Admiral Cockburn entered the building of the National Intelligencer newspaper intending to burn that down, too, but several women persuaded him not to.  Instead, Cockburn ordered his troops to tear the building down brick by brick.  He ordered all the “C” typeset destroyed, too, “so that the rascals can have no further means of abusing my name.”

The largest loss of life in the whole episode occurred on the afternoon of the 25th, when

General Ross sent two hundred men to secure a fort on Greenleaf’s Point. The fort had already been destroyed by American forces, but 150 barrels of gunpowder remained. The powder ignited while the British were trying to drop it into a well, killing at least a dozen and injuring many others.

A heavy thunderstorm came up that same day, putting out many of the fires and spawning a small tornado that damaged British ships causing them to withdraw. Thomas Jefferson later sold his personal library of more than 6,000 volumes to the government, restocking the Library of Congress with his own personal collection.

The episode has been called “The greatest disgrace ever dealt to American arms”…”The most humiliating episode in American history.”  It was the only time before or since, that an enemy force has occupied our nation’s capital.