No other club in professional football history has won three consecutive championships. The Packers did it twice:  1929–1931, and 1965–1967. 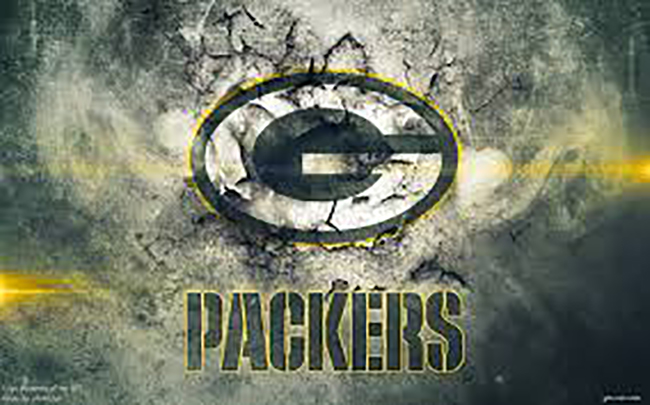 The story begins with a sidewalk conversation sometime back in 1919, between Earl “Curly” Lambeau and George Whitney Calhoun. It went something like this: “Why don’t we start up a football team?” “Ok, what do we need to do”.

Lambeau worked for the Indian Packing Company in those days, making $250 a month as a shipping clerk. The two went to Lambeau’s employer and got a commitment for $500 for team uniforms, provided that the team use the company’s name. Today, “Green Bay Packers” is the oldest team name still in use in the NFL.

The team was founded on August 11, 1921, when Lambeau and Calhoun gathered with a group of young athletes, in the editorial room of the old Green Bay Press-Gazette building.  The team did well that first season, playing on an open field with no fences or bleachers. The money came from spectators “passing the hat”, while watching the team play to a 10-1 record.  You can imagine how that worked out.

The Packers became a professional franchise when they joined the newly formed American Professional Football Association on August 27, 1921. The league revoked their franchise at the end of the season, when the Packers were revealed to have used college players in a game. It turns out that the man who told the league about it was George Halas of the Chicago Staleys, which became “Da Bears” the following year. The incident began one of the most intense sports rivalries in history, one which rivals the Boston Red Sox and New York Yankees, and lasts to this day.

In 1922, Lambeau obtained additional funding from a group of Green Bay businessmen, “The Hungry Five”, and bought the franchise back for $250, including $50 of his own money. Financial troubles continued through 1922. One game was rained out, and the insurance company wouldn’t pay off because the official amount of rain was 1/100″ short of the amount specified in the policy.

The Green Bay Football Corporation was formed to run the team in 1923, and continues to do so to this day. Other teams are owned by publicly traded corporations, such as the Atlanta Braves [Liberty Media, previously Time Warner], New York Rangers [Cablevision], and the Seattle Mariners [Nintendo of America], but the Green Bay Packers are the only franchise in American professional sports, directly owned by the public. 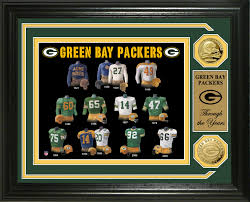 Financial troubles and micro-management persisted through the war years.  The club posted a dismal 1-10-1 record in 1958, one of the worst in league history. They hired away an assistant coach from the New York Giants that year, to be the new Head Coach.  His name was Vince Lombardi.  The first day on the job, Lombardi said “As of now, I’m in charge”.  The era of the front office running the game, was over.

The 1959 season got off to a good start, shutting out Chicago in the opener, and finishing 7-5 for their first winning record in 12 years. A 21-0 shutout of Washington on November 22 of that year, was the last Packers game to this date that didn’t sell out.

Green Bay has a population of only 105,139 according to the 2016 census, making it less than 1/10th the population of the typical NFL city. The Packers following comes from well beyond Green Bay, drawing crowds from all over Wisconsin and the Midwest. In fact, as late as 1995, the Packers played three home games a year in Milwaukee, one in pre-season, and two regular season.

No other club in professional football history has won three consecutive championships. The Packers did it twice:  1929–1931, and 1965–1967.

Green Bay won in 4 out of 5 Super Bowl victories, tied at 3rd with the New York Giants, behind the Pittsburgh Steelers with 6, a three-way tie at 5 each for the New England Patriots, San Francisco 49ers & Dallas Cowboys.  They’ve won 13 championships since the ‘20s, more than any team in professional football history.  Chicago comes in second with only 9.  The last three seasons have been rough on Da Bears, where rumor has it that a recent game was called due to an unknown white substance on the field.  Play was resumed after it was determined that it was only the end zone.  It was unlikely that anyone from Chicago was going to run into it again, anytime soon.