Kennedy and Willy remained aboard as BQ-8 completed its first remote controlled turn at 2,000′, near the North Sea coast. They removed the safety pin arming the explosive, Kennedy sending the code “Spade Flush”, to signal the task was complete. They were his last words. 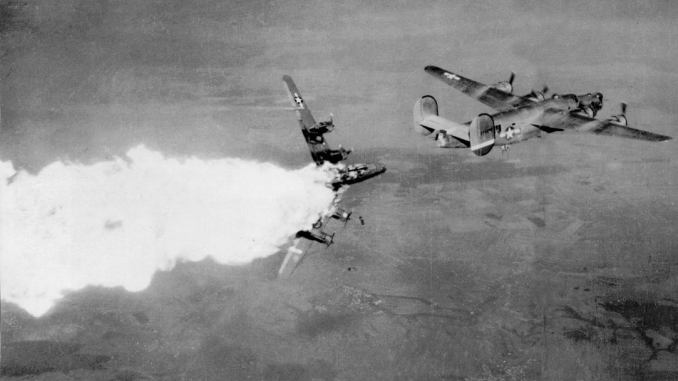 The Normandy landings were two months in the past in August 1944, with yet another 9 months of hard fighting to go before the defeat of Nazi Germany.

Allied strategic bombing was having little effect on German submarine pens and rocket launch sites. Operations “Aphrodite” and “Anvil” were supposed to help. The idea was to load old Boeing B-17 Flying Fortresses and B-24 Liberator bombers with tons of explosives, fly it via radio control, and crash it directly onto a target.

The drone was to fly at 2,000′ with the controlling aircraft directing the flying bomb onto its target from 20,000′. The converted bombers required a minimum of two crew to take off and operate.  The plan was to have them bail out over the English Channel, a waiting boat picking up the two pilots while control of the drone passed to the operating aircraft. 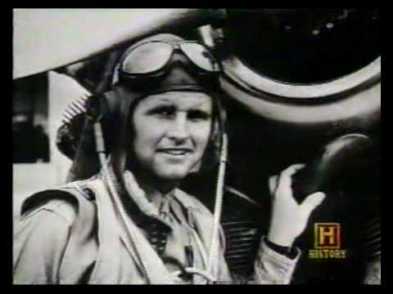 On August 12, 1944, Lt. Joseph Patrick “Joe” Kennedy, Jr. and Lieutenant Wilford John Willy stepped into a converted B-24 Liberator, designated BQ-8. It was the seventh Aphrodite mission, and Willy had “pulled rank” on Kennedy’s usual co-pilot, Ensign James Simpson, in order to be on the mission.

The target was the Fortress of Mimoyecques and its V-3 cannons, in the north of France.

Kennedy and Willy remained aboard as BQ-8 completed its first remote controlled turn at 2,000′, near the North Sea coast. They removed the safety pin arming the explosive, Kennedy sending the code “Spade Flush”, to signal the task was complete. They were his last words. The aircraft exploded two minutes later, a shower of wreckage coming to earth near the village of Blythburgh in Suffolk, England.  A series of small fires were started and 59 buildings were damaged, but there were no casualties on the ground. The bodies of Kennedy and Willy were never recovered.

There would be fourteen such missions in total.  Only one caused damage to the intended target, and that may have been accidental. In the end, the program killed more American airmen than it did Nazis.  More damage was done to the British countryside, than to German interests.

When Joseph Kennedy Jr. was born, his grandfather John F. Fitzgerald, then Mayor of Boston, said, “This child is the future President of the nation”.  He had been a delegate to the Democrat’s National Convention in 1940, and planned to run for Massachusetts’ 11th congressional district in 1946.

Kennedy could have gone home, he had already completed the 25-mission requirement, to do so.  Clearly, Joseph Kennedy Jr. had the resume, and he had the pedigree.  He showed every indication of following the path which would later lead his brother to the Presidency.  Joe Senior had already begun to lay the campaign groundwork when his son was killed.

‘What if’ histories are always tricky, but in this particular alternate universe, it seems safe to say.  A future President of the United States was killed over the Blyth Estuary.  73 years ago, today.