The Viet Cong and NVA called Hathcock “du nich Lông Trắng,” “White Feather Sniper”, after the object he wore in his bush hat.

The world of the elite sniper is different from anything most of us will ever experience. Able marksmanship (“one shot, one kill”) is only the beginning. The sniper must be expert at camouflage, field craft, infiltration, reconnaissance, ex-filtration and observation. They must be skilled in urban, desert and/or jungle warfare. They must be able to bear heat and insects and rain and a thousand other torments, all while hiding in plain sight from people who want more than life itself, to kill them.

Carlos Norman Hathcock, born this day in Little Rock in 1942, was a Marine Corps Gunnery Sergeant and sniper with a record of 93 confirmed and greater than 300 unconfirmed kills in the US’ war in Vietnam.  The Viet Cong and NVA called him “du kich Lông Trắng,” translating as “White Feather Sniper”, after the object he wore in his bush hat.

In some circles, a white feather is seen as a symbol of cowardice.  Not with this guy.  Hathcock once took four days and three nights to cross 1,500 yards of open ground, stalking and killing a North Vietnamese General before withdrawing without detection. He was almost stepped on by NVA soldiers who were frantically searching for him, and nearly bitten by a deadly Bamboo Viper.  It was the only time he ever removed that white feather from his bush hat.

He took out one enemy soldier at a distance so great, the man couldn’t be seen with the naked eye.  One shot, one kill.

The sniper’s choice of target could at times be intensely personal.  One female Vietcong sniper, platoon leader and interrogator was called ‘Apache’, because she was so bloodthirsty.    She’d torture Marines and ARVN soldiers until they bled to death.  Her signature was to cut the eyelids off her victims.  After one Marine was skinned alive and emasculated within earshot of his base, Hatchcock spent weeks hunting this one sniper.

One day he was tracking an NVA patrol, when he spotted her from the length of seven football fields.  “We were in the midst of switching rifles,” he said. “We saw them. I saw a group coming, five of them. I saw her squat to pee, that’s how I knew it was her. They tried to get her to stop, but she didn’t stop. I stopped her. I put one extra in her for good measure.”

At a time when the typical NVA bounty for American snipers ranged from $8 to $2,000, the NVA set a $30,000 bounty on Hathcock’s head, so great was the damage he had done to their numbers. Whole platoons of counter snipers were sent to kill him.  Marines in the area began to wear white feathers of their own, preferring to draw enemy fire on themselves rather than lose such a valuable asset.

The elite Vietcong sniper known as “The Cobra” had already taken the lives of several Marines, when he was sent specifically to kill Hathcock.   The two stalked each other for days when the Marine fired on a glint of light in the jungle 300 yards away. They found the enemy sniper dead, the round having traveled up the man’s scope and into his eye.  Such a shot is only possible if the two snipers were zeroed in on each other at the precise instant of the shot.

Here, the man tells his story in his own words.

Such a shot is supposed to have taken place during the siege of Stalingrad, between Russian sniper Vasily Zaytsev and the Wehrmacht sniper school director sent to kill him, Major Erwin König.

The story was adapted for the Hollywood movie “Enemy At The Gates,” but there is some controversy as to whether such a shot took place.  It may be nothing more than Soviet propaganda.

A 2006 episode of Mythbusters “proved” that such a shot is impossible.  I enthusiastically disagree. The War of the Rats’ (Rattenkrieg) through-the-scope shot at Stalingrad may be apocryphal, but the Hathcock shot is very believable. Adam Savage, Jamie Hyneman & Co. used a multiple lensed scope for their tests, while the Soviet made scope used by the Vietnamese sniper had only one or two internal lenses. 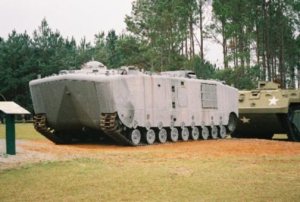 History.com and Marine Corps sniper Steve Reichert, USMC Retired, conducted a more realistic test, in my opinion settling the matter conclusively. The “through the scope” shot not only Can happen under the right conditions, but that it Did.

Hathcock’s sniper career came to a violent end on September 16, 1969, when he and seven other Marines were traveling along Route 1, north of landing zone “Baldy”.  Striking an anti-tank mine and with their LVT-5 engulfed in flames, Hathcock assisted his fellow Marines out of the vehicle, sustaining second and third degree burns over most of his body.

Hathcock developed Multiple Sclerosis in his later years, and passed away on February 23, 1999. He was decorated with the Silver Star, the Purple Heart and Navy and Marine Corps Commendation Medal. The honor he would perhaps treasure most, was that of having a rifle named after him, a variant of the Springfield Armory M21 called the M25 “White Feather”.

Ernest Hemingway once wrote, “Certainly there is no hunting like the hunting of man, and those who have hunted armed men long enough and like it, never really care for anything else thereafter.” Carlos Hathcock copied the words onto a piece of paper. “He got that right,” he said. “It was the hunt, not the killing.” Hathcock himself later wrote: “I like shooting, and I love hunting. But I never did enjoy killing anybody. It’s my job. If I don’t get those bastards, then they’re gonna kill a lot of these kids dressed up like Marines. That’s the way I look at it.”

A subsequent Mythbusters re-do confirmed what the first experiment could not.  The “myth” of the through-the-lens sniper shot, is 100%, “plausible”.