As the British war effort collapsed in the north, Secretary of State for the American Department Lord George Germain set his sights on a “southern strategy”.  The idea had been around since 1775, that the crown enjoyed greater support in the south.  Break the back of the rebels down there, and the war would be won. 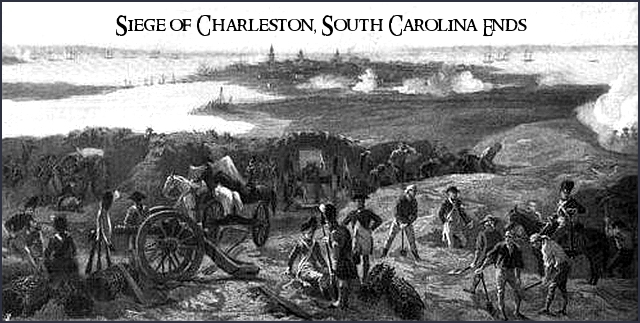 With the Revolution approaching the two-year mark, British war planners believed that the fractious northeast must be split off and separated from the more loyalist mid-Atlantic and southern colonies.  A three prong pincer movement was devised by which the western pincer under Lieutenant Colonel Barrimore Matthew “Barry” St. Leger was to move east from Ontario along the Mohawk river, meeting up with a combined force of British regulars, Hessian mercenaries, loyalists and Indian allies under General John “Gentleman Johnny” Burgoyne, moving south from Quebec.

General William Howe was to move north from New York city and converge on the Hudson river valley, completing the pincer movement.

Burgoyne’s movements began well with the near-bloodless capture of Fort Ticonderoga in early July, 1777. By the end of July, logistical and supply problems caused Burgoyne’s forces to bog down. On July 27, a Huron-Wendat warrior allied with the British army murdered one Jane McCrae, the fiancé of a loyalist serving in Burgoyne’s army. Gone was the myth of  “civilized” British conduct of the war, as dead as the dark days of late 1776 and General Washington’s “Do or Die” crossing of the Delaware and the Christmas attack on Trenton.

McCrae’s killing was as a hornet’s nest to the cause of patriot recruitment, and a severe blow to loyalist morale. 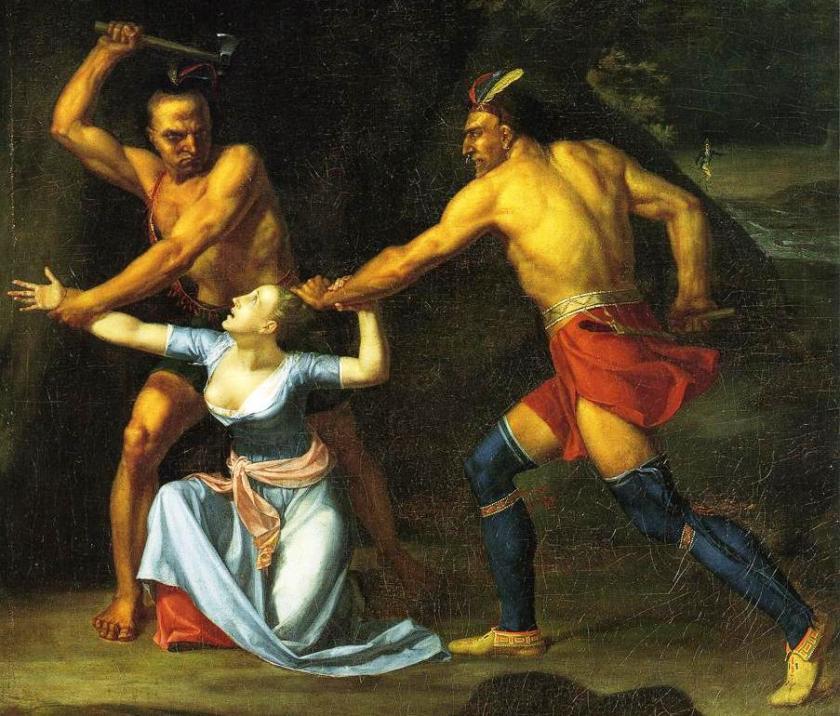 Meanwhile, attempts to solve the supply problem culminated in the August 16 Battle of Bennington, a virtual buzz saw in which New Hampshire and Massachusetts militiamen under General John Stark along with the Vermont militia of Colonel Seth Warner and Ethan Allen’s “Green Mountain Boys”, killed or captured nearly 1,000 of Burgoyne’s men.

Burgoyne’s Indian support evaporated in the wake of the disaster at Bennington, as did that of Barry St. Leger, following the failed siege of Fort Stanwix. St. Leger’s September arrival at Ticonderoga, was too late to save Burgoyne from what was to come.

Fun fact: On June 14, 1777, the Continental Congress adopted the resolution: “Resolved, that the flag of the United States be thirteen stripes, alternate red and white; that the union be thirteen stars, white, on a blue field, representing a new constellation.” The measure wouldn’t be adopted until the September 3 signature of the Secretary of congress but the design was well publicized.  Massachusetts recruits brought the news to Fort Stanwix, also known at the time as Fort Schuyler. The garrison cut up petticoats and other articles of clothing, and fashioned a banner.  So it was the first official United States flag was raised over Fort Schuyler during the battle of August 3, 1777.

As it happened, General Howe moved his forces south by sea to capture Philadelphia. It was Burgoyne alone who met the Americans in battle, first at the small but costly September 19 victory at Freeman’s Farm and then at the decisive battle for Saratoga, the disastrous October 7 defeat at Bemis Heights.

The British defeat was comprehensive.  Burgoyne surrendered ten days later, bringing the kingdom of France and Spain into the war on the American side.

Meanwhile Howe’s capture of Philadelphia met with only limited success, leading to his resignation as Commander in Chief of the American station and Sir Henry Clinton, withdrawing troops to New York.

As the war effort collapsed in the north, Secretary of State for the American Department Lord George Germain set his sights on a “southern strategy”.  The idea had been around since 1775, that the crown enjoyed greater support in the south.  Break the back of the rebels down there, and the war would be won.

The southern strategy began well in late 1778, with the capture of Georgia’s colonial capital at Savannah.  Patriot forces held Savannah under siege between September 16 and October 18 1779, without success.  A series of diplomatic and logistical blunders culminated in the frontal assault of October 9, one of the bloodiest American defeats of the revolution, saved largely by the intervention of 545 black colonial troops of the “Chasseurs Volontaires de Saint-Domingue” who later returned to their homeland to help win the Haitian Revolution.

Savannah remained in British hands, for the rest of the war.  Meanwhile, the Patriot forces of General Benjamin Lincoln found themselves under siege South Carolina, penned up in Charleston by a force of some 5,000 under generals Sir Henry Clinton and Lord Charles Cornwallis.

George Washington had once departed a city in the face of superior enemy forces but Lincoln bent to the wishes of Municipal leaders, and hunkered down to defend the city.

In 1776 and again in 1779, Charleston had successfully repulsed the British invader.  In the Spring of 1780, Henry Clinton succeeded where others had failed.  Outnumbered and outsmarted with Lincoln’s forces bottled up in the city, Major General William Moultrie the hero of 1776, said “at this time, there never was a country in greater confusion and consternation.”

Fort Moultrie surrendered without a fight on May 7. Clinton demanded unconditional surrender the following day but Lincoln bargained for the “Honours of War”. Prominent citizens were by this time, asking Lincoln to surrender. On May 11, the British fired heated shot into the city, burning several homes. Benjamin Lincoln surrendered on May 12.

It was the worst American defeat, of the Revolution.

In the summer of 1780, American General Horatio Gates suffered humiliating defeat at the Battle of Camden. Cornwallis idea of turning over one state after another to loyalists failed to materialize, as the ham-fisted brutality of officers like Banastre Tarleton, incited feelings of resentment among would-be supporters.  Like the Roman general Fabius who could not defeat the Carthaginians in pitched battle, General Washington’s brilliant protege Nathaniel Greene pursued a “hit & run” strategy of “scorched earth”, attacking supply trains harassing Cornwallis’ movements at every turn.

British tactics made Patriot militia stronger, not weaker and they proved it in October, defeating Loyalist militia at King’s Mountain in South Carolina, the “Greatest All-American fight of the Revolution”. 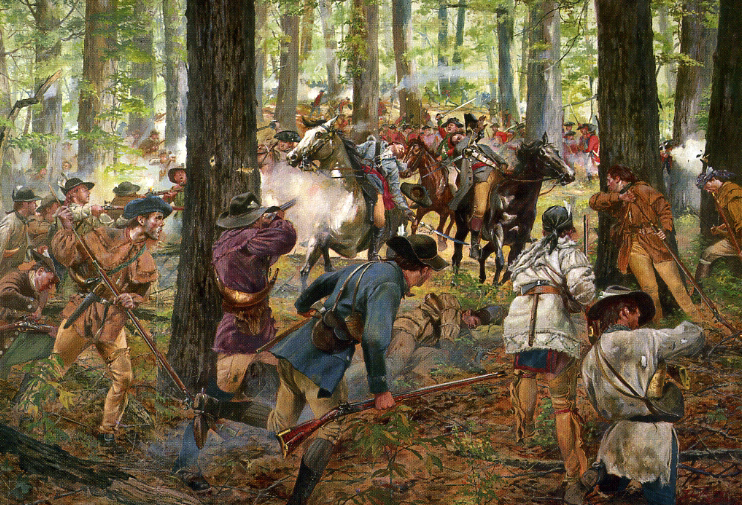 Through the Carolinas and on to Virginia, Greene’s forces pursued Cornwallis’ army. With Greene dividing his forces, General Daniel Morgan delivered a crushing defeat, defeating Tarleton’s unit at a place called Cowpens in January, 1781. The battle of Guilford Courthouse was an expensive victory, costing Cornwallis a quarter of his strength and forcing a move to the coast in hopes of resupply.

British troops were harassed that summer by Continentals under the Marquis de Lafayette. By October, Cornwallis found himself pinned down, under siege in a place called Yorktown with Washington himself before him and the French fleet of the Comte de Rochambeau, at his back.

The main British army surrendered on October 19, effectively ending the American Revolution. The ragtag militia once held in such contempt had stood toe to toe with the most powerful military on the planet.  And won.