Out of the mess of the Space race emerged an idea destined to go down in the Hare-Brain Hall of fame, if there is ever to be such a place. A show of force sufficient to boost domestic morale, while showing the Russkies, we mean business. It was the top-secret “Project A119”, also known as A Study of Lunar Research Flights.

We were going to detonate a nuclear weapon.  On the moon. 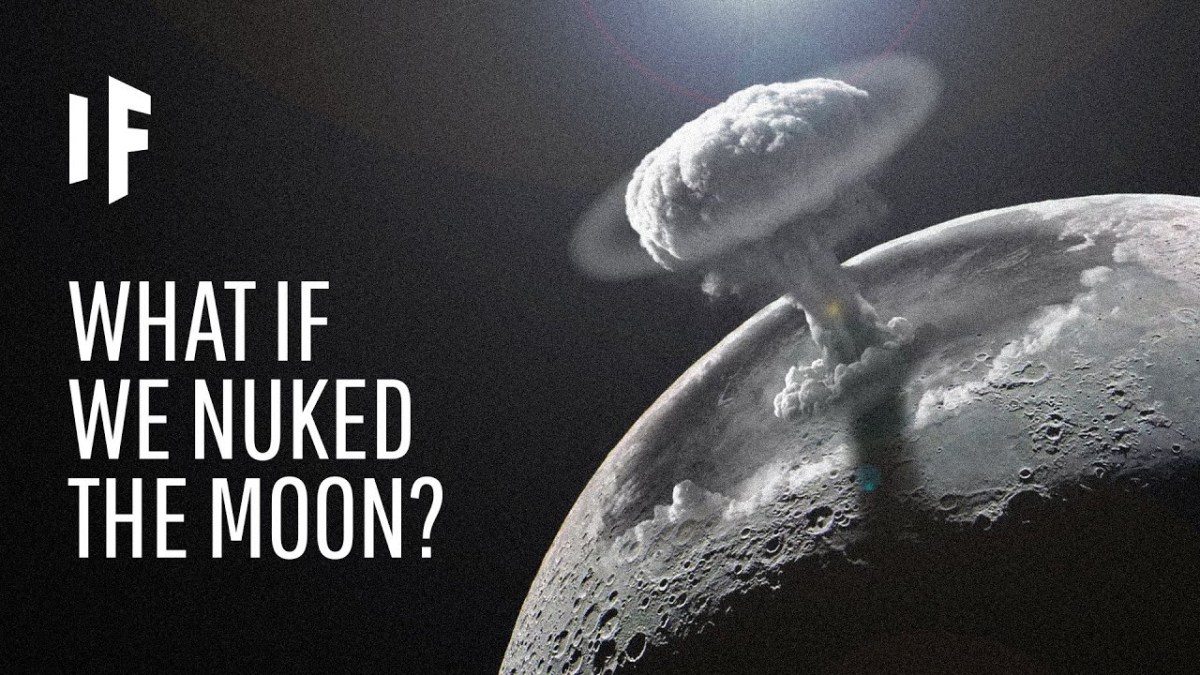 As World War II drew to a close in 1945, there arose a different sort of conflict, a contest of wills, between the two remaining Great Powers of the world. The “Cold War” pitted the free market economy and constitutional republicanism of the United States against the top-down, authoritarian governing and economic models of the Soviet Union. The stakes could not have been higher, as each side sought to demonstrate its own technological and military superiority and, by implication, the dominance of its own economic and political system.

American nuclear preeminence lasted but four short years, coming to an end with the first successful Soviet atomic weapon test code named “First Lightning”, carried out on August 29, 1949. Mutual fear and distrust fueled the Soviet-American “arms race”, a buildup of nuclear stockpiles beyond any rational purpose. A generation grew up under the shadow of nuclear annihilation.  A single mistake, misunderstanding or one fool in the wrong place at the wrong time, initiating a sequence and bringing about the extinction of life on this planet.

The arms race acquired the dimensions of a Space Race on July 29, 1956, when the United States announced its intention to launch an artificial satellite, into earth orbit. Two days later, the Soviet Union announced that it aimed to do the same.

The early Space Race period was a time of serial humiliation for the American side, as the Soviet Union launched the first Inter-Continental Ballistic Missile (ICBM) on August 21, 1957, and the first artificial satellite “Sputnik 1” on October 4.

The first living creature to enter space was the dog “Laika“, launched aboard the spacecraft Sputnik 2 on November 3 and labeled by the more smartass specimens among the American commentariat, as “Muttnik”.

Soviet propaganda proclaimed “the first traveler in the cosmos”, replete with heroic images printed on posters, stamps and matchbook covers. The American news media could do little but focus on the politics of the launch, as animal lovers the world over questioned the ethics of sending a dog to certain death, in space.

On the American side, the giant Vanguard rocket was scheduled to launch a grapefruit-sized test satellite into earth orbit that September, but the program was plagued by one delay after another.  The December 6 launch was a comprehensive disaster, the rocket lifting all of four-feet from the pad before crashing to the ground in a sheet of flame, the satellite rolling free where it continued to beep, only feet from the burning wreck.

The second Vanguard launch was nearly as bad, exploding in flames only seconds after launch.  Chortling Soviet leaders were beside themselves with joy, stamping the twin disasters as “Kaputnik”, and “Flopnik”.

Out of this mess emerged an idea destined to go down in the Hare-Brain Hall of fame, if there is ever to be such a place. A show of force sufficient to boost domestic morale, while showing the Russkies, we mean business. It was the top-secret “Project A119”, also known as A Study of Lunar Research Flights.

We were going to detonate a nuclear weapon.  On the moon.

In 1957, newspapers reported a rumor.  The Soviet Union planned a nuclear test explosion on the moon, timed to coincide with the lunar eclipse of November 7.  A celebration of the anniversary of the Glorious October Revolution.

Edward Teller himself, the ‘Father of the H-Bomb” is said to have proposed such an idea as early as February, to test the effects of the explosion in a vacuum, and conditions of zero gravity.

Today, we take for granted the massively complex mathematics, involved in hitting an object like the moon. In 1957 there was a very real possibility of missing the thing and boomerang effect, returning the bomb from whence it came.

While the information is still classified, the project was revealed in 2000 by former NASA executive Leonard Reiffel, who said he was asked to “fast track” the program in 1958, by senior Air Force officials. A young Carl Sagan was all for the idea, believing at the time that living microbes may inhabit the moon, and a nuclear explosion may help in detecting such organisms.

Reiffel commented in a Guardian newspaper interview:  “It was clear the main aim of the proposed detonation was a PR exercise and a show of one-upmanship. The Air Force wanted a mushroom cloud so large it would be visible on earth. The US was lagging behind in the space race.” The now-retired NASA executive went on to explain that “The explosion would obviously be best on the dark side of the moon and the theory was that if the bomb exploded on the edge of the moon, the mushroom cloud would be illuminated by the sun.”

The Air Force canceled the A119 program in 1959, apparently out of concern that a ‘militarization of space’ would create public backlash, and that nuclear fallout may hamper future research and even colonization efforts, on the moon.

Previously secret reports revealed in 2010 that Soviet leaders had indeed contemplated such a project, part of a multi-part program code named “E”.  Project E-1 involved reaching the moon, while E-2 and E-3 focused on sending a probe around the far side of the celestial body. The final stage, project E-4, involved a nuclear strike on the moon as a “display of force”.

Construction plans for the aforementioned Hare-Brain Hall of Fame have yet to be announced but, it already appears the place may need another wing. 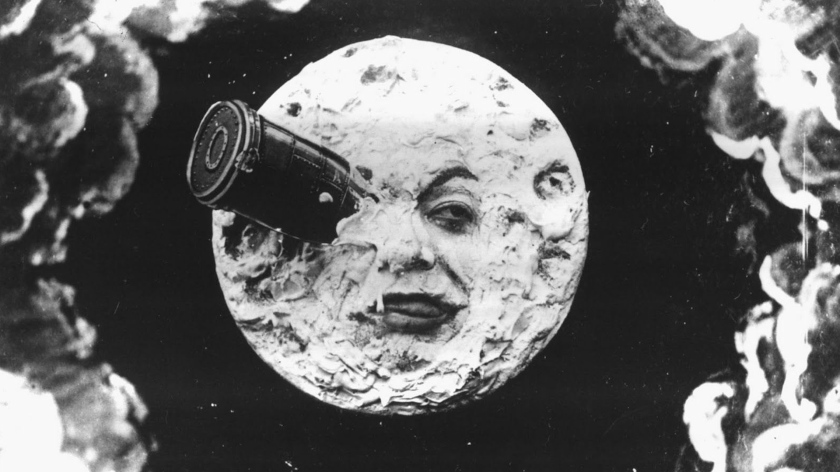