“When they saw me in my space suit and the parachute dragging alongside as I walked, they started to back away in fear. I told them, don’t be afraid, I am a Soviet like you, who has descended from space and I must find a telephone to call Moscow.’ – Yuri Gagarin 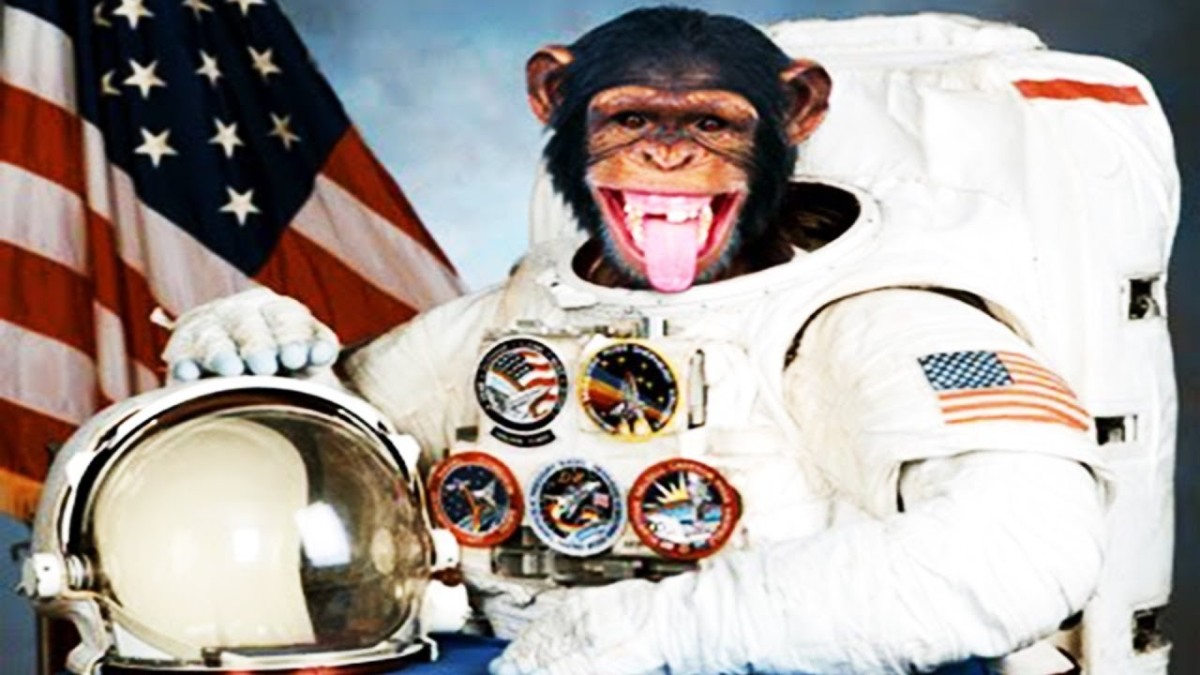 To anyone under the age of 40, the Cold War must seem a strange and incomprehensible time.  Most of us who lived through the period feel the same way.

In the wake of WW2, irreconcilable differences between the two great super powers split the alliance which had once defeated Nazi Germany. The most destructive war in history had barely come to a close in 1946, when the Soviet state set itself to gobbling up the non-communist states of eastern Europe. Former British Prime Minister Winston Churchill delivered the most famous oration of the era on March 5, declaring “From Stettin in the Baltic to Trieste in the Adriatic, an iron curtain has descended across the continent.”

The 1950s were a time of escalating tensions and sometimes, calamity.  The war in Korea. The beginning of American intervention in Vietnam. The Cuban Revolution of 1959.  The exodus from Soviet-controlled East Germany to the west resulted in a “brain drain” of some 20% of the population, culminating in the “Berlin Crisis” of 1961. First it was barbed wire and then a wall, complete with guard towers and mine fields. Nobody else, was getting out.

The Cold War took on inter-stellar proportions on July 31, 1956, when the United States declared its intention to launch an artificial satellite into space. The Soviet Union announced it would do the same and then stunned the world, launching the first inter-continental ballistic missile (ICBM) on August 27, 1957 and then beating the US to its own goal with the launch of Sputnik 1, on October 4.

Soviet propagandists enjoyed another victory on November 3 when “Laika” launched aboard Sputnik 2.  Meanwhile, the American space program couldn’t seem to get out of its own way.

Three days later and half a world away, the Harvard Crimson newspaper reported the capsule’s appearance over Boston:

“Pupnick–the dog-bearing satellite–will be visible to early risers Thursday morning at about 5:09, Dr. Fred L. Whipple, director of the Smithsonian Astrophysical Observatory, announced last night. Whipple added that Boston, where the rocket will be directly overhead, will be “one of the best places” from which to view the Russians’ latest satellite”.

Soviet propaganda portrayed heroic images of “the first traveler in the cosmos” printed on posters, stamps and matchbook covers.  There were official hints about Laika parachuting safely to earth, and then tales of a painless and humane, euthanasia.  The real story was far more depressing.  Tightly harnessed, stressed by the forces of launch and overheated, Laika died within the first seven hours of her flight.

Belka and Strelka became the first animals to enter space and return safely to earth aboard Sputnik 5 on August 19, 1960 followed closely by the American chimpanzee Ham, whose smiling visage appears at the top of this page.

On this day in 1961, 27-year-old Soviet Air Force Major Yuri Gagarin became the first human to enter space aboard the Vostok 1  capsule, returning to earth after an hour and 48 minutes’ orbit.  Major Gagarin’s  “Poyekhali! (Let’s go!) would become the catch phrase for the entire eastern bloc, for the following half century.

Soviet capsules were parachuted onto dry land in the early days of the space program, while the Americans preferred to “splash down”.  Gagarin ejected from the craft and parachuted to earth in Kazakhstan, much to the fear and dismay of local villagers:

“When they saw me in my space suit and the parachute dragging alongside as I walked, they started to back away in fear. I told them, don’t be afraid, I am a Soviet like you, who has descended from space and I must find a telephone to call Moscow.’

During the flight, Gagarin is supposed to have said “I don’t see any God up here.”

No such words appear in any of the transcripts. It’s unlikely he said such a thing.    Gagarin and his family celebrated Christmas and Easter, and kept Orthodox icons in the house.  He had baptized his daughter Elena, shortly before the historic flight.  The phrase more likely originated with Nikita Khrushchev, who  attributed the quote to Gagarin during a speech about the Soviet state’s anti-religion campaign.

Gagarin’s flight gave fresh life to the “Space Race” between the cold war rivals.  President John F. Kennedy announced the intention to put a man on the moon, before the end of the decade.

Today, the accomplishments of the space program seem foreordained, the massive complexities of the undertaking, forgotten.

In the modern era, the most powerful supercomputers on earth put the $2.5 Billion Hubble Space Telescope into orbit, with defective “vision” and literally requiring “glasses”.

In the early days, these guys were sending human beings tens to hundreds of thousands of miles into space, on less computing “horsepower” than contained in your modern cell phone.

On a lighter note

After that Laika story, this tale needs a happy ending.

In 1960, “Belka” and “Strelka” spent a day in space aboard Sputnik 5, before returning to Earth.  Aside from a few plants, these were the first creatures to enter the void of space and return, alive.

Strelka later gave birth to six puppies, fathered by “Pushok”, a dog who’d participated in ground-based space experiments, but never flew.   During a thaw  in relations, Soviet Premier Nikita Khrushchev gave one of those puppies,”Pushinka”, to President John F. Kennedy.

Pushinka and a Kennedy family dog named “Charlie” conducted their own Cold War rapprochement, resulting in four puppies, pups JFK jokingly referred to as “pupniks”.  Pushinka and Charlie are long gone but their descendants are still around, to this day.