It’s hard to count the cost of such a cataclysm, when everyone who ever knew you, is gone.  Estimates of fatalities range from 8,000 to 15,000 killed. 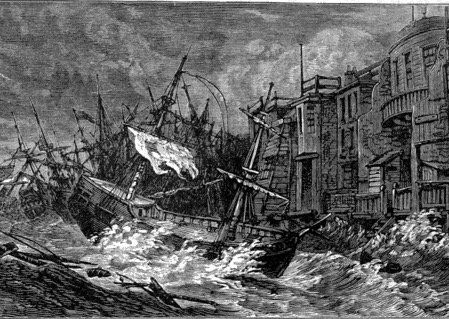 The storm came in from the southwest on Wednesday evening, November 24, and stayed until December 2. On Friday the 26th, barometers read as low as 950 millibars in some areas, a reading so low as not to have been seen in living memory. Before it was over, the southern part of Great Britain had suffered one of the most destructive storms, in history.

In a time before meteorological science, such an event was understood to be the wrath of God.  And what a wrathful God, he was.  Any storm worthy of the name “Hurricane”- any storm, we’re not talking Katrina or Andrew here – expends the energy equivalent to 200 times the electrical generating capacity, of the entire planet.  We’re talking about 10,000 Hiroshimas here, usually spread out over time and place.  Not this one.  This one was concentrated, compacted into the heavily populated south of England, a place where the gray and feeble first light of dawn broke across the land, and “nobody could believe the hundredth part they saw“. 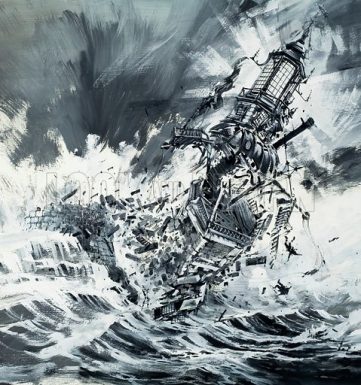 Beginning in early November, a series of gales drove hundreds of ships up the Thames estuary, is search of shelter.  The “Perfect Hurricane” of 1703 arrived on November 24 (Old Style) and remained until December 2 with the worst of the storm on November 26-27.

Queen Anne sought shelter in the cellars of St. James’ Palace, while the lead roof blew off of Westminster Abbey.  More than 2,000 chimneys were toppled to the ground in London alone as were another 17,000, trees. In the Thames, 700 vessels of all sizes piled up like children’s toys.  Ship’s officers struggled to record an event, entirely outside of living memory.

“It was so severe, none of these poor captains had ever experienced it before, so they didn’t have any yardsticks to base the description on,” says Wheeler, who studied Royal Navy logbooks at length. “One gave up and just wrote ‘a most violent storm’ and left it at that, for sheer want of anything more he could say.”

At the Cathedral City at Wells, Bishop Richard Kidder was asleep with his wife next to him, when a toppling chimney killed them both in their bed.

A third of British Naval power was destroyed during this storm, the entire Channel squadron, gone.  Ships were driven as much as 15 miles inland, more than 1,500 sailors drowned.  Many vessels simply disappeared. Others washed up on the faraway shores of Denmark, and Norway. 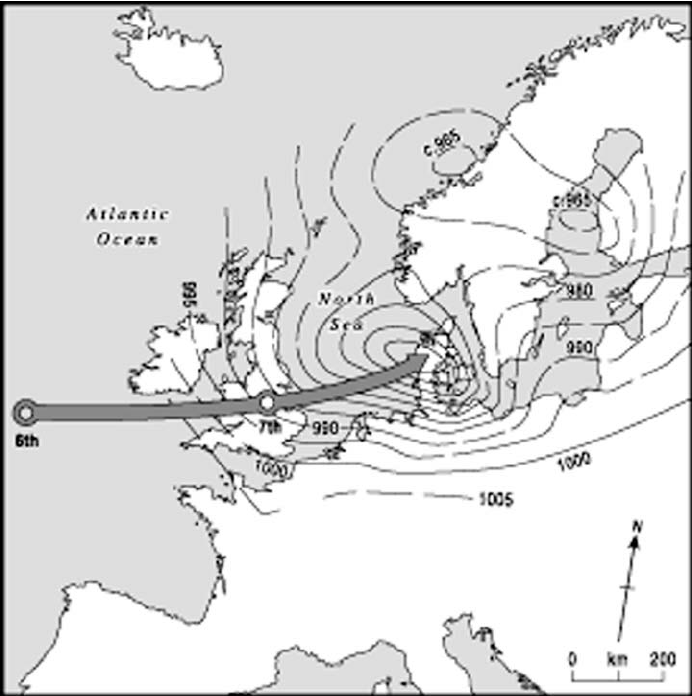 The most miraculous tale of survival was that of Thomas Atkins, a sailor aboard the HMS Mary. As Mary broke apart, Atkins watched as Rear Admiral Beaumont climbed aboard a piece of her quarter deck, only to be washed away.  Atkins himself was lifted high on a wave and deposited on the decks of another ship, the HMS Stirling Castle.  He was soon in the water again as Stirling Castle broke up and sank, only to thrown by yet another wave, this time landing in a small boat. Atkins alone survived the maelstrom, of the 269 men aboard HMS Mary.

Hundreds found themselves stranded on Goodwin Sands, a ten mile long sand bar, six miles off the coast of Kent. In a race against the incoming tide, a man named Thomas Powell organized the rescue of some 200.  More could have been saved, had the good citizens onshore stopped looting shipwrecks long enough to lend a hand.

With “Robinson Crusoe” still sixteen years in the future, the famous author Daniel Defoe was at this time, but a minor poet and pamphleteer.  The writer was freshly out of prison in 1703, having served a sentence for criticizing the religious predilections, of High Church Anglicans. Hearing the collapse of brick chimneys, the Defoes and their six children sought refuge in their gardens but were soon driven inside, to “trust the will of Providence”. “Whatever the danger was within doors”, he said, “”twas worse without; the bricks, tiles, and stones, from the tops of the houses, flew with such force, and so thick in the streets, that no one thought fit to venture out, tho’ their houses were near demolish’d within.”

The 75,000 words which followed are recognized by many as the first work of modern journalism, forming Daniel Defoe’s first book length work, “The Storm”.

Storms of great severity are not unheard of in southern England. In 1362, part of the Norwich Cathedral spire was blown down.  Severe gales were recorded in 1897, 1908 and 1943. The gales of 1953 and 1987 left more damage than any storm of the last century. At the time, the storm of 1703 was seen as the Wrath of God, visited upon Great Britain for the “crying sins of this nation”. The storm would remain the subject of sermons for the next 150 years.

It’s hard to count the cost of such a cataclysm, when everyone who ever knew you, is gone.  Estimates of fatalities range from 8,000 to 15,000 killed. The Reaper’s true account, is impossible to know. 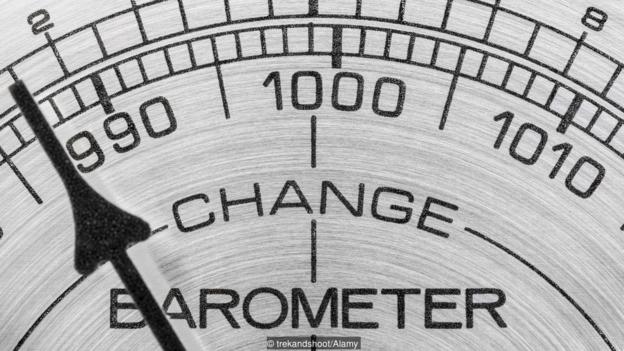