During the “Bleeding Kansas” period, pro-slavery “Border Ruffians” and anti-slavery “Jayhawkers” crossed one another’s borders with impunity, primarily to murder each other’s civilians and burn out one another’s towns. 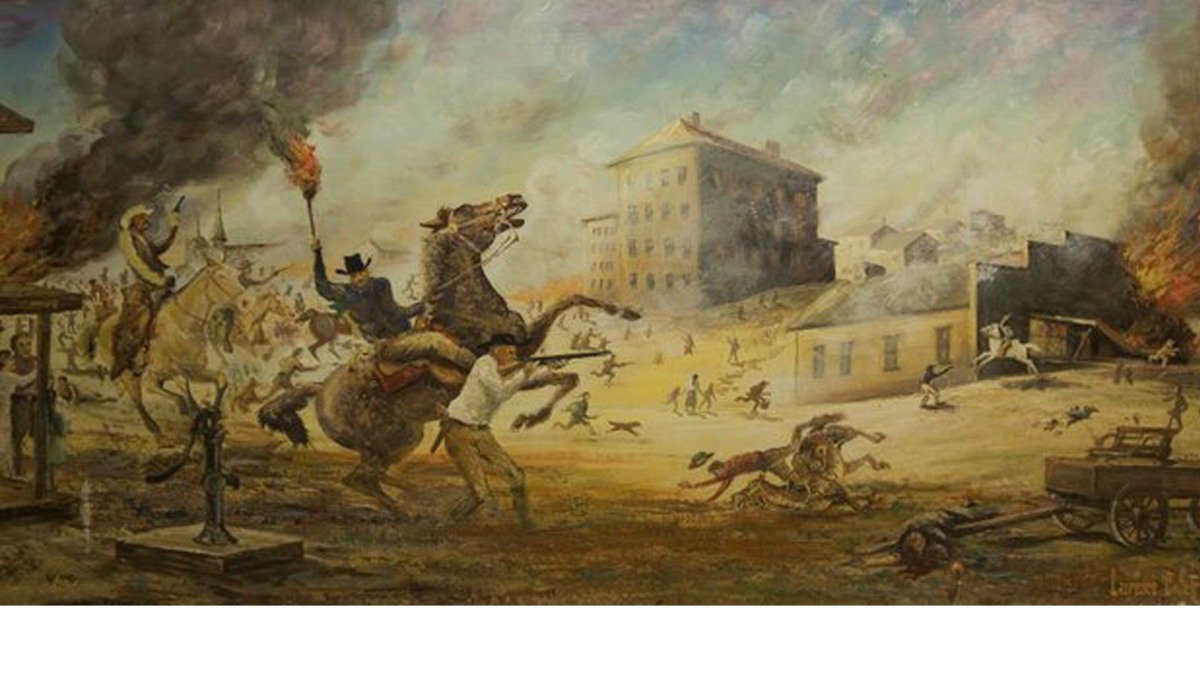 In the early morning hours of August 21, 1863, 300 to 400 riders converged in the darkness outside the city of Lawrence, Kansas.

These were a loose collection of independent “bushwacker groups”, pro-slavery and nominally Confederate, though subject to no structure of command and control.

This was a civilian group operating outside of any structured chain of command, more a gang of criminal outlaws than any military operation. There was Cole Younger and Frank James, the soon-to-be-famous Jesse’s older brother. There was William T. “Bloody Bill” Anderson, whose men were known for tying the scalps of slain Unionists to the saddles and bridles of their horses. Leading this assemblage of ruffians was a 27-year-old former schoolteacher from Ohio: William Clarke Quantrill.

Lawrence, Kansas was mostly asleep at that hour, as several columns of riders descended on the town. It was 5:00am and pitch dark, as most of the city of 3,000 awoke to the sound of pounding hooves.

Doors were smashed in amid the sounds of gunshots and screams. Quantrill’s band went through the town, systematically shooting most of the male population.

The shooting, the looting and the burning went on for four hours. Between 160 and 190 of the men and boys of Lawrence, ages 14 to 90, were murdered. Most of them had no means of defending themselves. 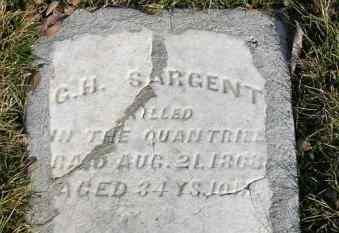 Intending to deprive Confederate sympathizers from their base of support, General Thomas Ewing authorized General Order No. 11 four days later, ordering that most of four counties along the Kansas-Missouri border be depopulated. Tens of thousands of civilians were forced out of their homes as Union troops came through, burning buildings, torching fields and shooting livestock.

The area was so thoroughly devastated, it would forever be known as the “Burnt District”. 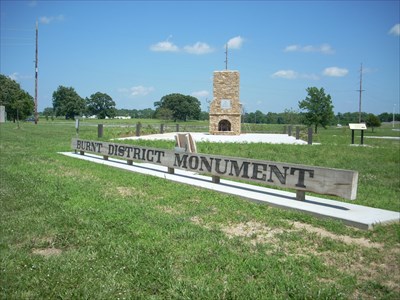 Following the raid on Lawrence, Quantrill fled to Texas and was later killed in a Union ambush, near Taylorsville Kentucky.

Quantrill’s band broke up into several smaller groups, with some joining the Confederate army. Others such as Frank and Jesse James and the Younger brothers, went on to apply the hit and run tactics they had learned from Quantrill’s “army” to a career of bank and train robberies.

Quantrill himself explained the incursion as retribution, for the 1861 “Jayhawker” raid of Colonel Charles “Doc” Jennison and Senator James H. Lane, that left 9 dead in Osceola, Missouri, resulting in acres of so-called “Jennison Monuments”, the two story brick chimneys which were all that remained of the burned out homes of Union and Confederate sympathizer, alike.

Others blamed the raid on the collapse of a makeshift jail in Kansas City, that killed several female relatives of the raiders. It seems more likely that it was just one more in a series of homicidal raids carried out by both sides, such raids usually resulting in the death of innocents.

In 1907, newspaper articles appeared in Canada reporting that Quantrill was still alive, living on northwest Vancouver Island, under the name of John Sharp.  “Quantrill” claimed to have survived that Kentucky ambush after all, despite wounds from bullet and bayonet. Sharp/Quantrill made his way south to Chile, according to the story, before drifting up north and finally become a mine caretaker at Coal Harbour at Quatsino, on the northwest coast of Vancouver Island.

The story was probably one of fiction on Mr. Sharp’s part, but the fib would prove to have unfortunate consequences. Weeks later, two men traveled north to Canada, with the apparent purpose of taking revenge.  The pair took a coastal steamer out of Quatsino Sound the following morning, the day in which Sharp was found, severely beaten.  John Sharp died several hours later, without identifying his attackers.  The crime has never been solved.