The unsurprising and probably intended result was massively increased forfeiture auctions of real property, and General Lee’s home was no exception. 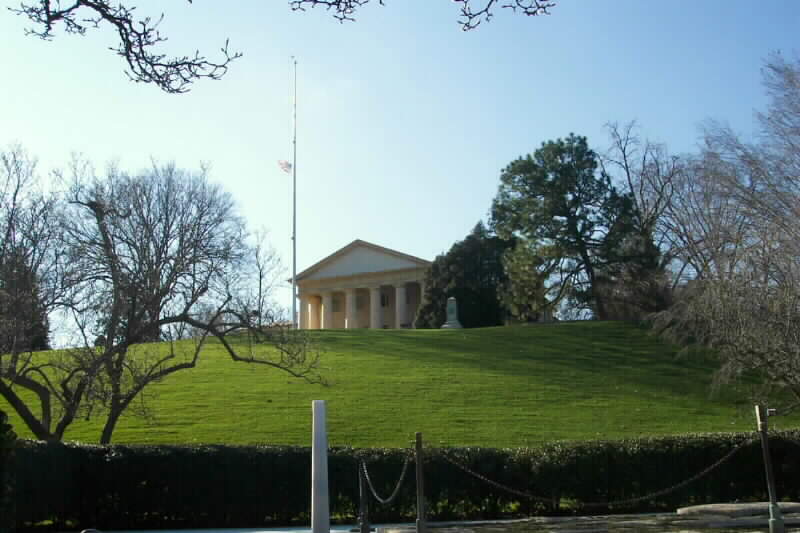 Shortly after the outbreak of Civil War in 1861, Robert E. and Mary Custis Lee were forced to evacuate their home overlooking the Potomac.  “Arlington House”, as they called it, was soon occupied by Federal troops.

As the financial costs of the Civil War mounted, the United States Congress passed a special property tax on “insurrectionary” districts, in order to pay for it. A subsequent amendment required in-person payment of the tax, though clearly, no southern property owner was going to show up in the Union capital to pay the tax.

The unsurprising and probably intended result was massively increased forfeiture auctions of real property, and General Lee’s home was no exception. Mary, who had by this time fled to Fairfax Virginia, was confined to a wheelchair, the victim of rheumatoid arthritis. A Lee cousin was sent with the payment, amounting to $92.07, but tax collectors refused the money.  The government auctioned off the property and sold it, to itself, for the sum of $26,800.  Somewhat below the currently assessed value of $34,100.

With Washington, D.C. running out of burial space, Quartermaster General Montgomery Meigs proposed that the Lee property be used as a military cemetery.  To ensure that the house would never again be inhabited by the Lee family, Meigs directed that graves to be placed as close to the mansion as possible.

The first three military graves at Arlington were dug on May 13, 1864, by James Parks, a former slave who had been freed by his owner and stayed on as a grave digger. 65 years later, “Uncle Jim” would receive special dispensation to be buried there, becoming the first and only person to be buried at Arlington who was also born there. 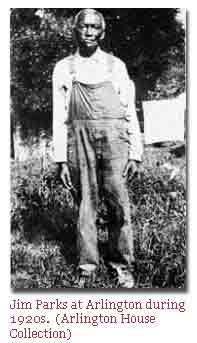 In 1866, the Quartermaster ordered the remains of 2,111 unknown Civil War dead to be exhumed and placed inside a vault in the Lees’ rose garden.

General Lee seems to have resigned himself to the loss of the property, writing to Mary early in the war that “It is better to make up our minds to a general loss. They cannot take away the remembrance of the spot, and the memories of those that to us rendered it sacred. That will remain to us as long as life will last, and that we can preserve“. He never returned, and never attempted to restore title after the war. Mary visited once, but left without entering the house, so upset was she at what had been done to the place.

After their passing, the Lee’s eldest son George Washington Custis Lee sued for payment for the estate, claiming the seizure to have been illegal. A jury sided with Lee and the United States Supreme Court agreed, in a 5-4 decision handed down in 1882. Arlington House once again belonged to the Lee family, and the Federal government faced the daunting task of disinterring 17,000 graves.

Lengthy negotiations with the heirs resulted in the Lee family selling the home for $150,000, equivalent to $3,221,364 today.  The new title was officially recorded on May 14, 1883. Arlington National Cemetery would remain for all time, our nation’s most hallowed ground.