Roy Sullivan is recognized by the Guinness Book of World Records for being struck by lightning more times than any other human being. All seven strikes were documented by the superintendent of the Shenandoah National Park, R. Taylor Hoskins, and verified by doctors. 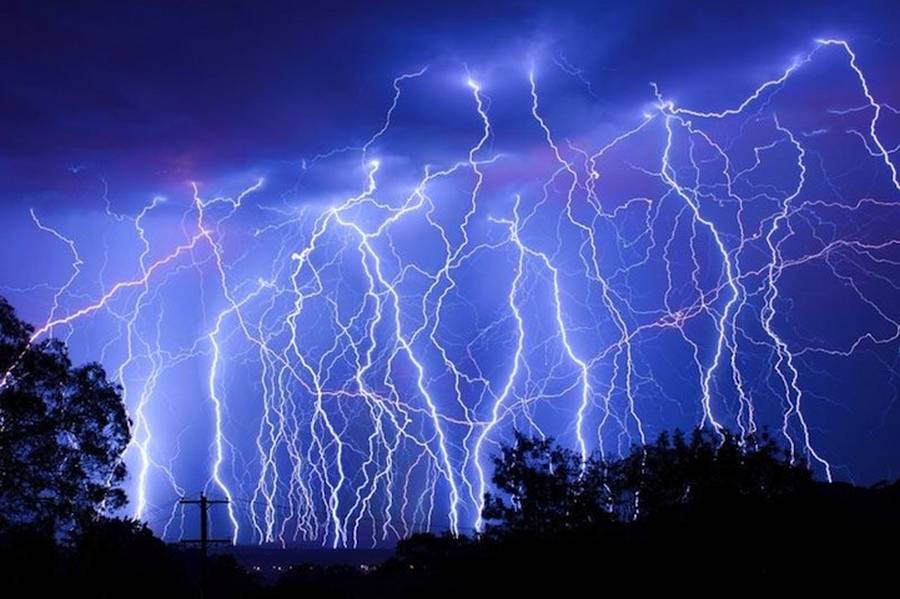 Roy Sullivan was fishing on Saturday morning, June 25, 1977, when lightning hit the top of his head, burning his hair, chest and stomach. He turned to his car when he spotted a black bear, trying to steal his trout. Sullivan summoned the strength to whack the bear with a stick. He’d later claim it was the twenty-second time he’d had to whack a black bear with a stick.

Roy Cleveland Sullivan was a park ranger in the Shenandoah National Park in Stanley, Virginia. He was hit by lightning on seven different occasions between 1942 and 1977, the episode related above being his last.

Somewhere along the line, Sullivan earned the nickname “Human Lightning Rod”. It upset him in his later years, that people avoided being in his presence.  Especially when the weather was threatening. They may have been right to avoid him, though, Sullivan’s wife was struck once as well, while she was hanging clothes in their back yard. Roy was helping her at the time, so the bolt might have been aimed at him.

Roy Sullivan is recognized by the Guinness Book of World Records for being struck by lightning more times than any other human being. All seven strikes were documented by the superintendent of the Shenandoah National Park, R. Taylor Hoskins, and verified by doctors.

The first verified lightning strike was in 1942, but Sullivan claimed he had been hit even earlier; when he was a kid helping his father cut wheat in a field. That thunderbolt struck the blade of his scythe without injuring him, but he couldn’t prove it later on, so he couldn’t claim that one for the Guinness record.

Roy Cleveland Sullivan died from a self-inflicted gunshot wound on September 28, 1983 at the age of 71, over what is described as an unrequited love.