There was denial aplenty that night, from the well dressed passengers filing onto the decks. Violet Jessop counted the lighted portholes as the small boat creaked ever downward. One row, then two: every abandoned stateroom a tableau. Three, and four: feathered hats on dressers, scattered jewels, sparkling abandoned, on table tops. Five and then six: each lighted circle revealing a snapshot, a last glimpse, soon to slip out of sight. 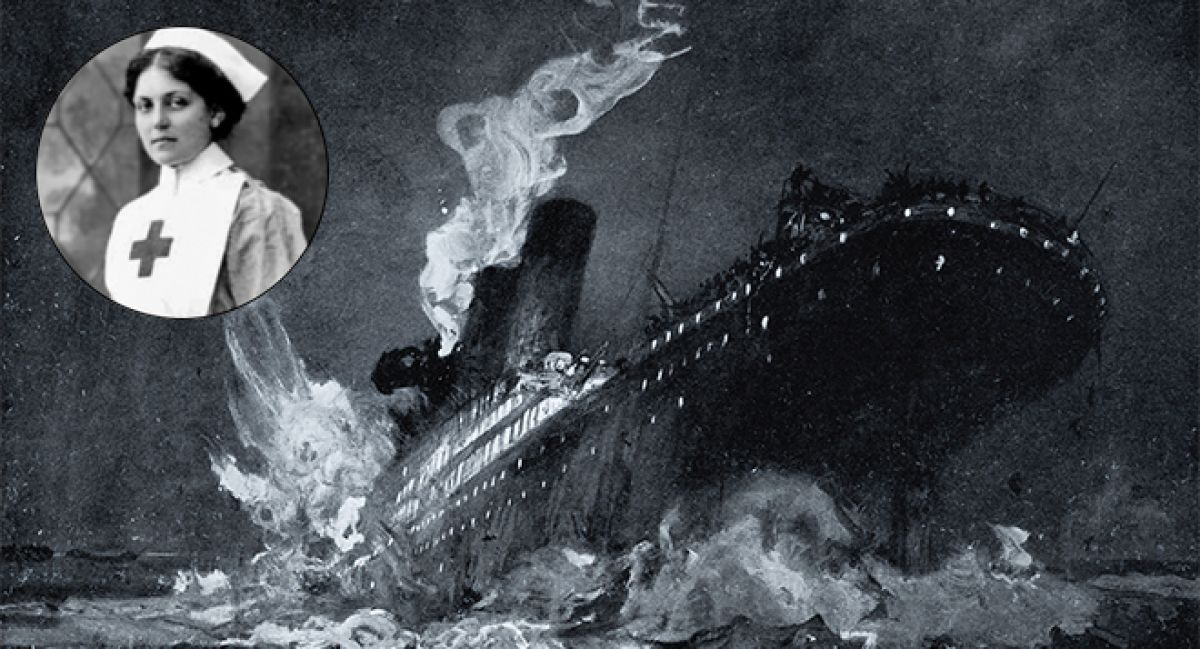 The maiden voyage of the largest ship afloat left the port of Southampton, England on April 10, 1912, carrying 2,224 passengers and crew. An accident was narrowly averted only minutes later, as Titanic passed the moored liners SS City of New York and Oceanic.

The smaller ships lifted in the bow wave formed by Titanic’s passing, then dropped into the trough. New York’s mooring cables snapped, swinging her about, stern-first. Collision was averted by a bare 4-feet as the panicked crew of the tugboat Vulcan struggled to bring New York under tow.

By the evening of the 14th, Titanic was 400 miles off the coast of Newfoundland, conditions clear, calm and cold. There were warnings of drifting ice from other ships in the area, but it was generally believed that ice posed little danger to large vessels at this time.

Captain Edward Smith opined that he “[couldn’t] imagine any condition which would cause a ship to founder. Modern shipbuilding has gone beyond that.”

Lookout Frederick Fleet alerted the bridge of an iceberg dead ahead at 11:40pm. First Officer William Murdoch ordered the engines put in reverse, veering the ship to the left. Lookouts were relieved, thinking that collision was averted. Below the surface, the starboard side ground into the iceberg, opening a gash the length of a football field.

The ship was built to survive flooding in four watertight compartments. The iceberg had opened five. As Titanic began to lower at the bow, it soon became clear. The great ship was doomed.

Those aboard were poorly prepared for such an emergency. The vessel was built for 64 wooden lifeboats, enough for 4,000, but the White Star Liner carried only 16 wooden lifeboats and four collapsibles.

As it was there was room for over half of those on board, provided that each boat was filled to capacity. So strictly did Royal Navy officer Charles Lightoller adhere to the “women and children first” directive, that evacuation took the form of women and children, only. Many boats were launched, half-full. The first lifeboat in the water, rated at 65 passengers, launched with 28 aboard.

Lightoller himself survived, only by clinging to the bottom of an overturned raft.

Violet Jessop was among those first to leave. A man tossed her a bundle with the words, “ look after this, will you?“. It was a baby.

As ship’s nurse, Jessop was there to look after the comfort of the White Star Line passengers. Now, this small boat full of disoriented women was being lowered into the cold and darkness of night, while all aboard the great vessel was light, and comfort, and warmth.

Denial is a funny thing, that psychological defense mechanism described by Sigmund Freud, in which a person rejects a plain fact too uncomfortable to contemplate. There was denial aplenty that night, from the well dressed passengers filing onto the decks. Violet Jessop counted the lighted portholes as the small boat creaked ever downward. One row, then two: every abandoned stateroom a tableau. Three, and four: feathered hats on dressers, scattered jewels, sparkling abandoned, on table tops. Five and then six: each lighted circle revealing a snapshot, a last glimpse, soon to slip out of sight.

Floating on the still, frigid waters of the north Atlantic, Jessop must have wondered about Captain Smith. This was not their first cruise together. This wasn’t even their first shipwreck.

The White Star Line’s RMS Olympic set sail for New York seven months earlier with Captain Edward Smith, commanding. Violet Jessop was on duty as the Royal Navy cruiser HMS Hawke performed mechanical tests, on a course parallel to the trans-Atlantic liner. Something went wrong and the tiller froze, swinging the bow of the Edgar-class cruiser toward the liner. Hydrodynamic forces took over and the two ships collided, just after noon. The hull of the cruiser was smashed, two great gashes carved into the side of Olympic. One was below the water line.

Two compartments flooded, but the watertight doors did their job. Olympic limped back to Southampton for repairs. Captain Smith and Violet Jessop moved on to the maiden voyage of her sister ship, the unsinkable RMS Titanic.

Denial turned to horror that frigid April night in 1912, when six rows of lights became five and then four, and Titanic began to rise by the stern.  RMS Carpathia arrived on the scene around 4am in response to distress calls, and diverted to New York with survivors.  Four days later, a crowd of 40,000 awaited the arrival of 705 survivors , in spite of a cold, driving rain.  It would take four full days to compile and release the list of casualties.

Violet Jessop survived that night.  Captain Smith, did not.

Back in 1907, Director General of the White Star Line J. Bruce Ismay planned a series of three sister ships, to compete with the Cunard lines’ Mauritania, and Lusitania. What these lacked in speed would be made up in size, and luxurious comfort. The three vessels were to be named Olympic, Titanic and Gigantic.

That last name was quietly changed following the Titanic disaster and, on December 12, 1915, the newly christened Britannic was ready for service.

Two years later, the world was at war. Nurse Jessop was working aboard HMHS (His Majesty’s Hospital Ship) Britannic. On November 21, 1916, HMHS Britannic was on station near Kea in the Aegean Sea when she was struck by a German mine, or torpedo. Violet Jessop calmly made her way to her cabin, She’d been here, before. There she collected a ring, a clock and a prayer book, and even helped another nurse collect her composure.

After the Carpathia rescue, Jessop complained to friends and family that she missed her toothbrush. Her wisecracking brother Patrick had quipped next time you wreck, “look after your toothbrush”.

This time, she didn’t forget her toothbrush.

Britannic should have survived even with five watertight compartments filled, but nurses defied orders and opened the windows, to ventilate the wards.   In fifty-five minutes, HMHS Britannic replaced her sister ship Titanic, as the largest vessel on the bottom of the sea.

Fortunately, daytime hours combined with warmer weather and more numerous lifeboats, to lessen the cost in lives.  1,035 were safely evacuated from the sinking vessel, keeping the death toll in the Britannic wreck, to thirty.

Violet Jessop survived three of the most famous shipwrecks of her age, and never tired of working at sea. She returned to work as stewardess aboard RMS Olympic after the war, before retiring to private life and passing away, in 1971.

John Maxtone-Graham, editor of “Titanic Survivor”, the story of Jessop’s life, remembers one last story about “Miss Unsinkable”. Fifty-nine years after the wreck, the phone rang late one night, during a violent thunderstorm. A woman’s voice at the other end asked “Is this the Violet Jessop who was a stewardess on the Titanic and rescued a baby?” “Yes” came the reply, “who is this?” The woman laughed: “I was that baby.”