The archaeological record suggests humans have been coloring their lips, for 4,000 years. 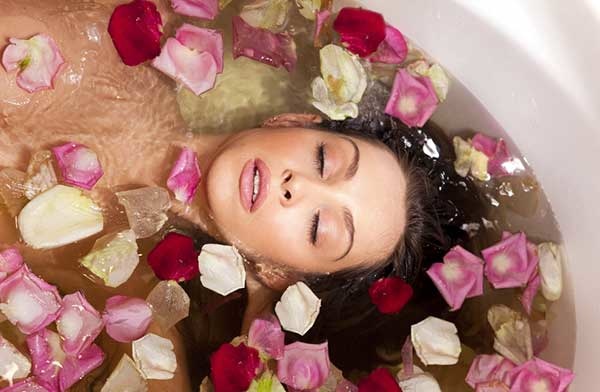 Popular ideas of what is beautiful have changed with time and place, but strange beauty secrets are as old as history itself. 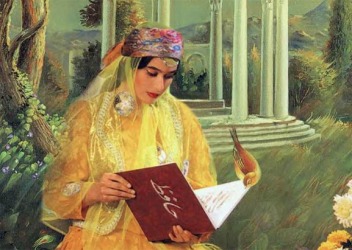 In ancient Greece, blond hair was perceived as beautiful, probably because it was unusual. Women would lighten their hair using a mixture of ashes, olive oil & water, and sometimes arsenic.

Cleopatra used a lipstick of mashed up beetle guts and powdered her eyes with the dried excrement, of crocodiles.  She would bathe daily in the sour milk of donkeys, 700 of the animals kept on-hand, for the purpose.

The stuff was supposed to have smoothed out wrinkles and just might have worked too.  Soured lactose turns to lactic acid, capable of removing the top layer of skin.  The Greek princess-turned Egyptian Pharoah all but owned the hearts of the most powerful men of the age, but at a cost.  Burning your own skin off seems a tough way to go. 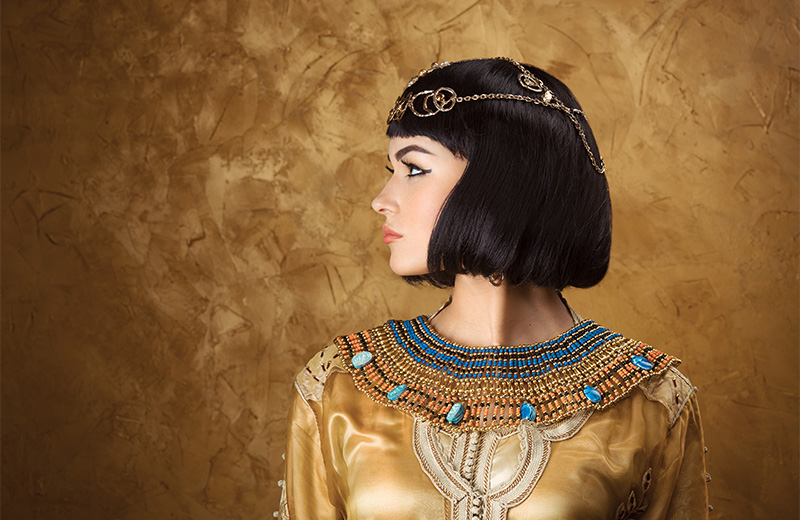 The 12th century Queen Isabeau of France likewise favored the sour donkey milk routine, followed up by rubbing her skin with crocodile glands and the brains of boars.

History remembers Empress Elisabeth of Austria for helping to bring about the dual monarchy of Austria-Hungary, in 1867.  Less well known is the woman’s obsessive dedication to her own youthful figure and exceptional beauty.

Elisabeth would crush strawberries over her face, neck and hands, followed by a bath in warm olive oil.  She would sleep in a mask lined with raw veal.

Elisabeth emphasized her already slender figure by “tight-lacing” a leather corset, a practice which infuriated the mother-in-law who regarded the queen’s duty, as being perpetually pregnant.

Even after four pregnancies, on her death at age 60 at the hands of an Italian anarchist, the woman’s waist measured 18½”-19 inches.

During the Heian period in Japan, 794 to 1185AD, a woman’s beauty was judged by the length of her hair. The ideal was considered to be about two feet below her waist.

The Hungarian “Blood Countess” Erzsébet Báthory who lived from August 7, 1560 – August 21, 1614, may be the most prolific female serial killer in history, bathing in the blood of as many as 650 virgins, to keep herself looking young.

Erzsébet’s four cohorts were convicted in the murder of 80, while the Countess herself was neither tried nor convicted due to her exalted rank. She was simply thrown into a cell on her arrest in December, 1610 and there left to die, four years later. 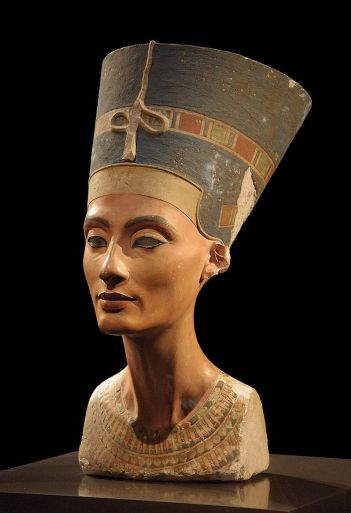 Nefertiti ruled as Egyptian Queen ca. 1351–1334 BC, the Great Royal Wife of Pharoah Akhenaten, predecessor to the great Tutankhamun. Nefertiti , her name translates as “The Beautiful Woman has Come”, would shave herself hairless from head to foot, donning a wig and lining her eyes with Egyptian kohl, a substance derived from lead. In case that wasn’t enough, Nefertiti would color her lips with a combination of seaweed and bromine nitrate, a plant-derived toxin so powerful, some believe the stuff to be the origin of the phrase, “the kiss of death”.

Elizabeth I, daughter of Anne Boleyn and Henry VIII, was crowned this day, November 17, 1588.  As queen, Elizabeth followed a path taken by women for thousands of years, sporting the high forehead and daubing her face with a powder makeup called ceruse. High lead content made the practice deadly enough, but women would top it off with a rouge containing mercury, leading to an untold number of birth defects and miscarriages. It’s all but certain the combination of lead and mercury led to her complete loss of hair.  Small wonder she was the “Virgin Queen”. 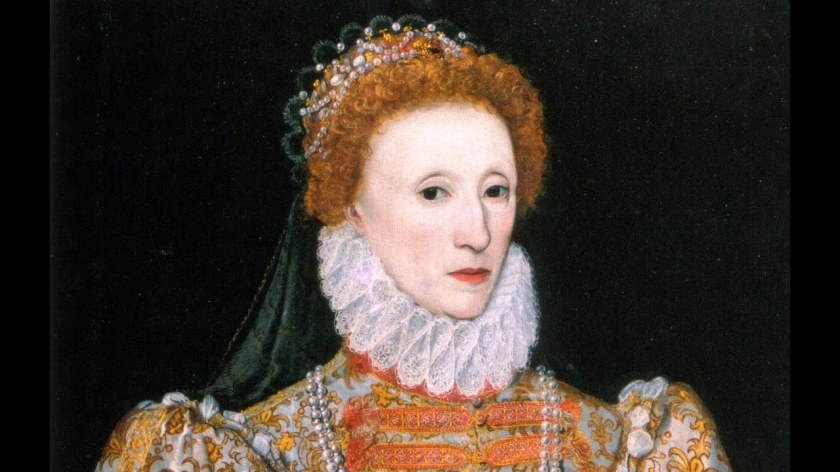 The European quest for the perfect, porcelain complexion lasted well into the 19th century, for which some women ate clay.  The ladies of the French Court obsessed over flawless, alabaster skin, until the end of the 18th century. They would fake it with thick layers of white powder, made from white lead, or talcum powder, or pulverized bone.  Whatever they could get hold of. Combined with wax, whale blubber, deer fat or vegetable oil, the stuff had a nice, greasy consistency that stayed where they put it. 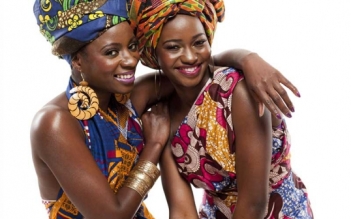 Meanwhile, African women of antiquity favored lavender oil for its distinctive feminine scent and a red tea called Rooibos to keep skin looking young and supple. With its naturally high levels of zinc and vitamin D2, the stuff was an important defense against the hot African sun.

Marie Antoinette washed up with “Eau Cosmetique de Pigeon”, the stuff bearing the promise right there on the  label,  that every bottle contained no fewer than “eight pigeons stewed.” 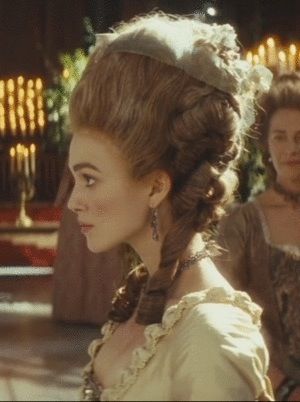 Hers was a time of big hair, when hair was piled high on top of the head, powdered and augmented with the hair of servants and the fur of pets. The do was often adorned with fabric, ribbons or fruit, sometimes holding props like birdcages complete with stuffed birds and even miniature frigates, under sail.

It wasn’t just women’s hair, either. Fashionable European men of the 18th century wore wigs made of both animal and human hair, a practice that soon spread across the water and into North America.

The wealthy wore longer wigs, often powdered and curled while those who couldn’t afford them wore shorter versions, usually styled into a braided ponytail. 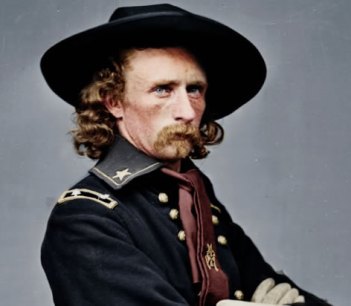 George Edward Pickett, he of the famous charge at the Battle of Gettysburg, was acclaimed for his oiled and perfumed locks.  The “Boy General”, the youngest Civil War General in the Union Army, would anoint his hair with cinnamon oil.  A lock of George Armstrong Custer’s hair recently sold at auction, for $12,500.

Well into the 20th century, women and men alike chose between slicking their hair down with a greasy brilliantine, or spraying it with shellac dissolved in an admixture of water and alcohol.

Weird beauty tips are easy to find on-line.  Some say that Preparation H under the eyes reduces puffiness (I hear it works).  Hot pepper sauce applied to the roots of the hair will help it grow, (the jury’s out on this one). Some believe that urine works as an astringent to clear up acne, (it doesn’t), and rubbing your face with a potato dries up oily skin (that one’s false as well). 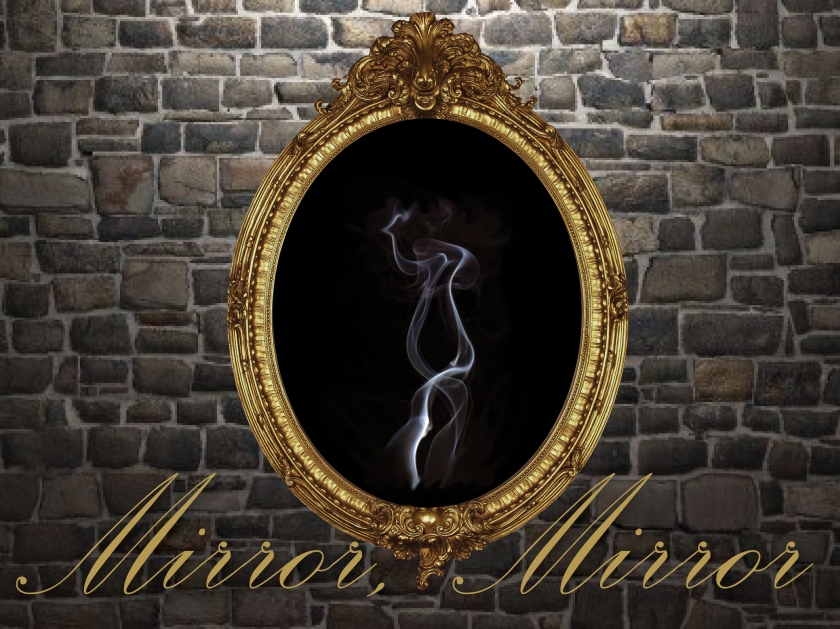 Today we look on past practices as bizarre, but maybe we shouldn’t. If those people from the past were to peer into their own future, they’d see spray tanning, teeth bleaching, and Brazilian bikini wax. They’d see people injecting the neurotoxic output of Clostridium Botulinum into their faces, and sticking metal objects through all manner of body parts.

You have to wonder what our own future will bring. Not even Nostradamus could have foretold tattooed grandmothers. 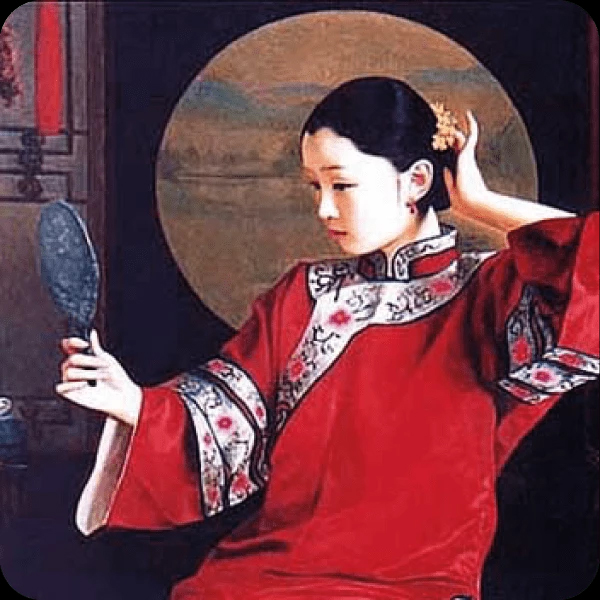