At 6’2″ and well over 300-pounds, the 27th President was a big man, not at all built for those cramped, wooden, stadium chairs. 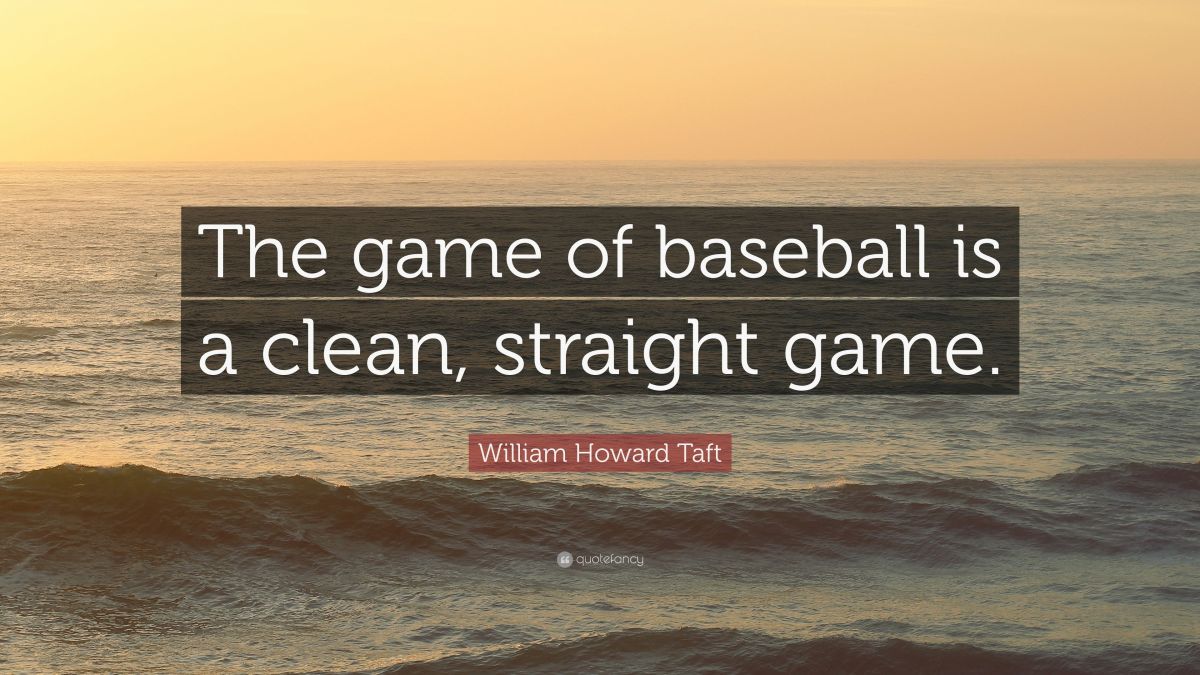 On this day in 1910, the Washington Senators squared off with the Philadelphia Athletics in the season opener, played at Griffith Stadium in Washington, DC.  President William Howard Taft, was there for the game.

At 6’2″ and well over 300-pounds, the 27th President was a big man, not at all built for those cramped, wooden, stadium chairs.  Taft grew increasingly uncomfortable over the course of the game.  By the middle of the seventh inning, he couldn’t take it anymore.  Unable to bear it any longer, the President stood up to stretch his aching legs. 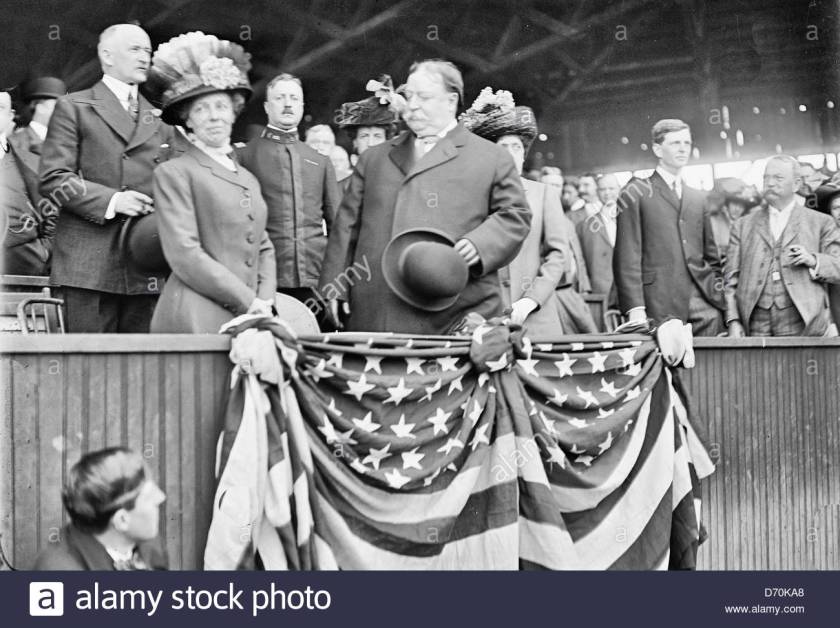 As the story goes, Taft’s fellow spectators noticed the President rising, and followed his lead.  Most had no idea why, but soon the entire section was standing.

The seventh inning stretch, was born.

President Taft was an avid baseball fan, attending no fewer than fourteen games while in office.  The man arrived late in 1909 and the game had to be delayed, not because of his arrival, but because of the applause.

Taft became the first American President to throw out an opening pitch, also on this day, in 1910.  The “opening pitch” ritual was different then, than it is today.  Taft threw the ball from the stands to the pitcher, who then began the game.  Ace pitcher Walter Johnson, who caught the throw, went on to pitch a one-hitter.

In addition to being our heaviest Commander-in-Chief, William Howard Taft is the only man to ever serve as President of the United States, and as Chief Justice of the Supreme Court.  He is one of only two Presidents to be buried in Arlington National Cemetery.

There are other versions of the seventh-inning stretch.   Fact is, no one is certain where it began.   This is only one version of the story, but its plausible and I like it.  I’m sticking with it.

William Howard Taft came back to throw the opening pitch in the 1911 opener and had his VP do the same, in 1912. President Woodrow Wilson continued the tradition, as did the next ten Presidents in a row. President Franklin Delano Roosevelt hit a Washington Post camera with his pitch, in 1940. President Harry S Truman threw out two balls in 1950, one left-handed and the other, right. President Jimmy Carter was the first to skip the tradition, though he did toss the opening pitch for game 7, of the 1979 World Series. President Barack Obama threw out the first pitch in 2010 on the 100th anniversary of President Taft’s toss. To date, President Donald Trump has not followed in the tradition. Search on the term “President Trump, opening pitch”, and MSNBC will give you an unflattering story about the Mueller probe. Never one to miss the political cheap shot, that one.  Not even in a baseball story. Insert deep sigh, Here.