Much has been written of the conflicts between Natives and American settlers.  That story has little to compare with the level of distrust and mutual butchery, which took place between the Spanish colonists to the North American continent, and the migratory bands of native Americans, known as Apache. 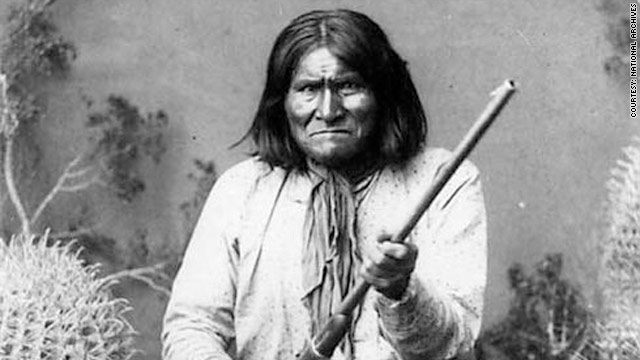 Much has been written of the conflicts between Natives and American settlers.  That story has little to compare with the level of distrust and mutual butchery, which took place between the Spanish colonists to the North American continent, and the migratory bands of native Americans, known as Apache.

First contact between the Crown of Castile and the roving bands of Apache they called Querechos, took place in the Texas panhandle, in 1541.

Relations were friendly for a time, but 17th century Spanish slave raids were met by Apache attacks on Spanish and Pueblo settlements in the province of Santa Fe de Nuevo México in the viceroyalty of New Spain.

By 1685, several bands of Apache were in open conflict with the polity which, in 1821, would become known as Los Estados Unidos de Mexico.  The United States of Mexico. Attacks and counter attacks were commonplace, as Presidios – Spanish fortresses – dotted the landscape of Sonora, Chihuahua and Fronteras. 5,000 Mexicans died in Apache raids between 1820 and 1835 alone.

On June 16, 1829, a child was born to the Chiricahua Apache, in the Mexican-occupied territory of Bedonkoheland, in modern-day New Mexico. One of eight brothers and sisters, the boy was called by the singularly forgettable name of “Goyahkla”, translating as “one who yawns”.

Over 100 Mexican settlements were destroyed in that time. The Mexican government placed a bounty on Apache scalps in 1835, the year in which Goyahkla turned 6.

In his seventeenth year, Goyahkla married Alope of the Nedni-Chiricahua band of Apache. Together the couple had three children. 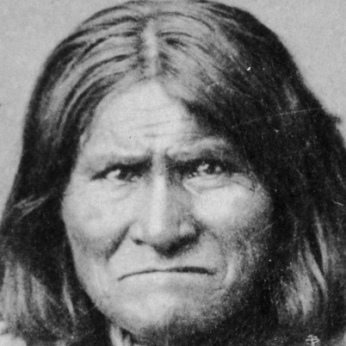 On March 6, 1858, a company of 400 Mexican soldiers led by Colonel Jose Maria Carrasco attacked the native camp as the men were in town, trading. Goyahkla came back to find his wife, children, and his mother, murdered.

He swore that he would hate the Mexicans for the rest of his life.

Chief Mangas Coloradas sent Goyahkla to Cochise’ band to help exact retribution on the Mexicans. It was here that the young man earned a name that was anything but forgettable.

Ignoring the hail of bullets, he repeatedly attacked the soldiers with a knife, killing so many that they began to call out to Saint Jerome for protection. The Spanish name for the 4th century Saint was often the last word to leave their lips: “Geronimo”. 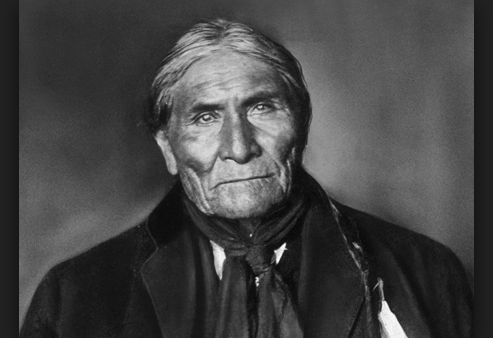 Geronimo would marry eight more times, but most of his life was spent at war with Mexico, and later with the United States. According to National Geographic, he and his band of 16 warriors slaughtered 500 to 600 Mexicans in their last five months alone.

Geronimo and his band of 38 men, women and children evaded thousands of Mexican and US soldiers. By the end of his military career, he was “the worst Indian who ever lived”, according to the white settlers.  Geronimo was captured on this day in 1886, by Civil War veteran and Westminster, Massachusetts native, General Nelson Miles. With the capture of Geronimo, the last of the major US-Indian wars had come to an end.

Geronimo became a celebrity in his old age, marching in Theodore Roosevelt’s inaugural parade in 1905. He converted to Christianity and appeared in county fairs and Wild West shows around the country.

In his 1909 memoirs, Geronimo wrote of the 1904 St. Louis World’s Fair: “I am glad I went to the Fair. I saw many interesting things and learned much of the white people. They are a very kind and peaceful people. During all the time I was at the Fair no one tried to harm me in any way. Had this been among the Mexicans I am sure I should have been compelled to defend myself often”.

In February 1909, Geronimo was thrown from a horse and contracted pneumonia following a long, cold night lying injured, on the ground. On his deathbed, he confessed that he regretted his decision to surrender. Geronimo’s last known words were spoken to his nephew, when he said “I should have never surrendered.  I should have fought until I was the last man alive”.