To perform even the most cursory examination of WW2 is to walk among a catalog of atrocities, unimaginable to the modern reader. As if the very nightmare pits of hell had opened and unleashed horrors, unthinkable even to the blackest visions of the perverted and depraved. A true reckoning of the horrors of that war, is capable of producing psychological damage. 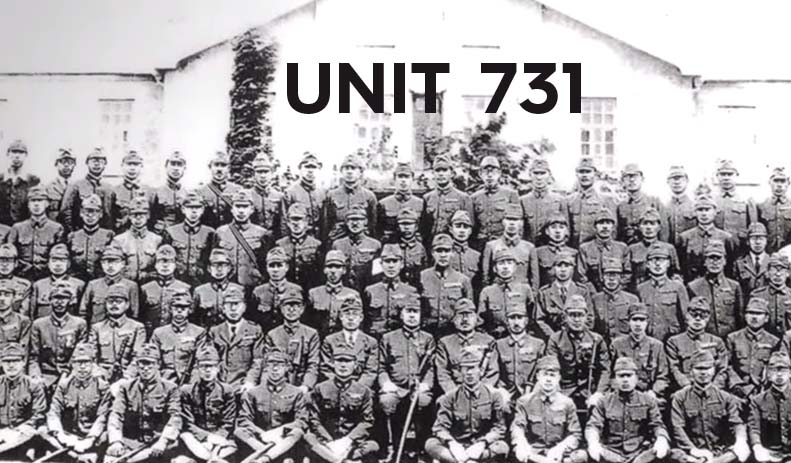 As Western historians tell the tale of WW2, the deadliest conflict in history began in September 1939, with the Nazi invasion of Poland. The United States joined the conflagration two years later, following the sneak attack on the American Naval anchorage at Pearl Harbor, by naval air forces of the Empire of Japan.

To perform even the most cursory examination of WW2 is to walk among a catalog of atrocities, unimaginable to the modern reader. As if the very nightmare pits of hell had opened and unleashed horrors, unthinkable even to the blackest visions of the perverted and depraved. A true reckoning of the horrors of that war, is capable of producing psychological damage.

The mountains of gold teeth, of eyeglasses and hair and children’s shoes, testify in mute witness to the systematic extermination of eleven million souls in the gas chambers and ovens of the “Master Race”.  The Untermenschen:  The Jews.  The Roma (“gypsies”).  The physically and mentally disabled.  The Poles and other Slavic races, Jehovah‘s Witnesses, homosexuals, and members of political opposition groups.

Mass graves and savage reprisals by Nazi death squads for the imaginary “collective guilt” of civil populations. The vicious brutality inflicted upon the diseased and starving captives of the countless prison camps, of the “Greater East Asia Co-Prosperity Sphere“.

The tales are widely told and deservedly so.  Never should such atrocities be forgotten, any more than the cataclysmic fire bombing campaigns of entire cities, nor the nuclear annihilation which brought this whole ghastly conflagration, to a close.

Yet, of 100 randomly selected adults, how many are aware of “Unit 731″ and the other “medical experimentation” centers of the Kempetai, possibly the most hideous episode in this entire parade of horribles?

In the East, the war which began in 1939 dates back to 1931, and the Japanese invasion of Manchuria beginning on September 18.

The invasion followed the Mukden incident, an entirely staged “false flag” operation and bald pretext to war, carried out by Japanese military personnel and identical in purpose, to that carried out against Poland by Nazi aggressors eight years later, almost to the day.

The puppet state of Manchukuo now joined most of the Korean peninsula under Japanese subjugation.  This and subsequent invasions and the famine and civil wars which ensued, killed more people during this eight-year period, than the modern populations of Canada and Australia.  Combined.

The covert biological and chemical warfare research program conducted by Unit 731 began operations two years before the European war, during the “second Sino-Japanese War” of 1937-’45. Originally set up by the Kempeitai military police arm of the Imperial Japanese army, Unit 731 was taken over and commanded until the end of the war by General Shirō Ishii, a combat medic officer of the Kwantung Army.

Thousands of so-called “logs” (“Maruta”, in Japanese) were brought through the 150 buildings comprising Unit 731, and smaller facilities known as Unit 100 and Unit 516.  They were men, women and children, captives subjected to unspeakable acts of barbarity, in the name of medical “science”.   70% of Unit 731’s victims were ethnic Chinese, but the list includes Soviet, Mongolian and Korean nationals and possibly European, American and Australian POWs, as well.

One example of the work there, is physiologist Yoshimura Hisato’s interest in hypothermia. The arms and legs of prisoners were submerged in ice or exposed to sub-zero winter cold until frozen solid, with ice accumulated on skin. Limbs were judged “ready” when they made a sound like a wooden board, when struck with a cane. Re-warming methods were carried out, from exposure to open fire to dousing in hot water. Sometimes the subject was simply left alone, to see how long a person’s own blood took to warm up the now-destroyed limbs.

Human beings were intentionally infected with diseases such as cholera, anthrax or venereal disease, or nerve, chemical and biological warfare agents of every description. Then, as always, the live dissections, and examination of the prisoner’s organs.

Female prisoners were subjected to rape and forced pregnancy, to test the “vertical transmission” of all of it, from mother to child.

Such “medical experiments” were carried out with no regard for the subjects’ survival.  In fact, live dissections were performed on fully aware and un-anesthetized victims, unless they were merely buried alive.  Such humane measures as unconsciousness, were thought to skew the “data”.  Not a single prisoner assigned to Unit 731, survived.  Not one.

Photographs may be found on-line if you wish, of the vivisection of live and fully conscious human beings.  I didn’t go there.   The images I decided to show, are bad enough.

Unit 731 prisoners were herded together onto firing ranges, to measure the damage done by weapons from swords to the Nambu 8mm pistol, to machine guns or bayonets and grenades.  Even flame throwers.

Bubonic plague-infected fleas were bred in laboratories at Unit 731 and Unit 1644, and spread by low flying aircraft in the coastal city of Ningbo and Changde in the Province of Hunan. Chinese civilians killed in outbreaks of bubonic plague, number thirty thousand or more.

Throughout the eight years of its existence, 1937 -1945, Unit 731 and its counterparts received generous support from the Japanese government.

On this day in 1945, Representatives of the Imperial Japanese government signed the formal instrument of surrender aboard the “Mighty Mo”, the Iowa-class battleship USS Missouri, ending World War 2 in the Pacific.

After the war, Unit 731 records were burned and researchers resumed civilian lives, as if nothing had happened. Many went back to faculty positions. Like “Operation Paperclip”, the combined British – American effort to scour the German talent pool for scientists and technicians of every sort, Japanese researchers were given immunity from prosecution, in exchange for what they knew.

Shirō Ishii was arrested by US occupation authorities after the war, and managed to negotiate immunity, in exchange for their full disclosure of germ warfare data based on human experimentation. On May 6 1947, General Douglas MacArthur wrote to Washington that “additional data, possibly some statements from Ishii probably can be obtained by informing Japanese involved that information will be retained in intelligence channels and will not be employed as ‘War Crimes’ evidence.”

After that, Ishii all but stepped off the pages of history.

Cambridge University history lecturer Richard Drayton claims that he showed up in Maryland, to advise on bioweapons. Some sources place him on the Korean peninsula in 1951, still others claim he never left Japan where he died of throat cancer, at the age of 67.

In April of this year, the National Archives of Japan disclosed for the first time, a full list of the 3,607 people who worked for Unit 731. The Japanese government has yet to apologize for its acts of barbarity, nor is it likely to, anytime soon.  No more than the government in China, is likely to forget.