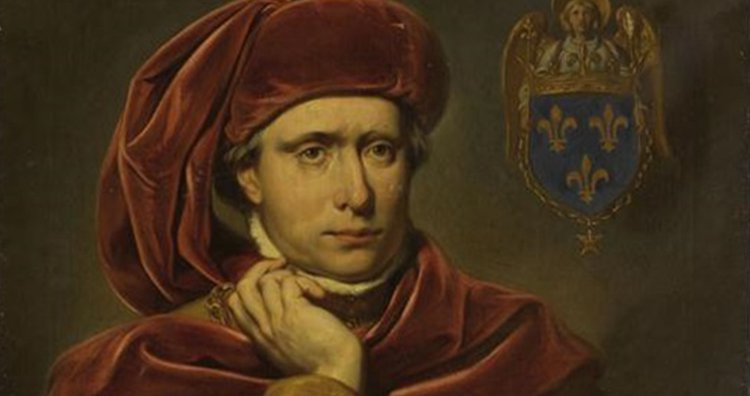 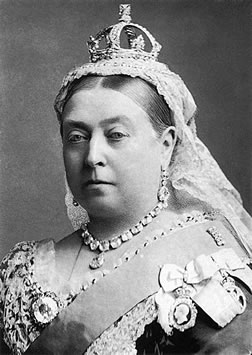 A story comes down to us from the Royal Residence of Queen Victoria, of the hapless attendant who told a spicy story one night, at dinner.  You could have watched the icicles grow, when the Queen of the United Kingdom of Great Britain and Ireland turned and said: “We are not amused“.

The story may be little more than a tale told “out of school”, no better than “a guy told me at the pub…”  Despite the ‘pluralis majestatis’, the ‘Royal We’,  Vicky herself is said to have been an enjoyable companion if not exactly a zany funster. At least in private.

The “Grandmother of Europe” was never given to public displays of mirth. Her lighter side would forever remain, Victoria’s secret.  Yet for the rest of us, some of the Royals of history have been very amusing, indeed.

Roman Emperor Caligula (“Little Boots“), so-called for the tiny soldier’s boots, the Caligae, the boy liked to wear on campaign with his father,  famously appointed his horse Incitatus, Consul of Rome.  At least he planned to.   Elagabalus ranked his Imperial cabinet according to the size of his officer’s ummm…well, never mind that.  Charles VI, “the Beloved and the Mad”, King of France from 1380 to 1422, would sit motionless for hours on-end, thinking himself made of glass.

Russian Emperor Peter III was married to the formidable Catherine the Great, though all that greatness seems not to have rubbed off on ol’ Pete.  Given as he was to playing with toy soldiers in bed, it’s uncertain whether the Royal Marriage, was ever consummated. A mean drunk and a child in a man’s body, one story contends that Peter held a full court martial followed by a hanging on a tiny gallows of his own construction, for the rat who chewed off the head of one of his precious toy soldiers.

Some contend that the infamous Jack the Ripper, was a member of the Royal family.

The warlike men who sailed their longboats out of the north tormented the coastal United Kingdom and northwestern Europe, since their first appearance at Lindisfarne Monastery in 793.

These “Norsemen”, or “Normans” attacked Paris in early 911. By July they were holding the nearby town of Chartres, under siege. Normans had burned the place to the ground back in 858 and would probably have done so again, but for their defeat at the battle of Chartres, on July 20.

Even in defeat, these men of the North presented a formidable threat. The Frankish King approached them with a solution.

King Charles III, known as “Charles the Simple” after his plain, straightforward ways, proposed to give the Normans the region from the English Channel to the river Seine. It would be the Duchy of Normandy, some of the finest farmlands in northwest Europe, and it would be theirs in exchange for an oath of personal loyalty, to Charles himself.

The deal made sense for the King, since he had already bankrupted his treasury, paying these people tribute. And what better way to deal with future Viking raids down the coast, than to make them the Vikings’ own problem?

So it was that the Treaty of Saint-Clair-sur-Epte was concluded on this day in 911, when the Viking Chieftain Rollo pledged feudal allegiance to the King of Western Francia.

Rollo was called “The Walker”, because the man was so huge that no horse could carry him. He must have been some scary character with a two-handed battle axe.

At some point in the proceedings, the Viking chieftain was expected to stoop down and kiss the king’s foot, in token of obeisance. Rollo recognized the symbolic importance of the gesture, but wasn’t about to submit to such degradation, himself.

Rollo motioned to one of his lieutenants, a man almost as enormous as himself, to kiss the foot of the King.  The man shrugged, reached down and lifted King Charles off the ground by his ankle. He kissed the foot, and then tossed the King of the Franks aside.  Like a sack of potatoes. 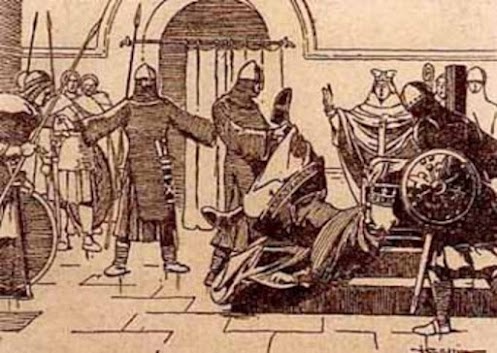 Richard III reigned as King of England from 1483 until his death on August 22, 1485, at the Battle of Bosworth Field. After the battle, the last Plantagenet King was thrown in some anonymous hole in the ground, and forgotten.

For five centuries, Richard’s body was believed to have been thrown into the River soar. In 2012, Richard’s remains were discovered under a parking lot, once occupied by Greyfriars Priory Church.

Mitochondrial DNA, that passed from mother to child, demonstrated beyond the shadow of a doubt that the body was that of King Richard III, the last King of the House of York.

But, there was a problem.

The Y-chromosome haplotypes, those passed through the male line, didn’t match the living descendants of the King. The conclusion was inescapable. Somewhere along the Royal line, the chain of paternal DNA was broken. The proverbial “Mailman” had, er, inserted himself, into the family tree.

If true, that de-legitimizes John’s son Henry IV and everyone descended from him, down to the ruling house of Windsor.  Had such a break taken place in more modern times, the paternity of only a few minor Dukes, would be affected.

Professor Kevin Schurer of the University of Leicester, warned: “The first thing we need to get out of the way is that we are not indicating that Her Majesty should not be on the throne. There are 19 links where the chain could have been broken so it is statistically more probable that it happened at a time where it didn’t matter. However, there are parts of the chain which, if broken, could hypothetically affect royalty.”

Without exhuming a whole lot of bodies, there’s no knowing who the illegitimate child was, along those five-hundred years of “Royalty”. Nineteen links in the chain. Suspicion centers on John of Gaunt (1340 – 1399), the alleged son of Edward III, but whose Real father, may have been a Flemish butcher.

I’m not a betting man but if I were, my money’s on those old guys, staying in the ground.

Feature image, top of page:  King Charles VI of France, “the Beloved and the Mad”, by Gillot Saint-Evre