Hugh Campbell Beaver was a British engineer and industrialist and, at the time of this story, Managing Director of the brewery founded by Arthur Guinness, about two hundred years earlier. Beaver was on a hunting trip in County Rexford in Ireland, when a friendly argument broke out among the group. Which is the fastest game bird in Europe, the golden plover, or the grouse?

The information was surprisingly difficult to find, and no reference book was available to settle the matter.

At that time, there were some 81,400 pubs in Great Britain and Ireland. What if they all had a reference book to settle such weighty matters, while enjoying a Guinness Draught, of course.

Beaver turned out to be more correct, than he realized.

At that time, Norris and Ross McWhirter were running a fact-finding agency in London “to supply facts and figures to newspapers, yearbooks, encyclopedias and advertisers” and working as sports reporters, on the side. One of the athletes they covered was the middle and long-distance runner Christopher Chataway, who just happened to work for the Guinness Brewery.

Chattaway introduced the pair to Beaver in 1954. Guinness’ directors were impressed with the encyclopedic knowledge possessed by the McWhirter twins, when it came to facts and figures. The brothers agreed to take up work and, on this day in 1955, the 198-page Guinness Book of Records was first published in Great Britain.

The book was intended to be given out for free, but proved to be far more popular than anyone had expected. The company began selling it that fall. Within four months, the book was non-fiction best-seller, in all the United Kingdom.

Soon, the McWhirter brothers were traveling the world over, to research and verify records. The first American edition was published in 1956, followed by editions in other countries.

In the early 1960s, the McWhirter twins became involved in British Conservative party politics, bringing the pair into conflict with the Provisional Irish Republican Army. Ross was hunted down and murdered in front of his home in 1975, by IRA gunmen. His brother Norris continued to serve as the book’s editor until retiring, in 1986. 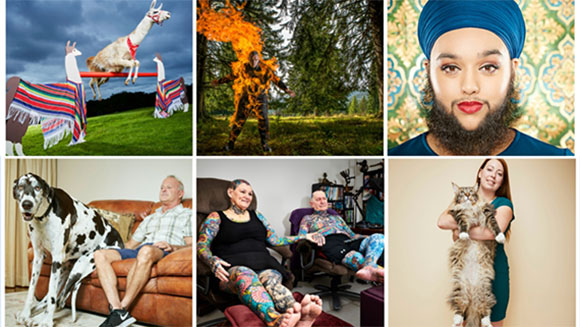 As of this year the book is in its 63rd year of publication, published in 100 countries and 23 languages and itself holding a world record, as the best-selling copyrighted book of all time.