Details of the West Loch disaster would remain classified until 1960, explaining why the incident is so little known, today. 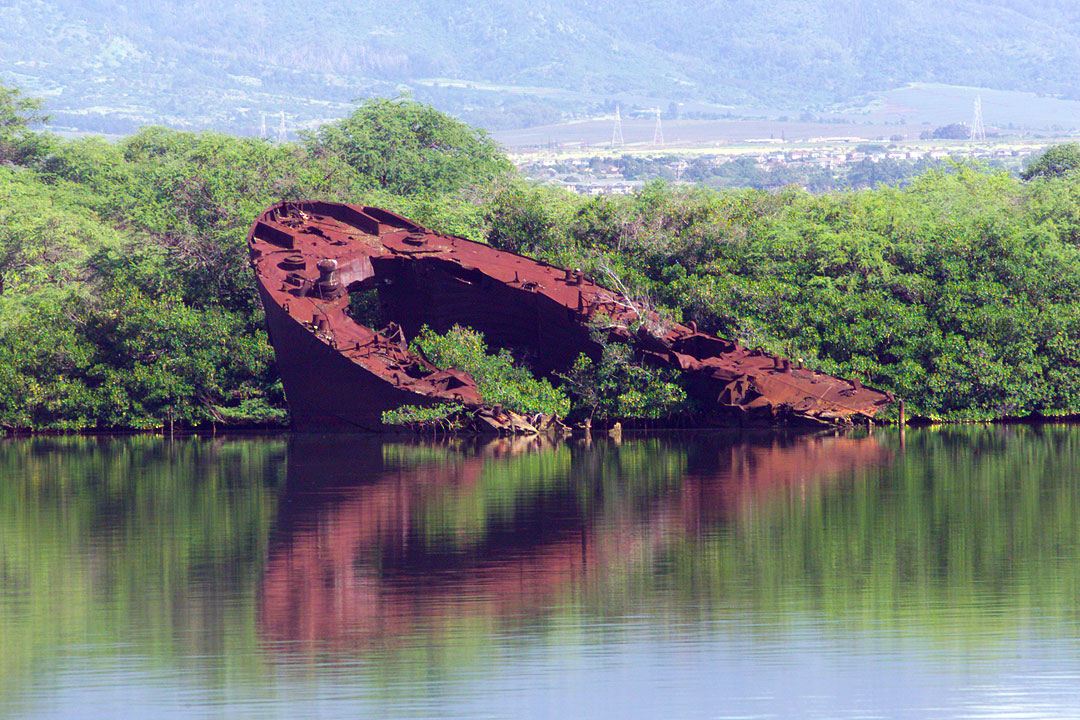 Between June and November 1944, forces of the United States Marine Corps and Army conducted Operation Forager with support from the United States Navy, an offensive intended to dislodge Imperial Japanese forces from the Mariana Islands and the island nation of Palau.

Part of the island-hopping strategy employed during the last two years of WW2, Operation Forager followed the Gilbert and Marshall Islands campaign and had as its objective the neutralization of Japanese bases in the central Pacific, support for the Allied drive to retake the Philippines, and to provide bases for strategic bombing raids against the Japanese home islands.

In May 1944, the Pacific naval anchorage at Pearl Harbor was a rush of activity, building up for the planned invasion.  Seventy-four years ago today, twenty-nine Landing Ships, Tank (LSTs) were tied beam-to-beam on six piers, loading munitions, high octane gasoline and other equipment.

LST-353 exploded shortly after three in the afternoon, causing an incendiary chain reaction down the line of LSTs. 200 men were blown into the water in the first few minutes, in explosions powerful enough to knock vehicles on their sides. Eleven buildings on the shore were destroyed altogether and another nine, damaged.

Firefighting efforts were slow to get underway, due to the heat and the inexperience of many of the crew. Some LSTs began to move away under their own power or with the assistance of tugs, others were abandoned and left adrift and burning, before sinking in the channel.

Burning gasoline spread across the water and ignited other ships, left unharmed by the initial explosions. Fires continued to burn for the next twenty-four hours.

Casualty figures are surprisingly inexact. Most sources report 163 personnel killed in the incident and another 396, wounded. Some sources put the number of dead as high as 392.  Eleven tugboats were damaged while engaged in fire control efforts.  Six LSTs were sunk, two already carrying smaller, fully loaded Landing Craft Tanks (LCT) lashed to their decks.  Several others were heavily damaged and/or run aground.

A press blackout was ordered immediately after the incident, and military personnel were ordered not to talk. A Naval Board of Inquiry was opened the following day. The disaster at West Loch was initially believed to be caused by Japanese submarines, but the idea was dismissed due to the shallow depth of the harbor, and the presence of anti-submarine nets.

The precise cause of the accident remained elusive, as everyone near the initial explosion was killed. Army stevedores were unloading mortar ammunition at the time, using an elevator just fifteen feet from 80 drums of fuel. Some believe that a mortar round was accidentally dropped and exploded, others that fuel vapors were ignited by a cigarette or welder’s torch.

Subsequent salvage and removal efforts on the West Loch brought up the remains of a Japanese midget submarine, now believed to be the fifth such sub used in the attack of two years earlier.

Details of the West Loch disaster would remain classified until 1960, explaining why the incident is so little known, today. 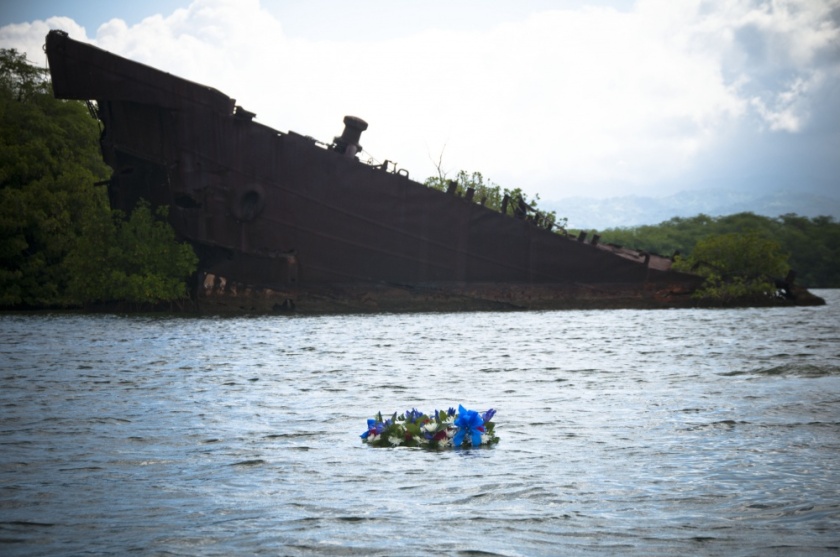 The last fatality from the disaster at West Loch occurred nine months later, during salvage operations for a sunken LST. 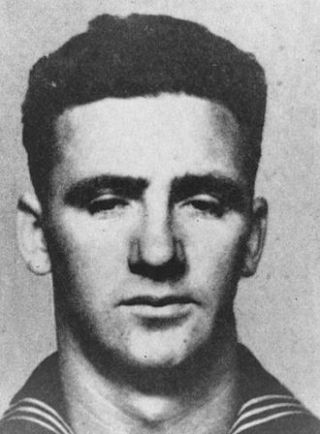 On February 17, 1945, two divers were using jet nozzles to tunnel under a sunken LST, when the steel wreckage above them caved in. Buried alive with lifelines and air hoses hopelessly tangled with jagged pieces of steel, the pair was trapped under 40′ of water and another 20′ of mud.  There seemed no chance of survival, when fellow Navy diver Owen Francis Patrick Hammerberg went into the water.

Working in the swirling mud and pitch blackness beneath the bottom of Pearl Harbor, the diver worked desperately to wash another tunnel under the sunken LST.  Hammerberg reached the first man after hours of exhausting labor, freeing his lines and enabling the man to reach the surface.

Let Owen Hammerberg’s Medal of Honor citation, the one he would not live to read, tell what happened next.

“…Venturing still farther under the buried hulk, he held tenaciously to his purpose, reaching a place immediately above the other man just as another cave-in occurred and a heavy piece of steel pinned him crosswise over his shipmate in a position which protected the man beneath from further injury while placing the full brunt of terrific pressure on himself. Although he succumbed in agony 18 hours after he had gone to the aid of his fellow divers, Hammerberg, by his cool judgment, unfaltering professional skill and consistent disregard of all personal danger in the face of tremendous odds, had contributed effectively to the saving of his 2 comrades…”.

Navy diver and Boatswain’s Mate 2nd Class Owen Francis Patrick Hammerberg was the only service member in WW2 and the last person ever, to receive the Medal of Honor as the result of heroism performed outside of combat.