A specially trained team of four border collies was brought to the atoll to search for bones in June 2017, but the answers remain elusive. 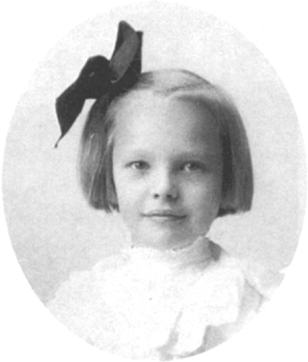 Edwin seems to have had life-long problems with alcohol, often resulting in an inability to provide for his family. Amelia must have been a disciplined student despite it all, as she graduated with her high school class, on time, notwithstanding having attended six different schools.

Earhart was certainly independent, saying later in life that “The woman who can create her own job is the woman who will win fame and fortune”.

Amelia and her sister saw their first airplane in 1908, at the Iowa State Fair in Des Moines. It was a rickety old biplane in which Edwin was trying to interest them in a ride.   Earhart later described the biplane as “a thing of rusty wire and wood and not at all interesting.”  At the time, the girls preferred the merry-go-round.

Meeley and Pidge worked as nurse’s aids in Toronto in 1919.  There she met several wounded aviators, developing a strong admiration for these people and spending much of her free time watching the Royal Flying Corps practice at a nearby airfield.

Around that time, Earhart and a friend were visiting an air show in Toronto, when one of the pilots thought it would be funny to dive at the two women. “I am sure he said to himself, ‘Watch me make them scamper,'” she said, but Earhart held her ground.  “I did not understand it at the time, but I believe that little red airplane said something to me as it swished by.”

A ten-minute ride at a Long Beach California air show in 1920 changed her life.  From that time on, Amelia Earhart knew she wanted to fly.

She bought a second-hand Kinner Airster in 1921, a bright yellow biplane she called “The Canary”, flying it to 14,000’ the following year, a world altitude record for female pilots.

Short funds grounded her for a time, by 1927 she was flying out of the Dennison Airport in Quincy, Massachusetts.  Earhart invested in the airport and worked as a salesman for Kinner airplanes in the Boston area while writing about flying in the local newspaper.

Charles Lindbergh’s New York to Paris Flight on May 20-21 of that year was the first solo, non-stop transatlantic crossing by airplane. Aviatrix Amy Phipps Guest wanted to be the first woman to make the flight, but later decided it was too dangerous. Instead she would sponsor the trip, provided that “another girl with the right image” was found.

“Lady Lindy”, Earhart became that first woman on May 21, 1932, five years to the day after Lindbergh. 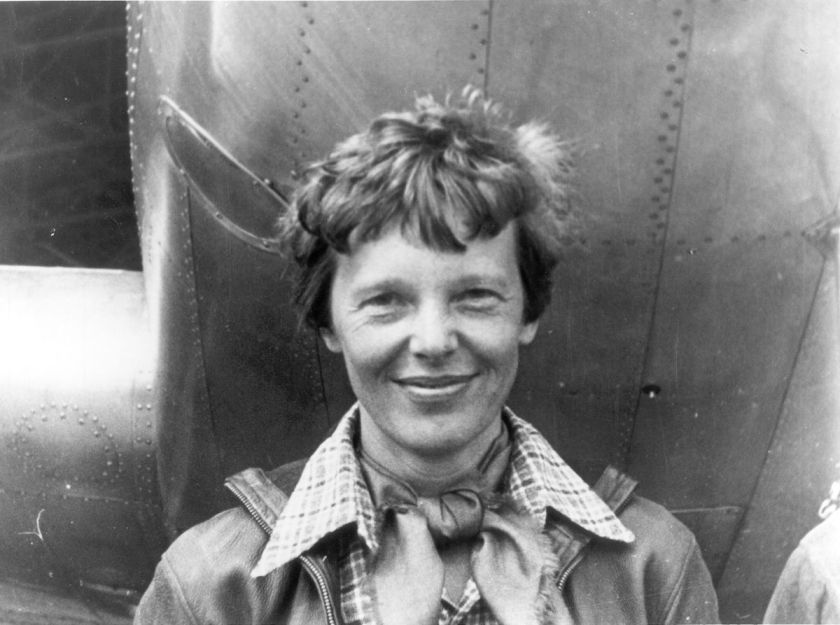 On this day in 1935, Amelia Earhart became the first person of either sex to fly solo from Hawaii to California.

Two years later, Earhart and copilot/navigator Frederick J. Noonan attempted to fly around the world. The US Coast Guard cutter Itasca picked up radio messages that the aircraft was lost and low on fuel on July 2, 1937, and then it vanished.

The $4 million search and rescue effort covered 150,000 square miles and lasted for sixteen days, but to no avail.

Following the end of the official search, Earhart’s husband and promoter George Palmer Putnam financed private searches of the Phoenix Islands, Christmas (Kiritimati) Island, Fanning (Tabuaeran) Island, the Gilbert and the Marshall Islands, but no trace of the aircraft or its occupants was ever found.

For years, the prevailing theory was that Earhart’s Lockheed Model 10 Electra ran out of gas and plunged into the ocean.

The International Group for Historic Aircraft Recovery (TIGHAR) has been exploring a 1½ mile long, uninhabited tropical atoll once called Gardner Island, now Nikumaroro, in the southwestern Pacific Republic of Kiribati. After eleven visits to the atoll, TIGHAR sonar images revealed a straight, unbroken anomaly under the sand, remarkably consistent with the fuselage of a Lockheed Electra.

The traces of a long-dead campfire were discovered in 1940, along with animal bones, a box from a sextant, and thirteen human bones.  A doctor judged them to have belonged to a male and American authorities were never notified.

Those bones were subsequently lost, but computerized re-evaluation of their measurements suggest that the skeleton was probably that of a white female of European ethnicity, standing roughly the same 5’8″ as Amelia Earhart.

A specially trained team of four border collies was brought to Nikumaroro to search for bones in June 2017.  Thus far, the answer to one of the great mysteries of the 20th century, remains elusive.

Nikumaroro is no tropical island paradise.  There is no fresh water and daytime temperatures exceed 100°F in July. The island’s only inhabitants are Birgus latro, commonly known as the coconut crab, The largest land-dwelling arthropod in the world, specimens weigh up to 9lbs and measure over 3′ from leg tip to leg tip. 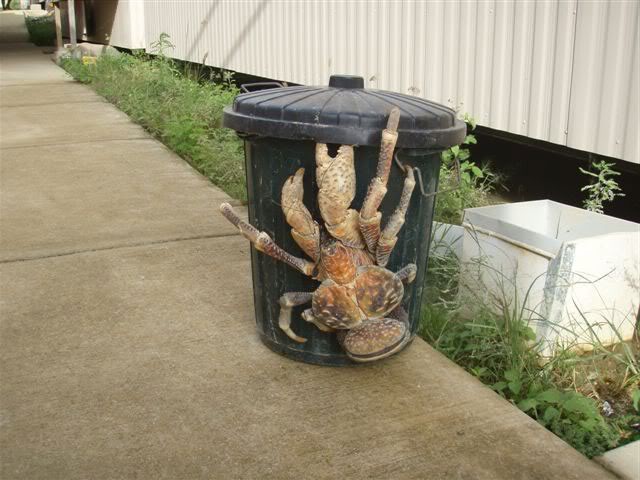 Gifted with a keen sense of smell, the adult coconut crab feeds on fruits, nuts, seeds, and the pith of fallen trees, but will eat carrion or just about anything else if given the chance.  Virtually any food source left unattended will be investigated and carried away, giving rise to the alternative name “Robber crab.”

It’s anyone’s guess how the two aviators spent the last hours of their lives, or who it was who lit that fire or left those bones. Looking at the size of the island’s only inhabitants, it’s not difficult to imagine why there were only 13.