“Something has gone seriously awry with this Court’s interpretation of the Constitution”, Thomas wrote. “Though citizens are safe from the government in their homes, the homes themselves are not”. 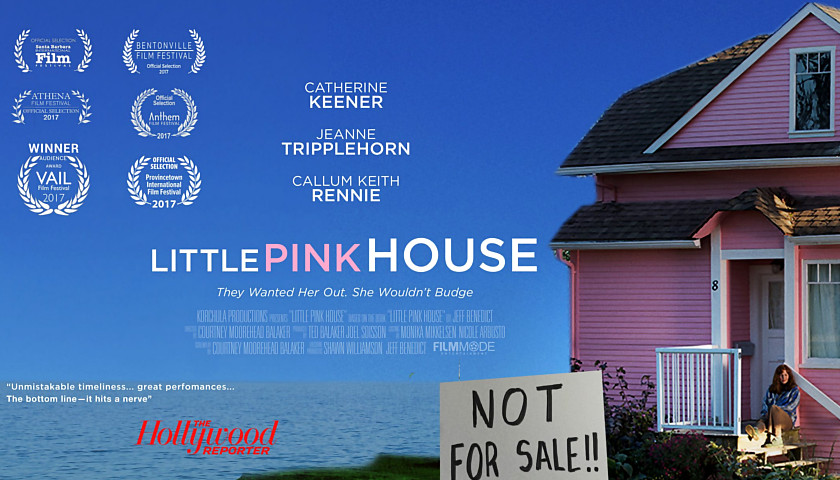 In 1775, Connecticut Governor Jonathan Trumbull proposed a fortification at the port of New London, situated on the Thames River and overlooking Long Island Sound. The fort was completed two years later and named for the Governor. During the Revolution, Fort Trumbull was attacked and occupied by British forces, for a time commanded by the turncoat American General, Benedict Arnold.

By the early 20th century, the Fort Trumbull neighborhood consisted of 90 or so single and multi-family working class homes, situated on a peninsula along the fringes of a mostly industrialized city center.

In 1996, chemists working at Pfizer Corporation’s research facility in England were studying compound UK-92, 480 or “Sildenafil Citrate”, synthesized for the treatment of a range of thoracic circulatory conditions.  Study subjects were expected to return unused medication at the end of the trial. Women showed no objection to doing so but a significant number of male subjects refused to give it back. It didn’t take long to figure out what was happening.  The chemical compound which would one day bear the name “Viagra”, had revealed itself to be useful in other ways.

For the newly divorced paramedic Susette Kelo, the house overlooking the Fort Trumbull waterfront was the home of her dreams. Long abandoned and overgrown with vines, the little Victorian cottage needed a lot of work, but where else was she going to find a waterfront view at such a price?  It was 1997, about the time that Connecticut and New London politicians resurrected the long-dormant New London Development Corporation (NLDC), in an attempt to revitalize the city’s waterfront.

Susette Kelo sanded her floors on hands and knees as Pfizer Corporation, already occupying the largest office complex in the city, was looking at a cataract of new business based on their latest chemical compound. The company was recruited to become the principal tenant in a “World Class” multi-use waterfront campus, including high-income housing, hotels, shopping and restaurants, all centered around a 750,000 sq. ft. corporate research facility.

Connecticut College professor and NLDC President Dr. Claire Gaudiani liked to talk about her “hip” new development project.  Fort Trumbull residents were convinced that stood for “High Income People”. With an average income of $22,500, that didn’t include themselves.

Most property owners agreed to sell, though not exactly “voluntarily”.  There was considerable harassment of the reluctant ones, including late-night phone calls, waste dumped on properties, and tenants locked out of apartments during cold winter weather.

Seven homeowners holding fifteen properties refused to sell, at any price. Wilhelmina Dery was in her eighties. She was born in her house and she wanted to die there. The Cristofaro family had lost another New London home in the ’70s, taken by eminent domain during yet another “urban renewal” program. They didn’t want to lose this one, too.

In 2000, Susette Kelo came home from work the day before Thanksgiving, to find an eviction notice taped to her door.

Facing a prolonged legal battle which none of the homeowners could afford, the group got a boost when the Libertarian law firm Institute for Justice took their case pro bono. There was cause for hope. Retired homeowner Vera Coking had faced a similar fight against Now-President Donald Trump’s development corporation back in 1993, when the developer and Atlantic City New Jersey authorities attempted to get her house condemned to build a limo lot. 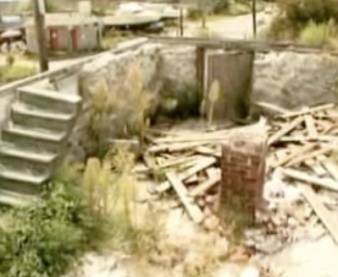 Eminent domain exists for a purpose, but the most extreme care should be taken in its use. Plaintiffs argued that this was not a “public use”, but rather a private corporation using the power of government to take their homes for economic development, a violation of both the takings clause of the 5th amendment and the due process clause of the 14th.

Vera Coking won her case against the developer and the municipality.  The casino itself later failed and closed its doors. New London District Court, with Susette Kelo lead plaintiff, “split the baby”, ruling that 11 out of 15 takings were illegal and unconstitutional. At that point, the ruling wasn’t good enough for the seven homeowners. They had been through too much.  All of them would stay, or they would all go.

Connecticut’s highest court reversed the decision, throwing out the baby AND the bathwater in a 3-4 decision. The United States Supreme Court agreed to hear the case, argued before the seven justices then in attendance on February 22, 2005.

SCOTUS ruled in favor of New London in a 5-4 decision, Justices Stevens, Kennedy, Souter, Ginsburg and Breyer concurring. Seeing the decision as a reverse Robin Hood scheme that would steal from the poor to give to the rich, Sandra Day O’Connor wrote “Any property may now be taken for the benefit of another private party, but the fallout from this decision will not be random. The beneficiaries are likely to be those citizens with disproportionate influence and power in the political process, including large corporations and development firms“. 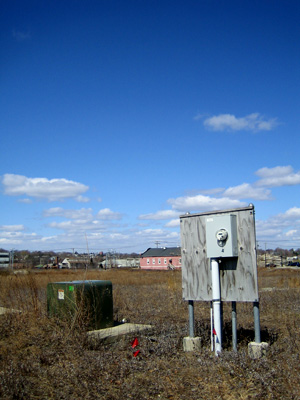 Clarence Thomas took an originalist view, stating that the majority opinion had confused “Public Use” with “Public Purpose”. “Something has gone seriously awry with this Court’s interpretation of the Constitution“, Thomas wrote. “Though citizens are safe from the government in their homes, the homes themselves are not“.  Antonin Scalia concurred, seeing any tax advantage to the municipality as secondary to the taking itself.

In the end, most of the homes were destroyed or relocated. State and city governments spent $78 million and bulldozed 70 acres.  The 3,169 new jobs and the $1.2 million in new tax revenue anticipated from the waterfront development, never materialized.  Pfizer backed out of the project, moving 1,400 existing jobs to a campus it owns in nearby Groton.  The move was completed around the time when tax breaks were set to expire, raising the company’s tax bill by 500%.

Susette Kelo sold her home for a dollar to Avner Gregory, a preservationist who dismantled the little pink house and moved it across town.  A monument to what Ambrose Bierce once called “The conduct of public affairs for private advantage”.

Movie Trailer and feature image above from the film “Little Pink House”, scheduled for release in April, 2018.

In 2011, the now-closed redevelopment area became a dumping ground for debris left by Hurricane Irene.  The only residents, were feral cats.