“Let Peace Take Root”
The Cedar of Lebanon tree grows in living memory of the Americans killed in the Beirut terrorist attack and all victims of terrorism throughout the world.
Dedicated during the first memorial ceremony for these victims.

Given by: No Greater Love
October 23, 1984
A time of remembrance 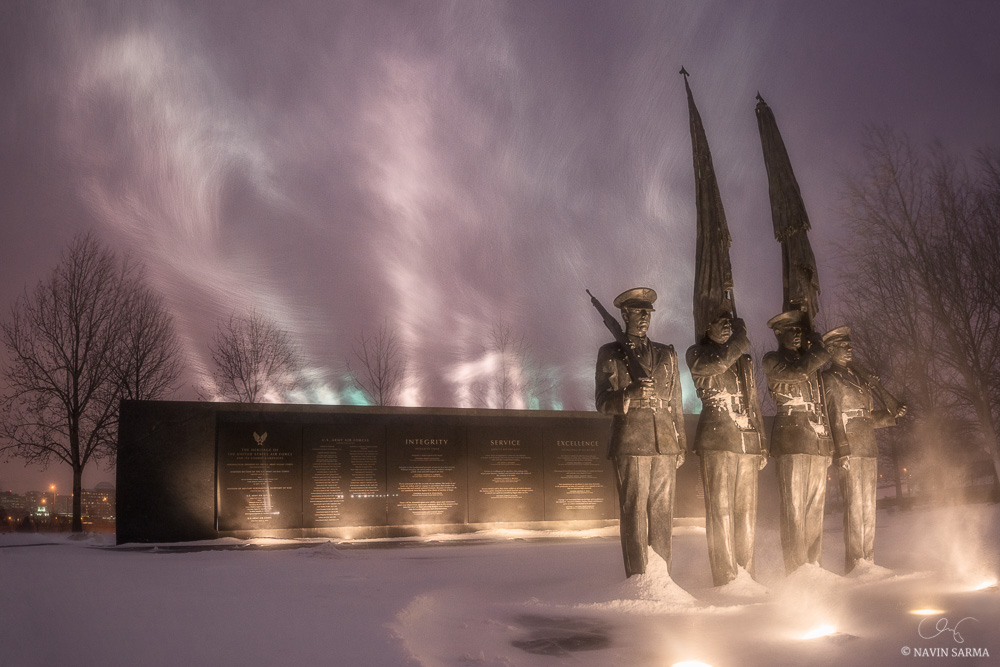 Our nation’s most hallowed ground is itself, such a monument; Memorial Avenue extending across the Potomac connecting Arlington House, the former home of Confederate General Robert E. Lee with the Lincoln Memorial at the opposite end symbolizing the immutable bond, between North and South.

Approach Arlington at night and the eternal flame marking the grave of President John Fitzgerald Kennedy may be seen on the hillside, as if some faraway beacon of light.

The Beirut Memorial honors 241 American service members killed in the October 23, 1983 bombing of the Marine barracks in Lebanon, twenty-one of whom went to their final rest, at Arlington National Cemetery.  The inscription reads:

This Cedar of Lebanon tree grows in living memory of the Americans killed in the Beirut terrorist attack and all victims of terrorism throughout the world.
Dedicated during the first memorial ceremony for these victims.

Given by: No Greater Love
October 23, 1984
A time of remembrance

On Chaplain Hill stands four memorials bearing the name of of a military Chaplain, who laid down his lives in each of wars. The Cenotaph, (an empty tomb or a monument erected in honor of a person or group whose remains lie elsewhere) bears this inscription: “Greater Love Hath No Man Than This, That A Man Lay Down His Life For His Friends.”

Written there are the names of the only two chaplains to be awarded the Medal of Honor: Major Charles Joseph Watters, killed in Vietnam while rendering aid to fallen comrades, and Captain Emil Joseph Kapaun, the “Shepherd in Combat Boots” who remains to this day, in some unmarked North Korean grave.

I have barely scratched the surface of the Cs. Altogether there are 28 major and 142 minor memorials and monuments at Arlington, to say nothing of 400,000+ military grave sites, stretching across the landscape. Each of them across the 624 acres of Arlington, equivalent to 472 football fields, is dedicated to a person, place or event which has earned the right to be remembered.

It has long seemed to this writer that, irrespective of political persuasion, a free citizen of a Constitutional Republic cannot cast an informed ballot, cannot know where he wants his country to go, without an understanding of where it’s been. If you haven’t had the opportunity to visit Arlington National Cemetery recently, I highly recommend the trip. Leave yourself plenty of time to take it all in. It would be hard to find more heritage, tradition and history, in any other single place.