It’s a new perspective on a now-familiar story, to think of the shock and the grief of those refugees from the killing fields of Pol Pot, on hearing the news that their friend and benefactor had been hijacked and murdered, his aircraft flown into a New York skyscraper. 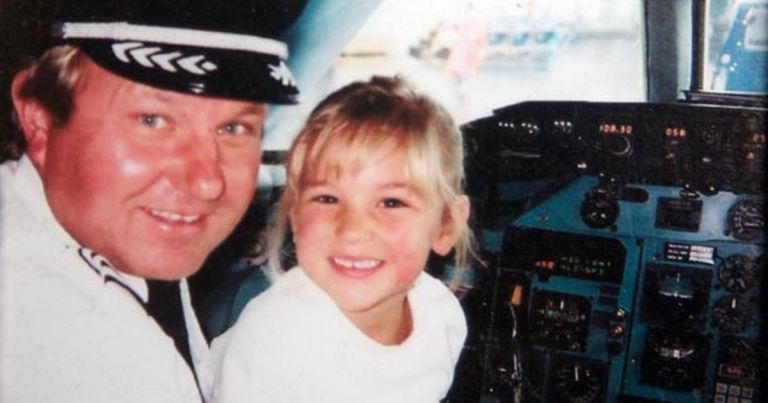 At the turn of the 20th century, a great wave of immigrants came to the United States, 20 million Europeans and more making the long journey to become Americans.

Among those multitudes came the Ogonowski family, emigrating from Poland and making a new home in the Merrimack Valley of Massachusetts, along the New Hampshire line.

Graduating from UMass Lowell in 1972 with a degree in nuclear engineering, John Alexander Ogonowski joined the United States Air Force.  During the war in Vietnam, this farmer-turned military pilot would ferry equipment from Charleston, South Carolina to Southeast Asia, often returning with the bodies of the fallen aboard that giant, C-141 transport aircraft.

Ogonowski left the Air Force with the rank of Captain, becoming a commercial pilot and joining American Airlines in 1978. There he  met Margaret, a flight attendant, “Peggy” to friends and family. The two would later marry and raise a family of three daughters, Laura, Caroline, and Mary Catherine.

Twelve days a month, Ogonowski would leave the farm in his Captain’s uniform, flying jumbo jets out of Logan Airport.  When he was finished , he would always return to the land he loved.

Family farming is not what it used to be, as suburban development and subdivisions creep into formerly open spaces. “When you plant a building on a field”, John would say, “it’s the last crop that will ever grow there”.

John Ogonowski helped to create the Dracut Land Trust in 1998, working to conserve the growing town’s agricultural heritage. He worked to bring more people into farming, as well.  The bumper sticker on his truck read “There is no farming without farmers”.

That was the year the farm Service Agency in Westford came looking for open agricultural land, for Cambodian immigrants from Lowell.

“This is what he was all about. He flew airplanes, he loved flying, and that provided all the money, but this is what he lived for. He was a very lucky man, he had both a vocation and an avocation and he loved them both”. – Margaret “Peggy” Ogonowski

It was a natural fit. Ogonowski felt a connection with these people, based on his time in Southeast Asia. He would help them, here putting up a shed, there getting a greenhouse in order or putting up irrigation. He would help these immigrants, just as those Yankee farmers of long ago, had helped his ancestors.

Cambodian farmers learned to grow their native vegetables in an unfamiliar climate. They would lease small plots growing water spinach, lemon grass, pigweed, Asian basil, and Asian squash. They raised taro and Laotian mint, coconut amaranth, pickling spices, pea tendrils and more. It was the food they grew up with, the food they knew.  They would sell their produce into nearby immigrant communities, and to the high-end restaurants of Boston.

The program was a great success.  Ogonowski told The Boston Globe in 1999, “These guys are putting more care and attention into their one acre than most Yankee farmers put into their entire 100 acres.”

So it was that, with the fall harvest of 2001, Cambodian immigrants found themselves among the pumpkins and the hay of a New England farm, putting on a special lunch spread for visiting agricultural officials from Washington, DC.  It was September 11.

By now you know that John Ogonowski was flying that day, Senior Captain on American Airlines flight 11. He may have been the first to die, attacked from behind and murdered in his cockpit by terrorist savages.

It’s a new perspective on a now-familiar story, to think of the shock and the grief of those refugees from the killing fields of Pol Pot, on hearing the news that their friend and benefactor had been hijacked and murdered, his aircraft flown into a New York skyscraper.

The White Gate Farm was closed for a week, but the Ogonowski family was determined.  John’s dream would not die.  Peg said it best:  “This is what he was all about. He flew airplanes, he loved flying, and that provided all the money, but this is what he lived for. He was a very lucky man, he had both a vocation and an avocation and he loved them both.”

John Ogonowski was working with the Land Trust at the time of his death, in an effort  to raise $760,000 to purchase a 34-acre farm in Dracut, slated for development.  Federal funds were raised with help from two members of Congress.  The “Captain John Ogonowski Memorial Preservation Farmland” project was dedicated in 2003.  A living memorial to one day that changed the world.   And to John Alexander Ogonowski.  Pilot.  Farmer.  Fallen angel.

Another tale to emerge from that awful day concerns one of the many first responders who rushed to the inferno, and never returned. This was one of the lucky ones, in a way. This firefighters family had a body to mourn over.

The night before the funeral, the firefighters wife and his buddies “stole“ the body, casket and all, with the connivance of the folks at the funeral home. They brought him to the beach where they spent that last night with a case of beer, laughing together, crying and sharing stories. The next morning, they brought him back to the funeral home as promised, and their loved one was buried with honors.

I don’t know the name of this man or that if his wife, but that part matters more to those precious few. For the rest of us, this is a story of a short life well lived, a story of love and friendship and loyalty. May we all be so fortunate, as to be blessed with friends such as these.