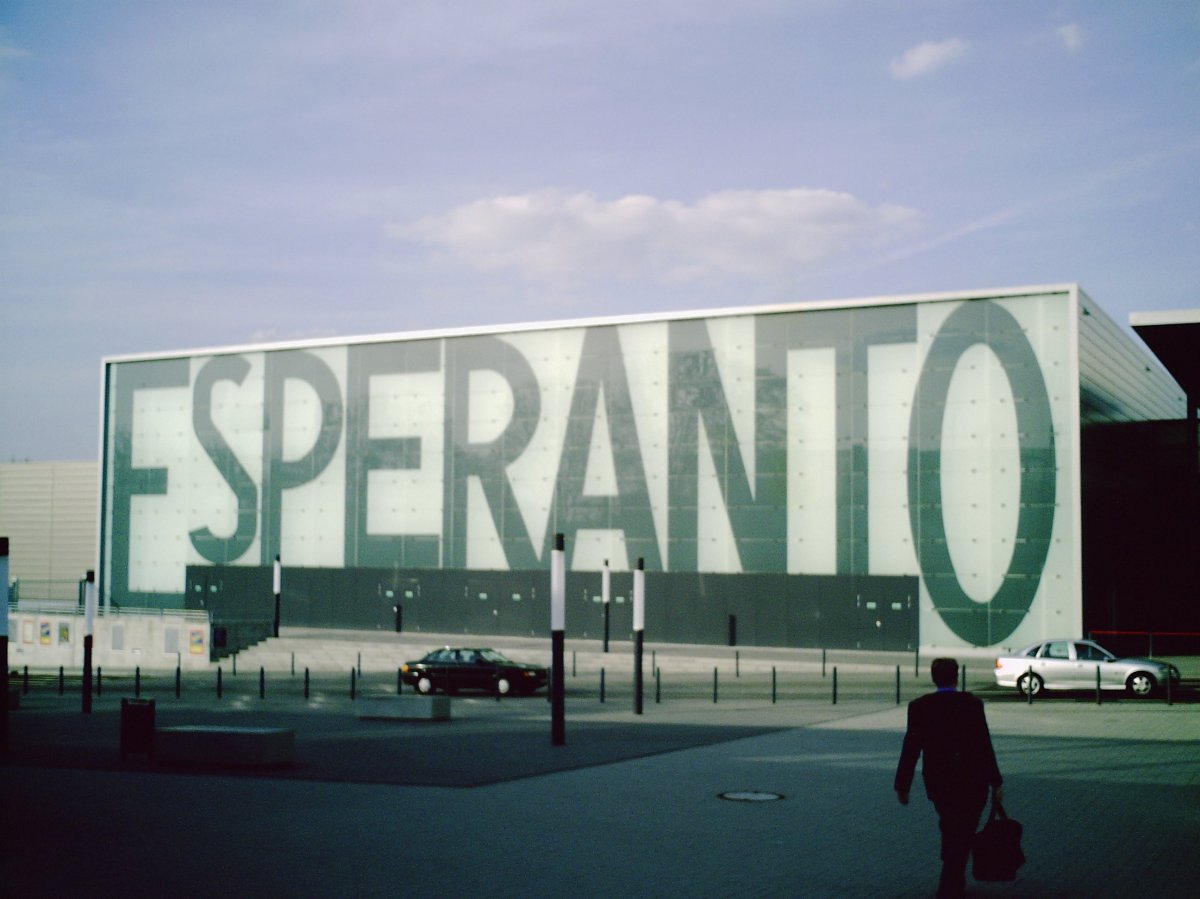 In the first book of the Hebrew Bible known to Christians as the Old Testament, Genesis 11:1-9 explains the origin story, of the world’s many languages. A veritable Tower of Babel.

As the son of a German language teacher, Zamenhof was fluent in many languages including Russian, German, French, Latin, Greek, Hebrew, Yiddish and English.  He was reasonably proficient in Italian, Spanish and Lithuanian, as well. Zamenhof came to believe that poor relations between Białystok’s many minorities stemmed from the lack of a common language, so it was he set out to create an “auxiliary language”. An international second language to foster communications, between people of different ethnic and linguistic backgrounds.

Writing under the pseudonym “Doktoro Esperanto”, Zamenhov published the “Unua Libro” (First Book) on July 26, 1887, setting forth the rules for the new tongue.

The goal was to create an easily learned, politically neutral language transcending nationality, fostering peace and international understanding between people with different regional and/or national languages.

The Esperanto alphabet includes 28 letters. There are 23 consonants, 5 cardinal vowels, and 2 semivowels which combine with vowels to form 6 diphthongs. Esperanto words are derived by stringing together prefixes, roots, and suffixes. The process is regular, so that people may create new words as they speak and still be understood.

The original core vocabulary included 900 such roots, which are combined in a regular manner so that they might be better used by international speakers.

For example, the adjective “BONA” means “GOOD”. The suffix “UL” indicates a person having a given trait, and “O” designates the ending of a noun. Therefore, the Esperanto word “BONULO” translates as “A good person”.  The title of Francis Ford Coppola’s 1972 movie “The Godfather”, translates as “La Baptopatro”.  “Esperanto” itself translates as “one who hopes”.

Some useful English words and phrases include the following, along with Esperanto translation and International Phonetic Alphabet transcriptions: