In 2018, the non-profit B612 Foundation dedicated to the study of near-Earth object impacts, reported that “It’s a 100 per cent certain we’ll be hit [by a devastating asteroid]”. Comfortingly, the organization’s statement concluded “we’re [just] not 100 per cent sure when.” 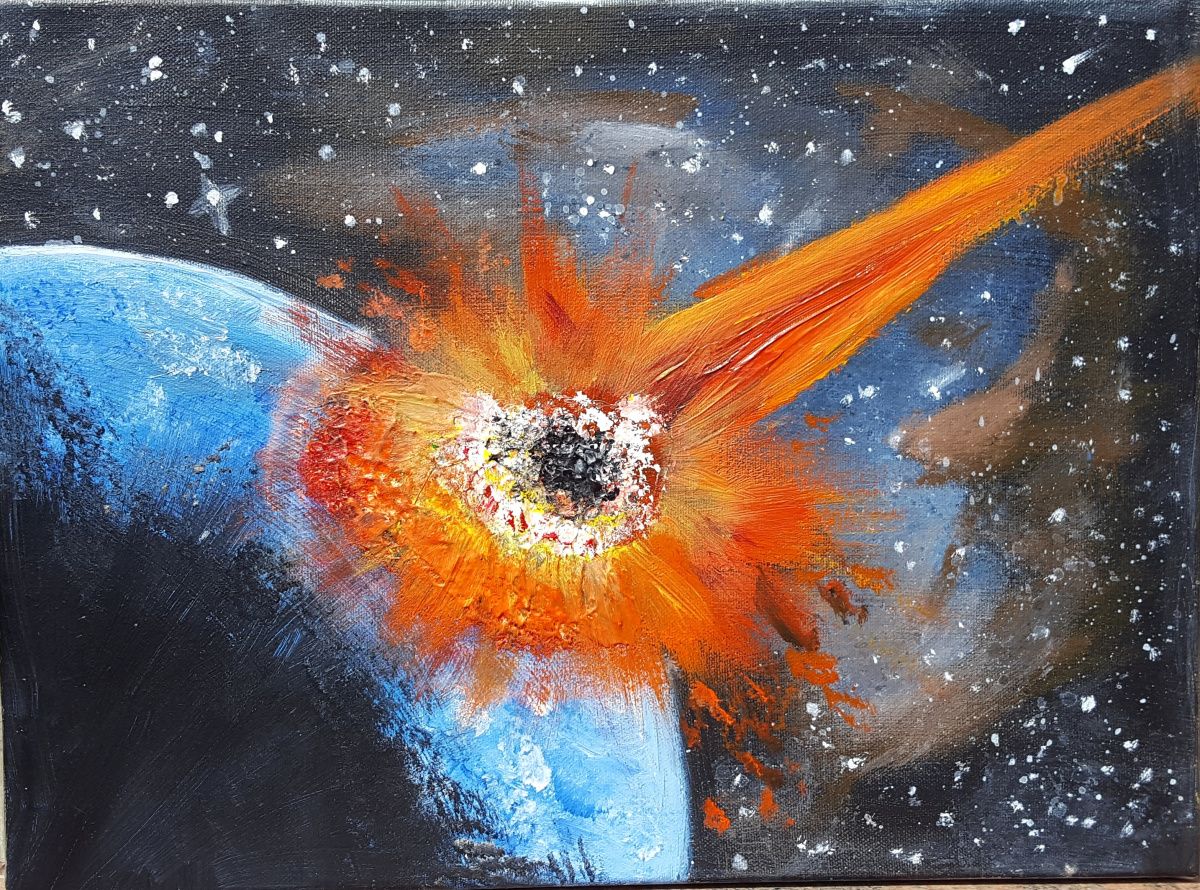 The first atomic bomb in the history of human conflict exploded in the skies over Japan on August 6, 1945. The bomb, code named “Little Boy”, reached an altitude of 1,900-feet over the city of Hiroshima at 8:15am, Japanese Standard Time.

A “gun-triggered” fission bomb, barometric-pressure sensors initiated the explosion of four cordite charges, propelling a small “bullet” of enriched uranium the length of a fixed barrel and into a sphere of the same material. Within picoseconds (1/.000000000001 of a second), the collision of the two bodies initiated a fission reaction, releasing an energy yield roughly equivalent to 15,000 tons of TNT.

66,000 were killed outright by the effects of the blast. The shock wave spread outward at a velocity greater than the speed of sound, flattening virtually everything in its path for a mile in all directions.

Thirty-seven years before, the boreal forests of Siberia lit up with an explosion 1,000 times greater than the atomic bomb dropped over Hiroshima. At the time, no one had the foggiest notion that it was coming.

The Taiga occupies the high latitudes of the world’s northern regions, a vast international beltline of coniferous forests consisting mostly of pines, spruces and larches between the high tundra, and the temperate forest.  An enormous community of plants and animals, this trans-continental ecosystem comprises a vast biome, second only to the world’s oceans.

The Eastern Taiga is a region in the east of Siberia, an area 1.6 times the size of the continental United States.  The Stony Tunguska River wends its way along an 1,160-mile length of the region, its entire course flowing under great pebble fields with no open water.

On the morning of June 30, 1908, the Tunguska River lit up with a bluish-white light.  At 7:17a local time, a column of light too bright to look at with the naked eye moved across the skies above the Tunguska. Minutes later, a vast explosion knocked people off their feet, flattening buildings, crops and as many as 80 million trees over an area 830 miles, square. A vast “thump” was heard, the shock wave equivalent to an earthquake measuring 5.0 on the Richter scale. Within minutes came a second and then a third shock wave and finally a fourth, more distant this time and described by eyewitnesses as the “sun going to sleep”.

On July 13, 1908, the Krasnoyaretz newspaper reported “At 7:43 the noise akin to a strong wind was heard. Immediately afterward a horrific thump sounded, followed by an earthquake that literally shook the buildings as if they were hit by a large log or a heavy rock”.

Fluctuations in atmospheric pressure were detectable as far away as Great Britain.  Night skies were set aglow from Asia to Europe for days on end, theorized to have been caused by light, passing through high-altitude ice particles.

In the United States, lookout posts from the Smithsonian Astrophysical Observatory headquartered in Cambridge, Massachusetts, to the Mount Wilson Observatory in Los Angeles recorded a several months-long decrease in atmospheric transparency, attributed to an increase in dust, suspended in the atmosphere.

The “Tunguska Event” was the largest such impact event in recorded history, but far from the first. Or the last.  Mistastin Lake in northern Labrador was formed during the Eocene era 36-million years ago, cubic Zirconium deposits suggesting an impact-zone temperature of some 4,300° Fahrenheit.

That’s halfway to the temperature, of the sun.

Some sixty-six million years ago, the “Chicxulub impactor” struck the Yucatan Peninsula of Mexico, unleashing a mega-tsunami of 330-feet in height from Texas to Florida. Superheated steam, ash and vapor towered over the impact zone, as colossal shock waves triggered global earthquakes and volcanic eruptions.   Vast clouds of dust blotted out the sun for months on end leading to mass extinction events, the world over.

The official history of the Ming Dynasty records the Ch’ing-yang event of 1490, a meteor shower in China in which “stones fell like rain”. Some 10,000 people were killed for all intents and purposes, stoned to death.

In 2013, a twenty-meter (66-foot) space rock estimated at 13,000-14,000 tons flashed across the skies of Chelyabinsk, Russia, breaking apart with a kinetic impact estimated at 26-times the nuclear blast over Hiroshima.  This Superbolide (a bolide is “an extremely bright meteor, especially one that explodes in the atmosphere”) entered the earth’s atmosphere on February 15, burning exposed skin and damaging retinas for miles around.  No fatalities were reported though 1,500 were injured seriously enough to require medical attention.

The 450-ton Chicora Meteor collided with western Pennsylvania on June 24, 1938, in a cataclysm comparable to the Halifax Explosion of 1917.  The good luck held, that time, the object making impact in a sparsely populated region.  The only reported casualty, was a cow.  Investigators F.W. Preston, E.P. Henderson and James R. Randolph remarked that “If it had landed on Pittsburgh there would have been few survivors”.

In 2018, the non-profit B612 Foundation dedicated to the study of near-Earth object impacts, reported that “It’s a 100 per cent certain we’ll be hit [by a devastating asteroid]”. Comfortingly, the organization’s statement concluded “we’re [just] not 100 per cent sure when.”

It puts a lot of things into perspective.