STS-1, the first mission of the “Space Shuttle” program launched aboard “Columbia” from the Kennedy Space Center on Merritt Island, Florida. It was April 12, 1981, the 20th anniversary of the first human spaceflight aboard the Russian capsule Vostok 1. 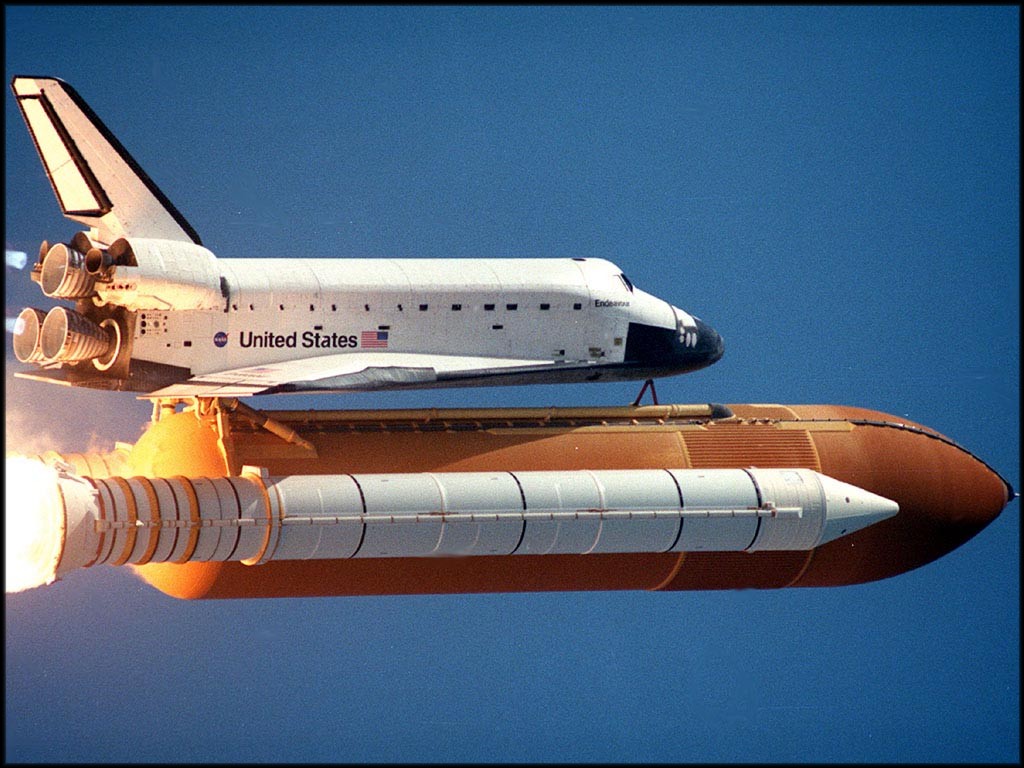 The idea of a reusable Space Transportation System (STS) came around as early as the 1960s, as a way to cut down on the cost of space travel. The final design was a reusable, winged “spaceplane” with a disposable external tank and reusable solid fuel rocket boosters. The ‘Space Truck’ program was approved in 1972, the prime contract awarded to North American Aviation (later Rockwell International), with the first orbiter completed in 1976.

Early Approach and Landing Tests were conducted with the first prototype dubbed “Enterprise”, in 1977. A total of 16 tests, all atmospheric, were conducted from February to October, the lessons learned applied to the first space-worthy vehicle in NASA’s orbital fleet. 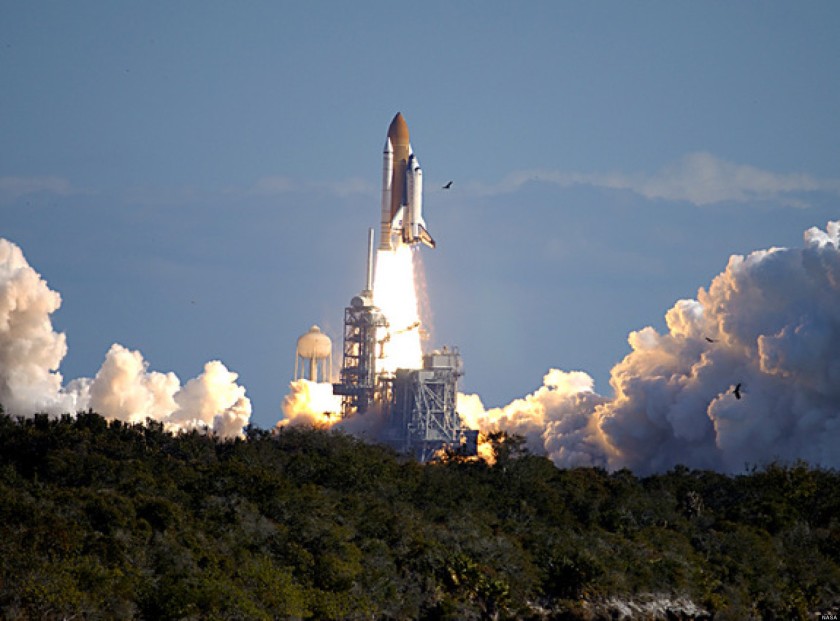 STS-1, the first mission of the “Space Shuttle” program launched aboard “Columbia” from the Kennedy Space Center on Merritt Island, Florida.  It was April 12, 1981, the 20th anniversary of the first human spaceflight aboard the Russian capsule Vostok 1.

It was the first, and (to-date) only manned maiden test flight of a new system in the American space program.

This first flight of Columbia would be commanded by Gemini and Apollo veteran John Young and piloted, by Robert Crippen. It was the first of 135 missions in the Space Shuttle program, the first of only two to take off with external hydrogen fuel tanks painted white.  From STS-3 on, the external tank was left unpainted, to save weight.

Initially, there were four fully functional orbiters in the STS program: Columbia joined after the first five missions by “Challenger”, then “Discovery”, and finally “Atlantis”.  A fifth orbiter, “Endeavor”, was built in 1991 to replace Challenger, which broke apart 73 seconds after lift-off on January 28, 1986, killing all seven of its crew.

Rescue and recovery operations were delayed for fifteen minutes, as debris rained from the sky.

STS-107 launched from the Kennedy Space Center aboard the Space Shuttle Columbia on January 16, 2003.

Eighty seconds after launch, a piece of insulating foam broke away from the external fuel tank striking Columbia’s left wing, leaving a small hole in the carbon composite tiles along the leading edge.

Three previous Space Shuttle missions had experienced similar damage and, while some engineers thought this could be more serious, none was able to pinpoint the precise location or extent of the damage.  NASA managers believed that, even in the event of major damage, little could be done about it.

These carbon tiles are all that stands between the orbiter and the searing heat of re-entry.

For Columbia, 300 days, 17 hours, forty minutes and 22 seconds of space travel came to an end on the morning of February 1, 2003.  Over the California coast and traveling twenty-three times the speed of sound, external temperatures rose to 3,000° Fahrenheit and more, when super-heated gases entered the wing’s interior.

231,000 feet below, mission control detected four unconnected sensors shut down on the left wing, with no explanation.   The first debris struck the ground near Lubbock, Texas, at 8:58am.  The last communication from the crew came about a minute later.

Columbia disintegrated in the skies over East Texas at 9:00am Eastern Standard Time.

Debris and human remains were found in 2,000 locations from the state of Louisiana, to Arkansas. The only survivors were a can full of worms, brought into space for study.

Ramon is the son and grandson of Auschwitz survivors and family member to several others, who didn’t live to tell the tale.

In their memory, Colonel Ramon reached out to the Yad Vashem Remembrance Center, for a holocaust relic to bring with him into space.

Petr Ginz lived for a time in the Theresienstadt ghetto, where he drew this picture.  A piece of teenage imagination:  the Earth as it may appear, from the moon.

Petr Ginz would be murdered in the Nazi death camp at Auschwitz though his drawing, survived.  He was 14 years old.  Colonel Ramon was given a copy. A young boy’s drawing of a safer place.  This would accompany the astronaut, into space.

Today, the assorted debris from the Columbia disaster numbers some 84,000 pieces, stored in the Vehicle Assembly Building at the Kennedy Space Center.  To the best of my knowledge, this drawing by a boy who never made it out of Auschwitz, is not among them.

Andrew “Drew” Feustel is a car guy, with fond memories of restoring a ’67 Ford Mustang in the family garage in North suburban Detroit.

When he’s not fixing cars he’s an astronaut, and veteran of two space missions.  For a time he was a colleague of Colonel Ramon.  The pair had several close friends, in common.

In March 2018, Feustel left for his third spaceflight, this one a six-month mission aboard the International Space Station.  Before he left, Rona Ramon, widow of the Israeli Astronaut, gave him another copy of Petr Ginz’ drawing.

The circle was closed.  This fruit of a doomed boy’s imagination once again broke the bonds of space. This time, it also home.