It must have been terrifying but secretly amusing, at the same time. To see this beautiful Jewish baby, depicted as the perfect “Aryan” child. 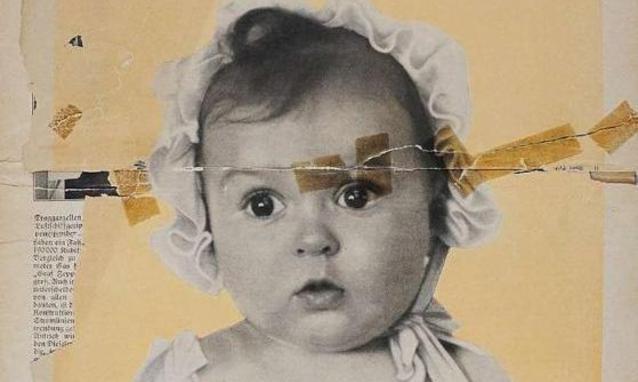 In the world of crackpot theories, none have had more lasting effect than the work of 19th century intellectuals.    The economic theories of Karl Heinrich Marx, which continue to plague us, to this day.  The French aristocrat Joseph-Arthur de Gobineau, whose work on “racial demography” renders him the intellectual father of Aryan “Master Race” theory.

De Gobineau’s work was lauded by white supremacist, pro-slavery Americans like Josiah Nott and Henry Hotze, who translated his book into English but somehow managed to leave out the hundreds of pages describing Americans themselves, as racial mongrels.

The book went on to fuel the late-19th and early 20th century movement in eugenics but nowhere did the work enjoy more enthusiastic support, than the Third Reich of Adolf Hitler.

With Hitler’s appointment as chancellor on January 30, 1933, the National Socialist Worker’s Party (Nationalsozialistische Deutsche Arbeiterpartei, or NSDAP) lost no time in consolidating power.  Interestingly, the former Austrian corporal did not call himself a “Nazi”. That term was an insult, coined a long time before the party’s rise to power.

On February 27, an arson fire broke out in the German Parliament building. Hitler’s government blamed Dutch communist Marinus van der Lubbe for the fire, claiming the arson to have been the result of communist plots, against the Nazi government. Today, the term “Reichstag fire” is synonymous with a false flag operation, carried out by authorities to exact retribution on a political adversary. At the time, the “Reichstag Fire Trial” served to decimate political opposition and consolidate Nazi power. 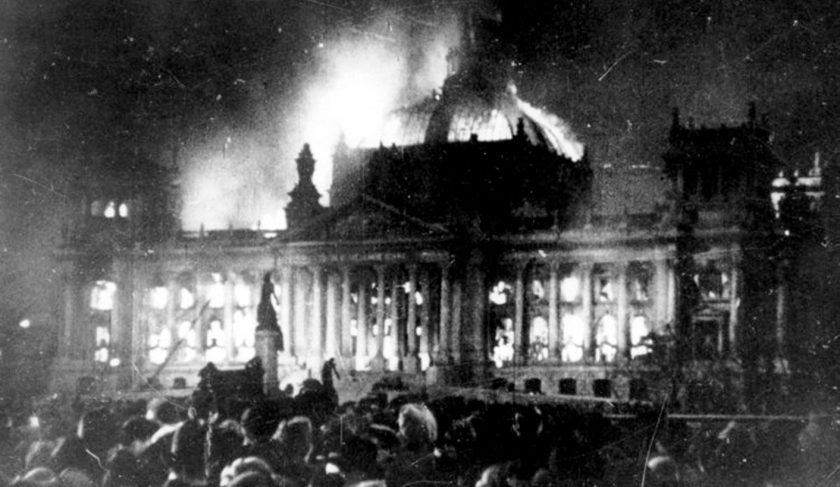 March elections failed to produce a Nazi party majority. For the time being, Herr Hitler was forced to rely on his coalition partner the German National People’s Party (DNVP), to hold a majority in the new Reichstag.

Nazi propaganda was relentless.  Hitler himself had written back in 1924,  that propaganda’s “task is not to make an objective study of the truth, in so far as it favors the enemy, and then set it before the masses with academic fairness; its task is to serve our own right, always and unflinchingly.”

Nazi racial propaganda was everywhere, in art, in music, in theater, radio and educational materials.  Posters, leaflets, books and magazines proclaimed the perfect, “Aryan Master Race,” the Übermenschen of Friedrich Nietzsche, in contradistinction with the Üntermenschen:  the Roma, the “feeble-minded”, the Jew.

In the first six years after Hitler took power,  no fewer than 400 decrees and regulations were aimed specifically, at the Jews of Germany.

Jacob and Pauline Levinsons came to Berlin in 1928, a few years before Hitler came to power.  Both Latvian Jews, the couple gave birth to a beautiful baby girl on this day in 1934.  Later that year, the proud parents brought wide-eyed, curly haired, chubby little Hessy to photographer Hans Ballin of Berlin.

As required by law, the Levinsons informed the photographer they were both Jews.  Hessy was the perfect photographer’s subject, and Jacob and Pauline happily brought home a portrait, to keep on the shelf.

And that’s where the story ends, except, no.  Unbeknownst to the Levinsons, the photographer submitted the portrait in a contest, a search for the perfect Aryan child.

You know where this is going, right?  Ballin’s picture won.  Pauline was struck with terror, to find the image on the cover of a prominent Nazi magazine.  There were posters, billboards, the picture was…everywhere.

Near hysterical, she called the photographer.  You knew very well that we’re Jewish, how could you do this?  Ballin, no friend of the Nazis, replied “I wanted to allow myself the pleasure of this joke”, he said, I wanted to make the Nazis ridiculous”.

The picture spread throughout the Reich.  It must have been terrifying but secretly amusing, at the same time.  For her first birthday, Hessy’s aunt gave her a birthday card, with her own image printed on the front.  To escape attention the little girl lived her childhood years, entirely indoors.  The Nazis never did figure out, who she was.

In 1938, Jacob Levinsons was arrested by the SS, but later released.  This was the year of the Kristallnacht and the family fled, first for Paris and later to Cuba before emigrating to the United States in 1949.

Hessy Levinsons went to Julia Richman High School in New York and later majored in chemistry at Barnard College, graduating in 1955. As a graduate student at Columbia University, Hessy met her future husband, mathematics professor Earl Taft.  The couple joined the faculty at Rutgers University before she interrupted her career to raise a family.

She was interviewed in 2014, by the German magazine Bild.  “I can laugh about it now, she said, “but if the Nazis had known who I really was, I wouldn’t be alive.”  Hessy Levinsons Taft, once the Jewish infant selected to represent the Most Perfect Aryan Baby, retired from academia in 2016.