The political process fails us when those we trust to provide the “news” act as advocates, instead of honest conduits of information.

On September 8, 2004, CBS News aired a 60 Minutes™ program hosted by News Anchor Dan Rather, centered on four documents critical of President George W. Bush’s National Guard service in 1972-‘73.  It was less than two months before the 2004 Presidential election.

The documents were supposed to have been written by Bush’s commander, Lieutenant Colonel Jerry B. Killian, who was unavailable for comment.  Lt. Col. Killian passed away, in 1984.

The documents came from Lt. Col. Bill Burkett, a former Texas Army National Guard officer who had received publicity back in 2000, when he claimed to have been transferred to Panama after refusing to falsify then-Governor Bush’s personnel records. Burkett later retracted the claim, but popped up again during the 2004 election cycle. Many considered the man to be an “anti-Bush zealot”.

Within hours of the broadcast, the documents were criticized as forgeries. Internet fora and blogs challenged the terminology and typography of the memos. Within days it came out that the font used in the memos didn’t even exist, at the time the documents were supposed to have been written.

That didn’t stop the Boston Globe from running a story entitled “Authenticity Backed on Bush Documents”, a story it was later forced to retract.

Criticism of the 60 Minutes’ piece intensified, as CBS News and Dan Rather dug in and defended their story. Within the week, Rather was talking to a Daily Kos contributor and former typewriter repairman who claimed that the documents could have been written in the 70s.

Meanwhile, the four “experts” used in the original story were publicly repudiating the 60 Minutes piece.

Other aspects of the documents were difficult to authenticate without the originals. CBS had nothing but faxes and photocopies.  Burkett claimed to have burned the originals after faxing them to the network.

The New York Times interviewed Marian Carr Knox, then-secretary to the squadron in 1972, running a story dated September 14 under the bylines of Maureen Balleza and Kate Zernike. The headline read “Memos on Bush Are Fake but Accurate, Typist Says“.

The story went on to describe the 86 year-old Carr’s recollections that she never typed the memos, but they accurately reflected Lt. Col. Killian’s sentiments. “I think he was writing the memos”, she said, “so there would be some record that he was aware of what was going on and what he (Bush) had done.” 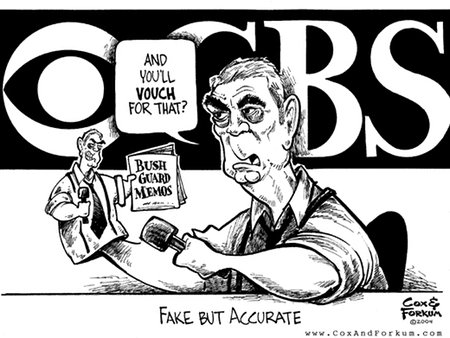 Yet Killian’s wife and son had cleared out his office after his death, and neither found anything so much as hinting at the existence of such documents. Others who claimed to know Carr well described her as a “sweet old lady”, but said they had “no idea” where those comments had come from.

CBS News would ultimately retract the story, as it came out that Producer Mary Mapes collaborated on it with the Kerry campaign. Several network news people lost their jobs, including Dan Rather himself, and Mapes. 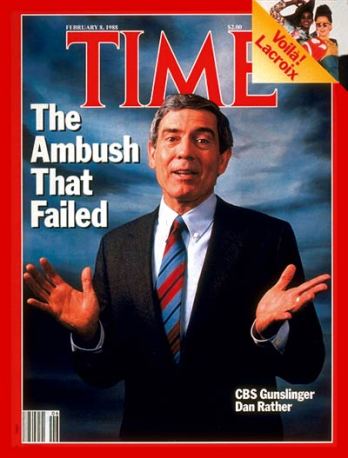 Public confidence in the “Mainstream Media” plummeted. Many saw the episode as a news network lying, and the “Newspaper of Record” swearing by it.

“Conservative” news sources like PJ Media rose from the ashes of the scandal, a tongue-in-cheek reference to the fact that a bunch of bloggers “in their jammies”, had uncovered in a matter of hours, what the vaunted news gathering apparatus of CBS News failed to figure out in weeks.

That the mainstream media “filters” the news, is neither a revelation, nor is it new. In 1932-’33, New York Times reporter Walter Duranty reported on Josef Stalin’s deliberate starvation of millions of Ukrainians, known as “Holodomor”. “Extermination by hunger”. With 25,000 starving to death every day, Duranty won a Pulitzer with such gems as: “There is no famine or actual starvation nor is there likely to be.” – (Nov. 15, 1931), and, “Any report of a famine in Russia is today an exaggeration or malignant propaganda.” – (Aug. 23, 1933).

The 1993 NBC Dateline “Exploding Truck” edition didn’t get the desired effect when it crash tested General motor’s pickup truck, so the network rigged another with a pyrotechnic device. Sure enough, that one exploded, right on cue. The “Exposé” was pure BS masquerading as “News”, but hey. The explosion made for good television.

In a transparent attack on an administration with which it had political disagreements, the New York Times ran the Abu Ghraib story on the front page, above the fold, for 32 days straight. Just in case anyone might have missed the first 31.

And who can forget that racially incendiary, edited audio from George Zimmermann’s 911 call, or those photoshopped images, of the man’s head. Thank you, NBC.

If the point requires further proof, watch ABC News Charlie Gibson’s 2008 interview with Sarah Palin, then read the transcript. Whether you like or don’t like Ms. Palin is irrelevant to the point. The transcript and the interview as broadcast, are two different things. 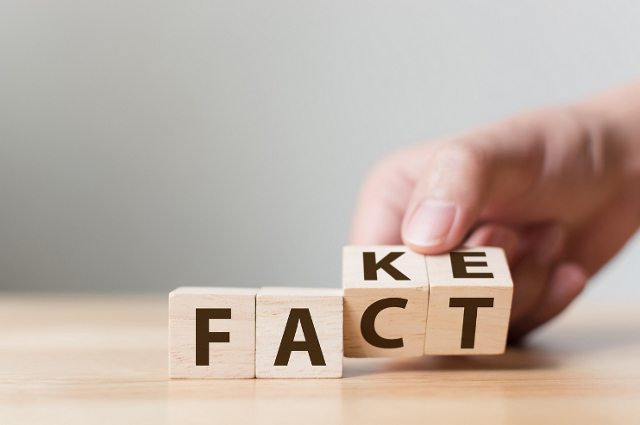 As I write, Hurricane Florence makes landfall, on the North Carolina coast.  A storm in which, three days ago, the Washington Post declared President Trump, to be “complicit”.

The political process fails us when those we trust to provide the “news” act as advocates, instead of honest conduits of information. The American system of self-government operates within a marketplace of ideas.  Such a system cannot properly function when those who would be its “watchdogs”, must themselves, be watched.  That may be the worst part of this whole sorry story.