“I could have had her out of that car twenty-five minutes after I got the call. But he [Ted Kennedy] didn’t call”.

The Saturn V rocket departed Florida’s Kennedy Space Center on July 16, 1969, carrying Apollo 11 mission members Neil Armstrong, Buzz Aldrin and Michael Collins. The Command/Service Module passed behind the moon at 12:21 Eastern Standard Time on July 19, firing its service propulsion engine and inserting the craft into lunar orbit. Armstrong became the first man to step foot on the moon on July 21, descending the last stair to the lunar surface at 11:56EST. “That’s one small step for [a] man, one giant leap for mankind.”

On the evening of July 18, most of the country was focused on the unfolding drama. 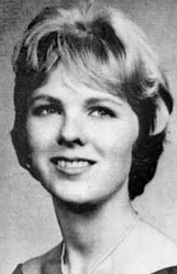 The pair left a house party on Chappaquiddick island off Martha’s Vineyard, shortly after 11:00pm.  The two claimed to be going back to the ferry then on to their hotel rooms in Edgartown, but it’s not clear how many believed the story.

Mary Jo left her purse and room keys, on the table.

Kennedy drove his Oldsmobile Delmont 88 in the opposite direction from the ferry, finally turning off the road and onto the unpaved Dike Road.  He later claimed to have been disoriented in the dark, but both of them knew the road, and the secluded ocean beach to which it led.

It’s not there anymore, but there was an old wooden bridge at the time, over a tidal inlet called Poucha Pond.  The Olds entered the bridge at an odd angle, veering off and plunging into the water, coming to rest upside down in the shallow, tide swept channel.

Kennedy managed to swim free but Mary Jo did not.  In later testimony, he claimed to have swum down several times trying to free her from the car, before swimming to the shore and calling her name.

It’s impossible to know the man’s state of mind at this time, but one can hazard a guess.  Ted Kennedy was a married man.  He had driven off a bridge with a woman not his wife, in the middle of the night.  Recently elected Senate Majority Whip, Kennedy was considered the odds-on favorite for nomination as the Democratic candidate, for the 1972 presidential election.  The murder of his two brothers, one at the hands of a leftist and the other by a Muslim extremist, had barely faded from current events into memory.  The sympathy factor alone would have made him difficult to beat.

Kennedy walked back to the house party, returning once more to the scene of the accident, before finally swimming back to Edgartown, and his hotel room.

Senator Kennedy emerged from his room on the morning of July 19, cleaned up, sobered up and lawyered up.  It was ten full hours before he finally got around to reporting the accident. 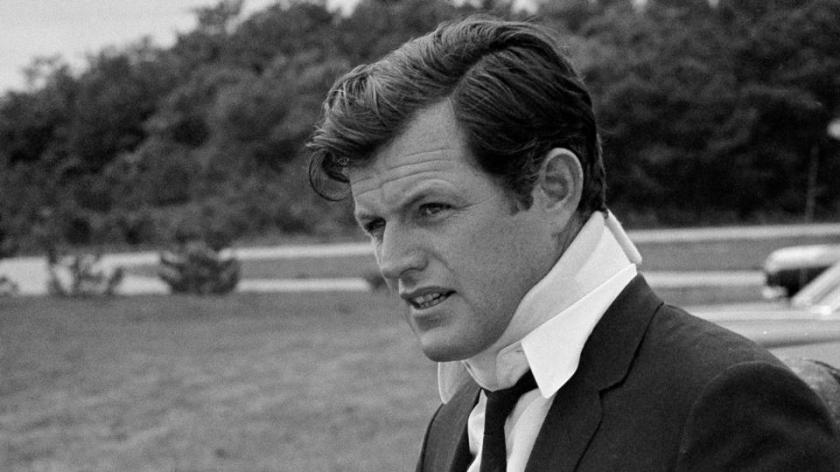 The Oldsmobile had been discovered by this time.  Captain of the Edgartown Fire Rescue unit John Farrar arrived with scuba gear at 8:45am, and recovered Mary Jo’s body within ten minutes.  She was wedged and contorted into the back seat, in a manner indicating that she may have found an air bubble, and used it until the small space could no longer sustain life.  Her body was buried the next day, without benefit of autopsy to determine exact cause of death.

Legally, Mary Jo Kopechne’s cause of death was recorded as drowning.  Farrar swore at the inquest that she died of slow asphyxiation, a process which would have taken hours.

“It looked as if she were holding herself up to get a last breath of air. It was a consciously assumed position…. She didn’t drown. She died of suffocation in her own air void. It took her at least three or four hours to die. I could have had her out of that car twenty-five minutes after I got the call. But he [Senator Kennedy] didn’t call”.  Rescue diver John Farrar

In his official report from the inquest, Judge James A. Boyle concluded that:

1.  “The accident occurred “between 11:30 p.m. on July 18 and 1:00 a.m. on July 19.”
2.  “Kopechne and Kennedy did not intend to drive to the ferry slip and his turn onto Dike Road had been intentional.”
3.  “A speed of twenty miles per hour as Kennedy testified to operating the car as large as his Oldsmobile would be at least negligent and possibly reckless.”
4.  “For some reason not apparent from [Kennedy’s] testimony, he failed to exercise due care as he approached the bridge.”
5.  “There is probable cause to believe that Edward M. Kennedy operated his motor vehicle negligently… and that such operation appears to have contributed to the death of Mary Jo Kopechne.”

Boyle’s report was impounded, and never shown to the grand jury.   Farrar told People Magazine in July 1989 “I was told outright by the D.A.’s office that I would not be allowed to testify on how long Kopechne was alive in the car.  They were not interested in the least in anything that would hurt Ted Kennedy.”

Kennedy’s driver’s license was suspended for a time.   There would be no further penalty. Joan Kennedy, who was pregnant at the time, attended Mary Jo Kopechne’s funeral, and stood by her husband’s side at the courthouse, three days later.   She miscarried a short time later, a personal tragedy she always blamed on the events at Chappaquiddick.

The Commonwealth of Massachusetts would continue to elect and re-elect the “Liberal Lion of the Senate”, for the rest of his life.  Edward Kennedy’s Senate career, begun in 1962, ended only with his death of brain cancer, in 2009.

“Progressive” blogger for the Huffington Post Melissa Lafske reflected in a now-deleted editorial, on what Mary Jo Kopechne might have felt had she lived long enough to witness the accomplishments of Senator Kennedy’s long career.  “So it doesn’t automatically make someone (aka, me) a Limbaugh-loving, aerial-wolf-hunting NRA troll for asking what Mary Jo Kopechne would have had to say about Ted’s death, and what she’d have thought of the life and career that are being (rightfully) heralded”.

“Who knows — maybe she’d feel it was worth it”.