Twelve days a month John Ogonowski would leave the farm in his Captain’s uniform to fly jumbo jets out of Logan Airport, but he always returned to the land he loved. 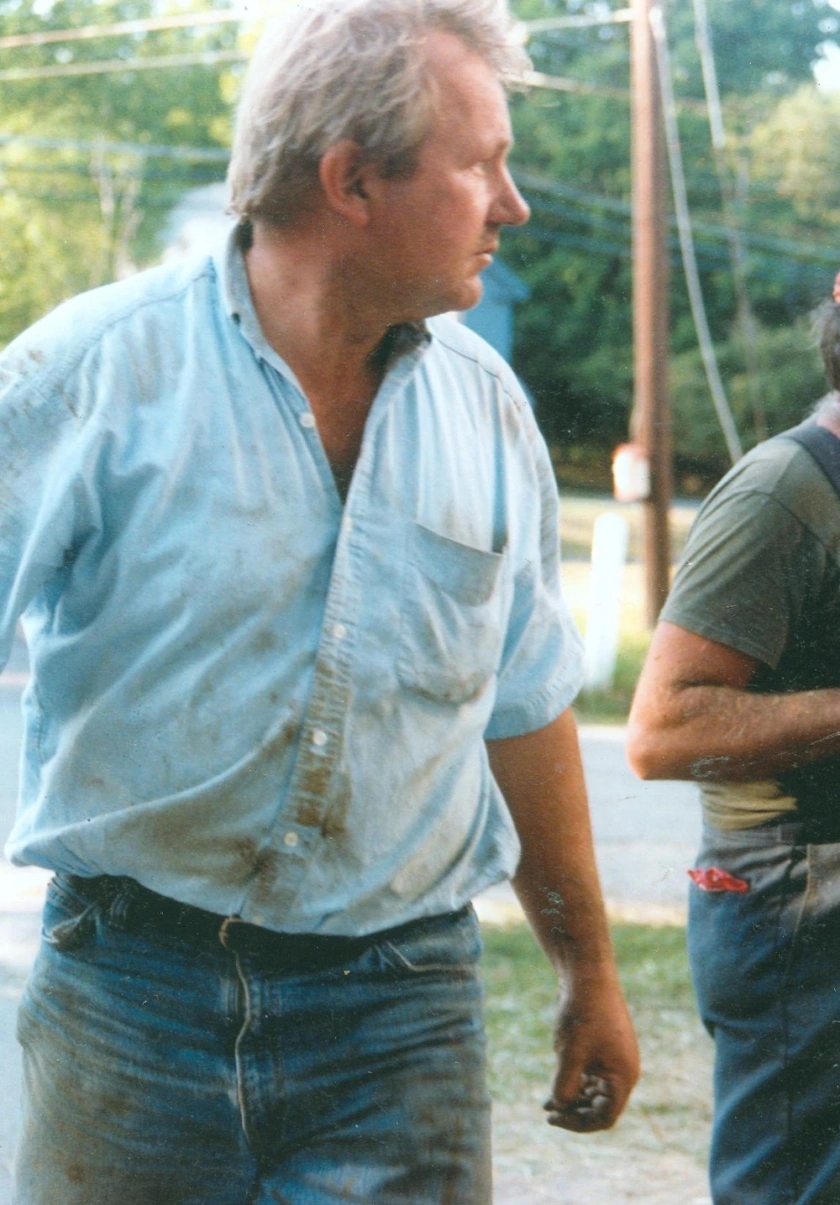 A great wave of immigrants came into the United States around the turn of the 20th century, 20 million Europeans or more making the long journey to become Americans.

Among these was the Ogonowski family, who emigrated from Poland to make their home in Massachusetts’ Merrimack Valley, along the New Hampshire line.

Graduating from UMass Lowell in 1972 with a degree in nuclear engineering, John Ogonowski joined the United States Air Force.  During the war in Vietnam, the farmer-turned-pilot would ferry equipment from Charleston, South Carolina to Southeast Asia, sometimes returning with the bodies of the fallen aboard his C-141 transport aircraft.

Ogonowski left the Air Force with the rank of Captain, becoming a commercial pilot and joining American Airlines in 1978. There he met Margaret, a flight attendant, “Peggy” to her friends. The two would later marry, and raise three daughters.

Twelve days a month Ogonowski would leave the farm in his Captain’s uniform to fly jumbo jets out of Logan Airport, but he always returned to the land he loved.

Family farming is not what it used to be, as suburban development and subdivisions creep into what used to be open spaces. “When you plant a building on a field” he would say, “it’s the last crop that will ever grow there”.

Ogonowski helped to create the Dracut Land Trust in 1998, working to conserve the town’s agricultural heritage. He worked to bring more people into farming as well.  The bumper sticker on his truck read “There is no farming without farmers”.

That was the year when the farm Service Agency in Westford came looking for open agricultural land, for Southeast Asian immigrants from Lowell.

It was a natural fit. Ogonowski felt a connection to these people, based on his time in Vietnam. He would help them, here putting up a shed, there getting a greenhouse in order or putting up irrigation. He would help these immigrants, just as those Yankee farmers of long ago had helped his twice-great grandfather.

Cambodian farmers learned to grow their native vegetables in an unfamiliar climate. They would lease small plots growing water spinach, lemon grass, pigweed, Asian basil, and Asian squash. There was taro and Laotian mint, coconut amaranth, pickling spices, pea tendrils and more. It was the food they grew up with, and they would sell it into nearby immigrant communities and to the high-end restaurants of Boston.

The program was a success.  Ogonowski told The Boston Globe in 1999, “These guys are putting more care and attention into their one acre than most Yankee farmers put into their entire 100 acres.”

So it was that, with the fall harvest of 2001, Cambodian immigrants found themselves among the pumpkins and the hay of a New England farm, putting on a special lunch spread for visiting agricultural officials from Washington, DC.  It was September 11.

By now you know that John Ogonowski was flying that day, Senior Captain on American Airlines flight 11.

He was one of the first to die, murdered in his cockpit by Islamist terrorist Mohammed Atta and his accomplices.

It’s a new perspective on a now-familiar story, to think of the shock and the grief of those refugees from the killing fields of Pol Pot, on hearing the news that their friend and mentor had been hijacked and flown into the World Trade Center.

The White Gate Farm was closed for a week, but the Ogonowski family was determined that John’s dream would not die.  Peg said it best:  “This is what he was all about. He flew airplanes, he loved flying, and that provided all the money, but this is what he lived for. He was a very lucky man, he had both a vocation and an avocation and he loved them both.”

John Ogonowski had been working with the Land Trust to raise $760,000 to purchase a 34 acre farm in Dracut, previously slated to be developed into a golf course with housing.  Federal funds were raised with help from two members of Congress.  The “Captain John Ogonowski Memorial Preservation Farmland” project was dedicated in 2003, a living memorial to Captain John Ogonowski.  The pilot, and the farmer.

Ramzi Yousef is said to have considered adding cyanide in the bomb, and later regretted not having done so 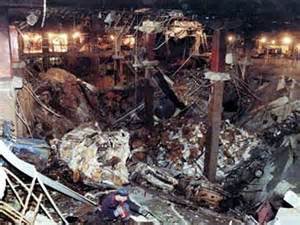 Ramzi Yousef arrived at JFK International Airport on September 1, 1992, traveling under a false Iraqi passport. His companion Ahmed Ajaj tried to enter with a forged Swedish passport, and was arrested. Though his entry was illegal, Yousef was claiming political asylum. He was given a hearing date before an INS magistrate, and admitted.

After setting up residence in Jersey City, Yousef connected with the blind Muslim cleric Sheikh Omar Abdul Rahman at the Al-Farooq Mosque in Brooklyn. There he was introduced to his co-conspirators, immediately beginning the assembly of a 1,310 lb urea-nitrogen hydrogen gas enhanced explosive device.

Yousef was injured in a car crash in late 1992, and ordered many of the chemicals for this device from his hospital bed. It’s surprising how easy it was for these guys. 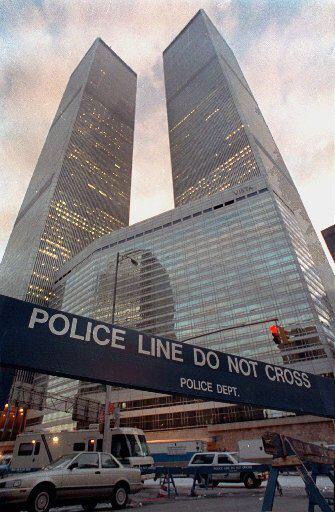 The plan was to attack the north tower of the World Trade Center in Manhattan, toppling it into the south tower and taking them both down.

The yellow Ryder van entered lower Manhattan on the morning of Friday, February 26, 1993, driven by Ramzi Yousef and Eyad Ismoil. The pair pulled into the B-2 underground parking level under the north tower, lit the 20′ fuse, and fled. 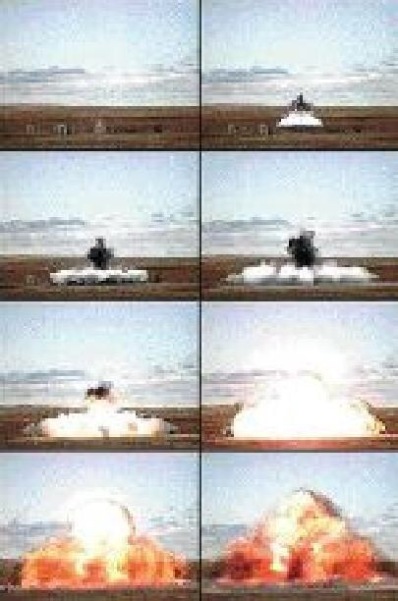 As with the device used in the Beirut barracks bombing of 1983, this was a fuel-air explosive (FAE), designed to magnify and sustain the blast effect by mixing fuel with atmospheric oxygen. The main charge was surrounded by aluminum, magnesium and ferric oxide particles and surrounded by three hydrogen gas cylinders, to intensify the fireball and afterburn of those solid metal particles.

The US Defense Intelligence Agency conducted a study of fuel-air explosives, reporting: “What kills is the pressure wave, and more importantly, the subsequent rarefaction [vacuum], which ruptures the lungs…. If the fuel deflagrates but does not detonate, victims will be severely burned and will probably also inhale the burning fuel. Since the most common FAE fuels, ethylene oxide and propylene oxide are highly toxic, undetonated FAE should prove as lethal to personnel caught within the cloud as most chemical agents”.

Ramzi Yousef is said to have considered adding cyanide in the bomb, and later regretted not having done so. 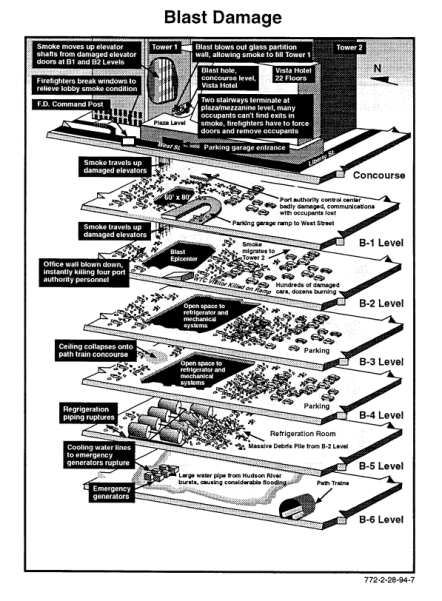 The terrorist device exploded at 12:17:37, hurling super-heated gasses from the blast center at thirteen times the speed of sound. Estimated pressure reached 150,000 psi, equivalent to the weight of 10 bull elephants.

The bomb ripped a 98-foot wide hole through four sub-levels of concrete, killing five Port Authority employees and A dental products salesman, who was parking at the time. The real death toll was seven, if you’re inclined to include secretary Monica Rodriguez Smith’s seven-month pregnancy. She was killed with her unborn baby, while checking timesheets.

Another 15 were left with with traumatic blast injuries. 1,042 more were injured, many inhaling the thick, acrid smoke filling stairwells and elevator shafts.

Power went out instantly trapping hundreds in elevators, including a group of 17 kindergartners, on their way down from the south tower observation deck.

Engineers believe that the terrorists would have accomplished their purpose of toppling the building, had they placed their explosive device  closer to the building’s concrete foundations.

300 FBI agents combed through the rubble of the underground parking garage, finding an axle fragment containing the Ryder van’s VIN. Mohammed Salameh, who had rented the vehicle, reported the van stolen and was arrested on March 4, when he came to get his deposit back.

Abdul Rahman Yasmin, the only person associated with the bombing who was never prosecuted in the United States, was interviewed for a 60 minutes segment in 2002. He was being held prisoner in Baghdad at that time. He has not been seen or heard of, since the 2003 invasion of Iraq. “The Blind Sheikh”, Omar Abdul Rahman, was convicted in October 1995 of seditious conspiracy, and sentenced to life +15 years. He died in prison last week, at the age of 78.

A granite memorial fountain was erected above the site of the explosion and dedicated in 1995, bearing the names of the six adult victims of the attack. Under the names appear this inscription. “On February 26, 1993, a bomb set by terrorists exploded below this site. This horrible act of violence killed innocent people, injured thousands, and made victims of us all.”

The fountain was destroyed with the rest of the World Trade Center, on September 11, 2001. 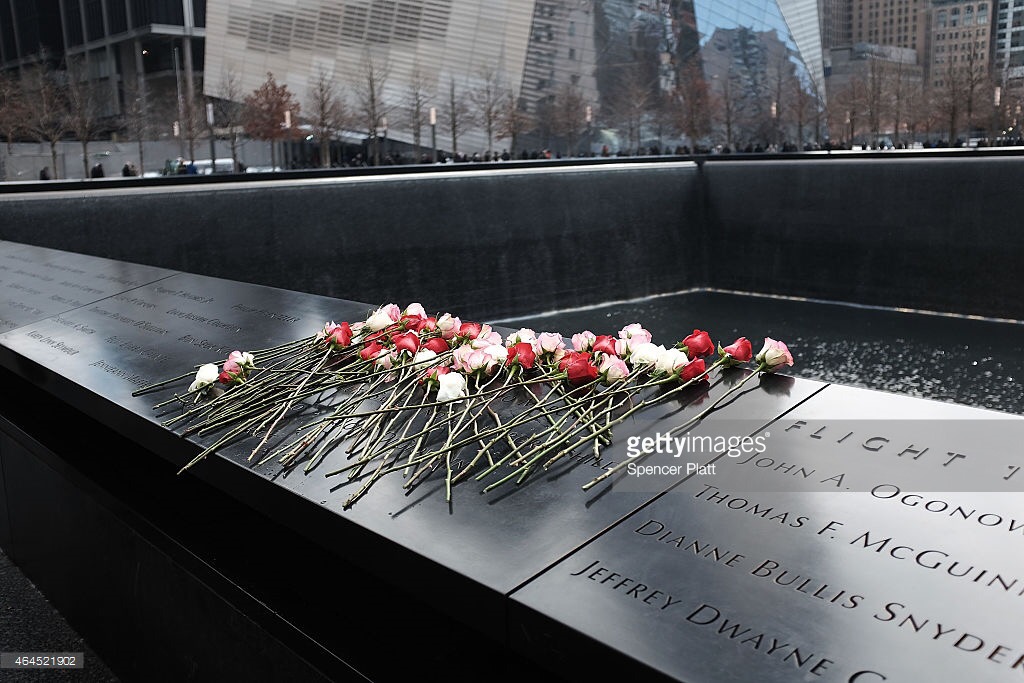