With eighteen in the plaintiffs dock and one small defendant.  The judge asked Greenstein about the fight.  “It wasn’t a fight” he said, “It was a  pleasure”.  The case was dismissed. 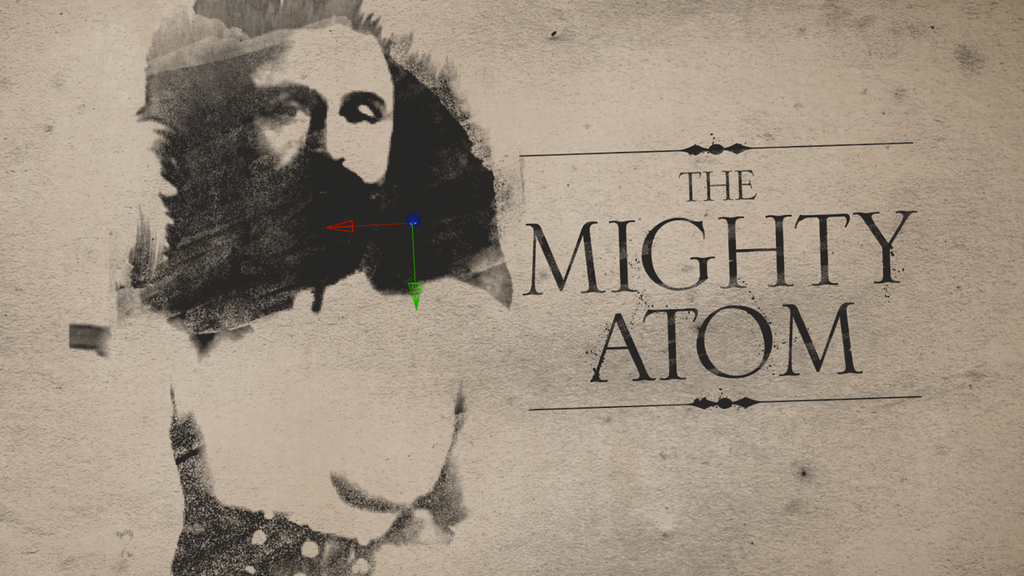 Yosselle “Joseph” Greenstein was born on January 2, 1893, the son of the poorest family in Suvalk, Poland. A small, sickly child with chronic asthma, doctors believed he suffered from the same tuberculosis, which had killed his father.

“Joe” tried sneaking into the Issakoff Brother’s Circus at fourteen, receiving a savage beating for his trouble, left bleeding and barely conscious in a muddy alley.

The circus’ strongman “Champion Volanko” saw the poor, scrawny kid trying to crawl home, and took pity.  Volanko brought the boy into his trailer and, as the two talked, became impressed with his determination. This was an old-school strength athlete, capable of performing a military press with baskets full of women, in each hand. He offered to teach the boy his techniques.  So it was that Joe Greenstein ran away with a traveling circus.

Eighteen months later, he was a changed man.  Greenstein took up wrestling and married, while still a teenager.

In those days, Poland was a nation in name only, a wholly owned subsidiary of the Russian Empire.  Tsarist Russia was engulfed in a paroxysm of anti-Jewish violence in the pre-war years, riots resulting in death and injury, by the tens of thousands.  The New York Times reported on one such “pogrom”, in 1903:

The anti-Jewish riots in Kishinev, Bessarabia [modern Moldova], are worse than the censor will permit to publish…The cry “Kill the Jews”, was taken up all over the city…Babies were literally torn to pieces by the frenzied and bloodthirsty mob. The local police made no attempt to check the reign of terror. At sunset the streets were piled with corpses and wounded. Those who could make their escape fled in terror, and the city is now practically deserted of Jews.

This place had nothing for a young Jewish family.  Joseph and Leah Greenstein emigrated to the United States and made a home in Galveston Texas.

Joe worked on the docks and oil fields of Galveston, or  laying railroad tracks and pounding spikes, by hand.  He was wrestling professionally by this time under the name “Kid Greenstein”, and good at it, too.  He met Jack Johnson who taught him some fighting techniques, the first black athlete to break the color barrier to become the heavyweight champion of the world, in 1908.

A local Texas man became obsessed with Leah Greenstein in 1914 and shot her husband, between the eyes.  The bullet struck with enough force to flatten against his forehead, but did not penetrate.  Joe left the hospital that same day, convinced his physical conditioning and mental discipline, had saved his life.

Thus began the career of one of the greatest strongmen, in history.  He was “The Mighty Atom”, able to break up to three chains, by expanding his chest.  Only 5’4″-inches tall, he could bend horseshoes and drive nails with his bare hands.  He could pull a fire truck with his hair, and change a tire with no tools. Not even a jack.

On September 29, 1928 the headlines read “The Mighty Atom – Super Strong Man Pits Brawn Against Plane, Wins!” He had held an aircraft on the ground with his hair – the feat was documented by Ripley’s “Believe it or Not”.

In 1936, a dispute with six dock workers, led to a brawl.  The story ran in all the New York papers – “Little Giant Knocks Out Six’

Following the rise of Adolf Hitler’s “National Socialist” party in 1933, some German Americans formed groups, patterned after the Nazi Party in Germany.  These people had few connections to the “Thousand-Year Reich” and received little support from the broader German American community, yet they wore uniforms and toted swastikas and preached the same hate for the Jews, as the “National Socialist German Workers’ Party”.  The most notorious of these, was the “German American Bund”.

Though the claim was believed to be exaggerated, Congressman Martin Dies, Jr. of the House Un-American Activities Committee (HUAC) estimated German-American Bund membership, at 430,000, in 1938.

The Mighty Atom was in New York that year when he passed a building, about to host a Nazi rally.  One sign high on the wall read “No Jews or Dogs Allowed”.  Yosselle Greenstein had left that garbage behind in the old country.  He wasn’t about to tolerate it here.

He bought a ladder, and climbed up and tore the thing down.  Twenty streamed out of the building, bent on beating the man into giblets.  When it was over, eighteen had been sent to the hospital.

A few weeks later, the combatants were in court.  Eighteen in the plaintiffs dock, and one small defendant.  The judge asked Greenstein about the fight.  “It wasn’t a fight” he said, “It was a  pleasure”.  The case was dismissed.

War descended over Europe and with it the systematic extermination of the infirm.  The Jew.  The Roma.  The “Untermenschen“.

The grotesque sham trials conducted by Judge-President Roland Feisler made short work of any who would oppose “Der Fuhrer”.  Today, the “People’s Court” of Nazi Germany is best remembered in the wake of the July 20, 1944 plot to assassinate Hitler.  In reality, this mockery of justice had been around for ten years, handing out death sentences, by the hundreds.

There were Germans throughout the war who objected to the murder of millions, but theirs was a forlorn hope.  Clergymen Dietrich Bonhoeffer would state “the ultimate question for a responsible man to ask is not how he is to extricate himself heroically from the affair, but how the coming generation shall continue to live.” For his opposition to the Reich, Bonhoeffer would pay with his life.

This video give a good idea about “justice” in Roland Feisler’s court.

Helmuth James Graf von Moltke, great grand-nephew of the famous Helmut von Moltke would lead 28 dissidents of the “Kreisau Circle”, against this “outrage of the Christian conscience.” These too would pay with their lives.

The most successful opposition came from the universities of Munich, with connections in Berlin, Hamburg, Stuttgart and Vienna. These were a surprise to Nazi leaders, as Universities had been stalwart supporters of Nazi ideology. The “White Rose” would rise in the wake of the disastrous Battle of Stalingrad, producing leaflets, handbills and anti-Nazi graffiti from the earliest days of 1943.

These too were found out, Hans Scholl, Sophie Scholl, and Christoph Probst made to stand trial before judge Feisler’s Court on February 22, 1943. All were sentenced to death and guillotined the same day. The last member to be executed was Hans Conrad Leipelt on January 29, 1945. 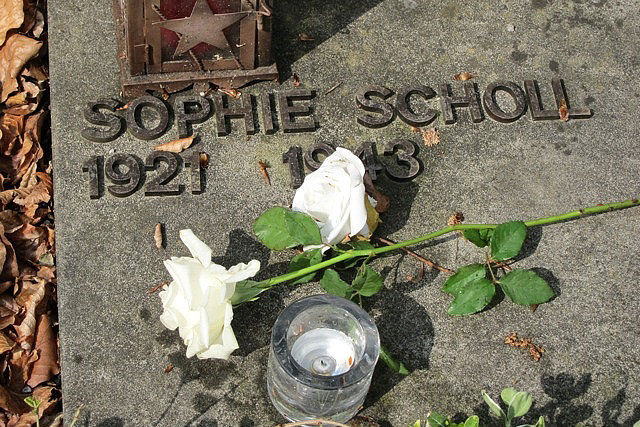 Back at home, Joseph Greenstein performed for war bond drives, always without compensation.  The Mighty Atom continued to perform feats of strength well into his eighties, and taught fighting techniques to the New York Police department, Israeli Defence Force and others. 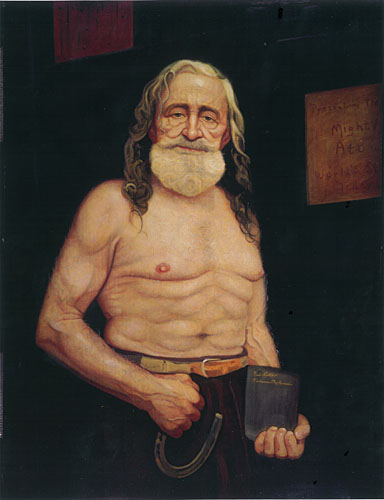 During his last public performance given before a sell-out crowd at Madison Square Garden on May 11, 1977, the Mighty Atom wore a leather vest, emblazoned with a golden star of David.

When he was through, Greenstein took a moment to wish his great-grandchild a happy first birthday.

The man could still bend horseshoes and drive nails with his hands.

The mighty Atom succumbed to cancer on October 8, 1977.