The Confucian maxim may have crossed from China to Japan with a Tendai-Buddhist legend, sometime around the 8th century.  Up to this time, the story had nothing to do with monkeys.

The Analects of Confucius is a written record of the sayings of the philosopher and his contemporaries, compiled between 475 and 221BC. 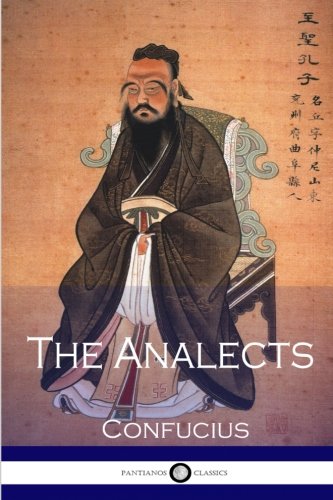 In it, a follower called Yen Yüan asked the Master about perfect virtue.

Even in the age of Confucius, this was an ancient idea.  Zarathrusta, also known as Zoroaster is in some respects the father of the world’s first monotheistic religion. It was sometime around 1200BC when Zoroaster taught his followers on the high Iranian Plateau “Humata, Hukhta, Hvarshta”.  Good Thoughts, Good Words, Good Deeds.

The Confucian maxim may have crossed from China to Japan with a Tendai-Buddhist legend, sometime around the 8th century.  Up to this time, the story had nothing to do with monkeys. 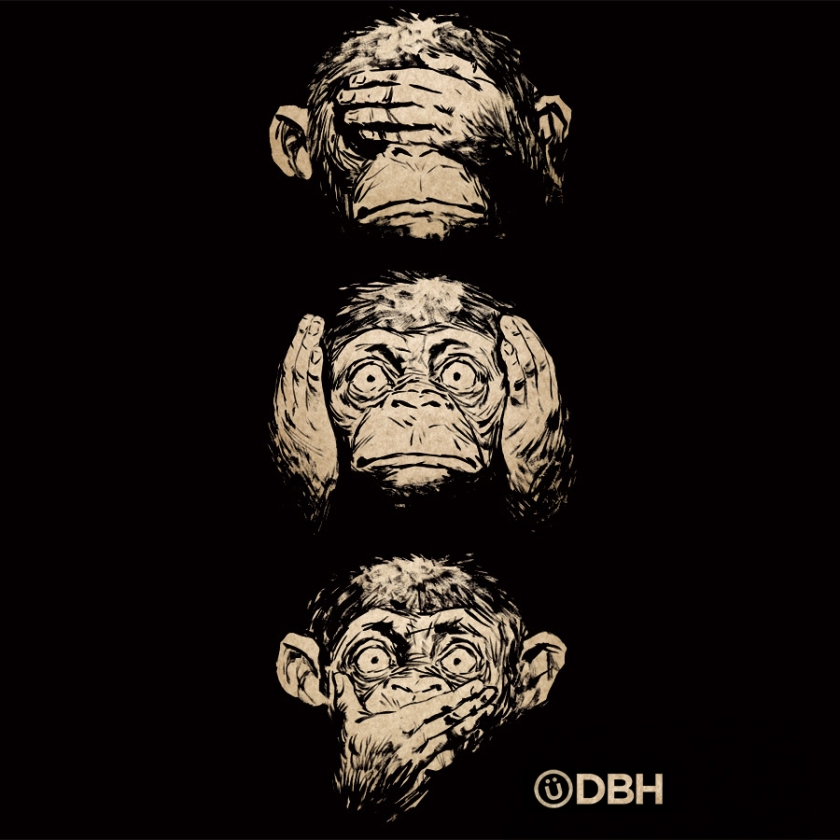 In medieval Japanese, mi-zaru, kika-zaru, and iwa-zaru translate as “don’t see, don’t hear, and don’t speak”, –zaru being an archaic negative verb conjugation and pronounced similarly to “saru”, the word for monkey.

Though it’s unusual to see him anymore, there is a fourth monkey.  Shizaru is generally depicted with his arms crossed or covering his privates, his name variously translated as “do no evil”, or “know no evil”. 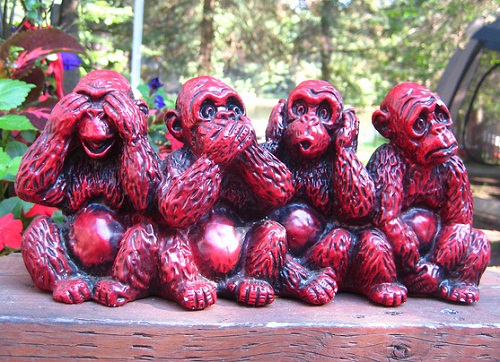 Mohandas Karamchand Gandhi was a Hindu lawyer, a member of the merchant caste from coastal Gujarat, in western India. Today he is known by the honorific “Mahatma”, from Gandhithe Sanskrit meaning “high-souled”, or “venerable”.

Ghandi is recognized as the Father of modern India, who brought Independence to his nation through non-violent protest. Mohandas Gandhi lived a life of poverty and simplicity, owning almost no material possessions at the time of his assassination at the hands of Hindu nationalist Nathuram Vinayak Godse on January 30, 1948.

Beside the clothes on his back, Gandhi owned a tin cup and a spoon, a pair of sandals, his spectacles and a set of three carved monkeys.  A reminder to the high-souled one to hear no evil, see no evil, and speak no evil.