The conflict that afternoon at the Old North Bridge in Concord was the first instance of the American Revolution, when colonists fired to deadly effect on British regulars. 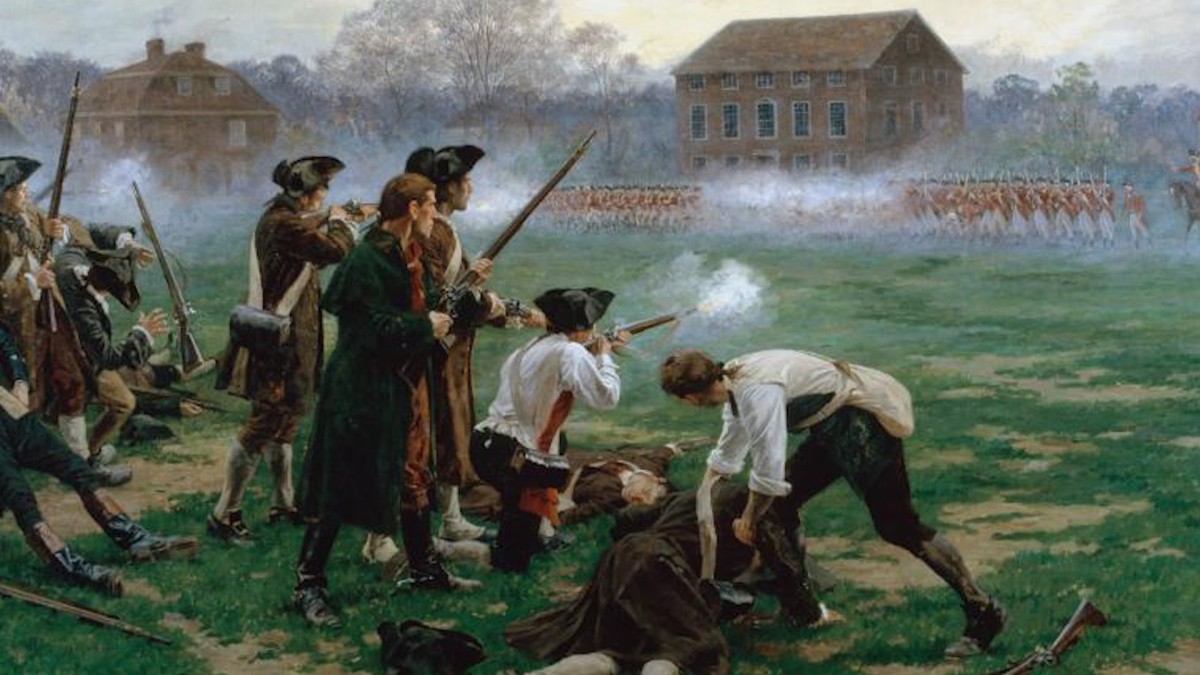 The column of British soldiers moved out from Boston in the late night hours of April 18, with the mission of confiscating the American arsenal at Concord and  capturing the Patriot leaders Sam Adams and John Hancock, known to be hiding in Lexington.

Patriots had been preparing for such an event.  Sexton Robert John Newman and Captain John Pulling carried two lanterns to the steeple of the Old North church, signaling the Regulars were crossing the Charles River to Cambridge.

Dr. Joseph Warren ordered Paul Revere and Samuel Dawes to ride out and warn surrounding villages and towns, the two soon joined by a third rider, Samuel Prescott. Prescott alone would make it as far as Concord, though hundreds of riders would fan out across the countryside before the night was through. 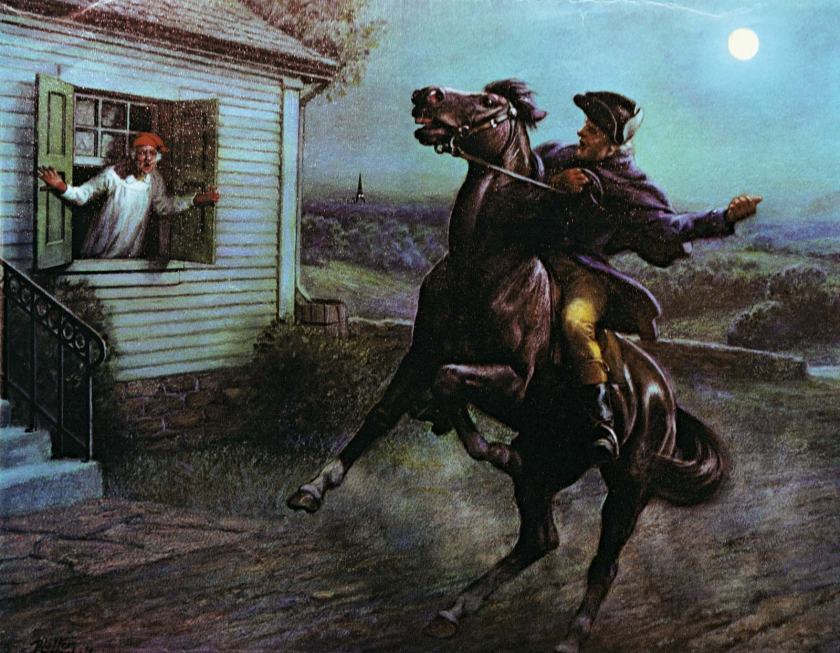 The column arrived in Lexington with the first moments of sunrise on April 19, bayonets gleaming in the early morning light.  Armed with a sorry assortment of weapons, colonial militia poured out of Buckman Tavern and fanned out across the town square.   Some weapons were hand made by village gunsmiths and blacksmiths, some decades old, but all were in good working order.   Taking positions across the village green to block the soldiers’ line of march, eighty “minutemen” turned and faced seven hundred of the most powerful military, on the planet.

If you’ve never see the dawn reenactment of the Battle of Lexington, I highly recommend it.  It’s a regular feature of the Patriot’s Day festivities around the city of Boston, and well worth getting up early.  Hat tip Gethin Coolbaugh for this film of the 2018 event

Vastly outnumbered, the militia soon gave way as word spread and militia gathered from Concord to Cambridge.   The King’s Regulars never did find the weapons for which they had come, nor did they find Adams or Hancock.  There had been too much warning for that.

Regulars clashed with colonial subjects two more times that day, first at Concord Bridge and then in a running fight at a point in the road called “The Bloody Angle”.  Finally, hearing that militia was coming from as far away as Worcester, the column turned to the east and began their return march to Boston.

Hat tip DiscerningHistory.com, for this brief video on the Battle of Concord Bridge.

Some British soldiers marched 35 miles over those two days, their final retreat coming under increasing attack from militia members firing from behind stone walls, buildings and trees.

One taking up such a firing position was Samuel Whittemore of Menotomy Village, now Arlington Massachusetts. At eighty years old, he was the oldest known combatant of the Revolution.

Whittemore took his position by the road armed with his ancient musket, two dueling pistols and the old cutlass captured years earlier from a French officer whom he had once explained had “died suddenly”.

Waiting until the last possible moment, Whittemore rose and fired his musket at the oncoming Redcoats.  One shot, one kill. Several charged him from only feet away as he drew his pistols.  Two more shots, one dead and one mortally wounded. He had barely drawn his sword when they were on him, a .69 caliber ball fired almost point blank tearing part of his face off, as the butt of a rifle smashed down on his head. Whittemore tried to fend off the bayonet strokes with his sword but he didn’t have a chance.  He was run through thirteen times before he lay still.  One for each American colony.

Hat tip, The History Guy, for this presentation on Sam Whittemore. The ages given vary slightly from that engraved on his memorial but, age 78 or 80 at the time of this story, it seems a small matter.

The people who came out of their homes to clean up the mess afterward found Whittemore, up on one knee and trying to reload his old musket.

Doctor Nathaniel Tufts treated the old man’s wounds as best he could, but felt there was nothing anyone could do. Sam Whittemore was taken home to die in the company of his loved ones, and that’s what he did.  Eighteen years later, at the age of ninety-eight. 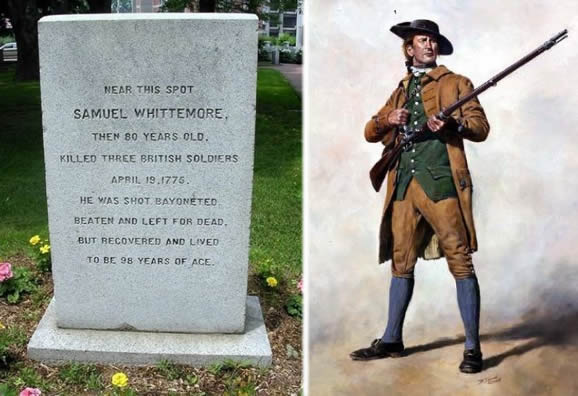 Just after midnight, April 19, 1775 , William Dawes, Dr. Samuel Prescott and Paul Revere were intercepted by a British patrol, just outside of Lexington. Prescott and Dawes bolted but Revere was captured, held through the small hours and interrogated. Revere was finally released, without his horse. The “Midnight Ride of Paul Revere” made famous by Henry Wadsworth Longfellow, humiliatingly ended on foot.  Revere arrived in Lexington just in time to witness the last moments on Lexington Green.  The conflict that afternoon at the Old North Bridge in Concord was the first instance of the American Revolution, when colonists fired to deadly effect on British regulars. In the 1837 classic “Concord Hymn”, American poet Ralph Waldo Emerson called it the “shot heard round the world”.