“You follow the rules of war for you – not for your enemy”, his commander had said. “You fight by rules to keep your humanity”.

At the age of 26, Franz Stigler was an Ace. The Luftwaffe pilot of a Messerschmitt Bf-109 fighter, some of his kills had been revenge, payback for the death of his brother August, earlier in the war.

Stigler was no Nazi.  This was a German Patriot with 22 confirmed kills, doing what the nation required him to do.

On December 20, 1943, Stigler needed one more kill for a Knight’s Cross. He tossed his cigarette aside and climbed into his fighter as the crippled American B17 bomber struggled overhead. This was going to be an easy kill.

21-year-old Charles Brown held the throttle of that B17, an aircraft named “Ye Olde Pub”. The earlier attack on the munitions factory in Bremen had been a success, but the pilot and crew had paid a dreadful price.

Brown’s bomber was set upon by no fewer than 15 German fighters. Great parts of the air frame were torn away, one wing severely damaged and part of the tail ripped off. The aircraft’s Plexiglas nose was shattered and the #2 engine seized. Six of the ten-man crew were wounded and the tail gunner dead, his blood frozen in icicles over silent machine guns. Brown himself had been knocked out at one point, coming around just in time to avert a fatal dive.

The battered aircraft was completely alone and struggling to maintain altitude.  The American pilot was well inside German air space when he looked to his left and saw his worst nightmare. Three feet from his wing tip was the sleek gray shape of a German fighter, the pilot so close that the two men were looking into each other’s eyes.  Brown’s co-pilot, Spencer “Pinky” Luke said “My God, this is a nightmare.” “He’s going to destroy us,” was Brown’s reply. This had been his first mission. He was sure it was about to be his last.

Long ago before his first mission, Stigler’s commanding officer Lt. Gustav Roedel, had explained the warrior’s code of conduct:  “Honor is everything here. If I ever see or hear of you shooting at a man in a parachute, I will shoot you down myself”.

The German ace must have remembered those words as he watched the wounded, terrified American airmen inside that B17, some still helping one another with their injuries. “You follow the rules of war for you – not for your enemy”, Roedel had said. “You fight by rules to keep your humanity”. 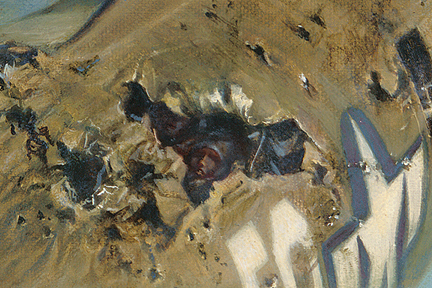 The German had to do something.  Nazi leadership would surely shoot him for treason if he was seen this close without completing the kill. One of the American crew was making his way to a gun turret as the German made his decision. Stigler saluted his adversary, motioned with his hand for the stricken B17 to continue, and peeled away.

Ye Olde Pub lumbered on, pierced and holed through and through, across 250 frozen miles of the North Sea.  At last, she made it to Norfolk. 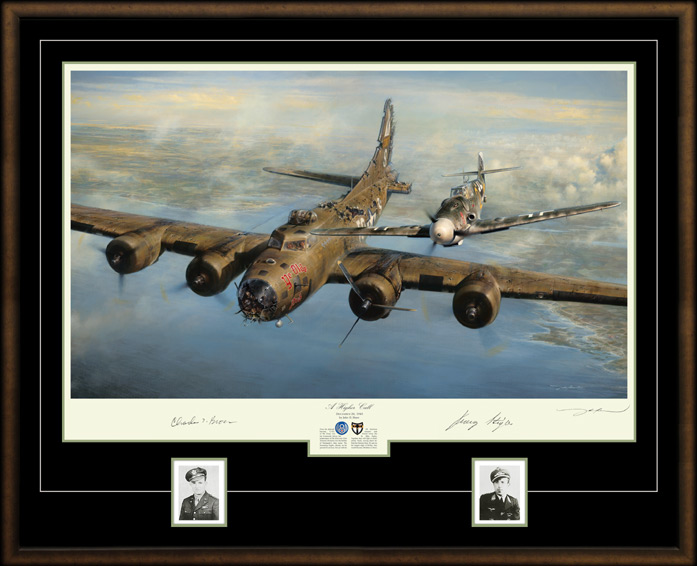 Over 40 years later, the German pilot was living in Vancouver, Canada.  Brown took out an ad in a fighter pilots’ newsletter, explaining that he was searching for the man ‘who saved my life on December 20, 1943.’  Stigler saw the ad, and the two met for the first time in 1987. “It was like meeting a family member”, Brown said of that first meeting. “Like a brother you haven’t seen for 40 years”.

The two former enemies passed the last two decades of their lives as close friends and occasional fishing buddies.

The two old warriors passed away in 2008, only six months apart. Franz Stigler was 92, Charles Brown 87.

A book called “A Higher Call”, tells the story in greater detail, if you’re interested in reading more about this signal act of kindness, between once mortal enemies.

In the two obituaries, both men were mentioned each as the other’s, “Special Brother”.