The devastating Chernobyl Prayer tells the story of: “dogs howling, trying to get on the buses. Mongrels, Alsatians. The soldiers were pushing them out again, kicking them. They ran after the buses for ages.” Heartbroken families pinned notes to their doors: “Don’t kill our Zhulka. She’s a good dog.” 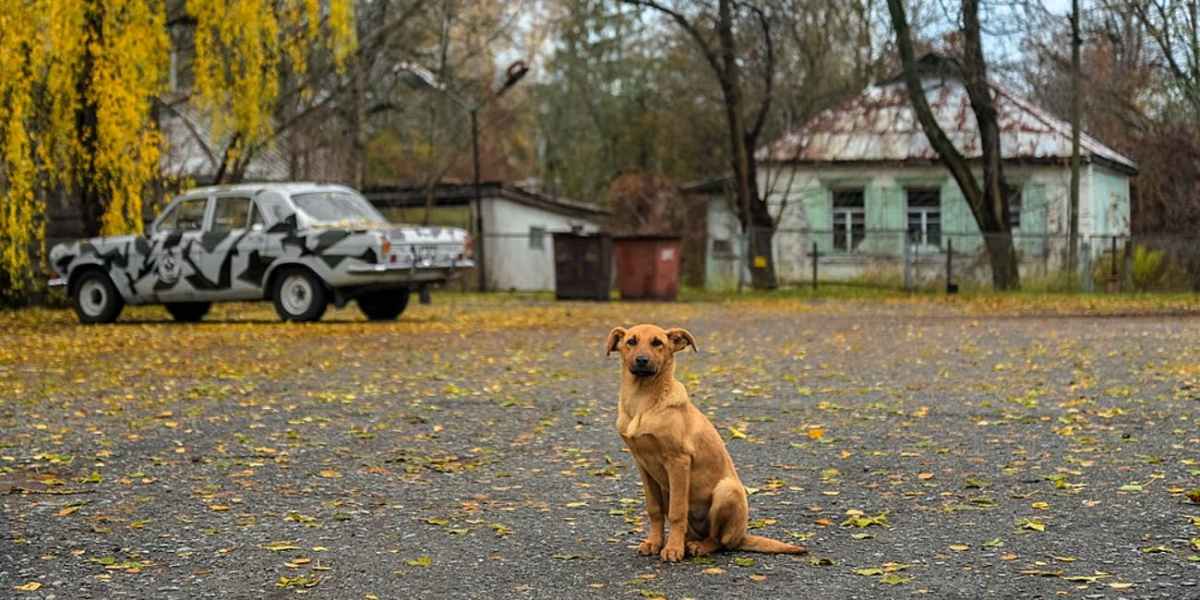 It all began as a test.  A carefully planned series of events, intending to simulate a station blackout at the Chernobyl Nuclear Power Plant, in the Soviet Socialist Republic of Ukraine.

This most titanic of disasters, began with a series of small mishaps. Safety systems intentionally turned off.  Inexperienced reactor operators, failing to follow checklists. Inherent design flaws in the reactor itself. 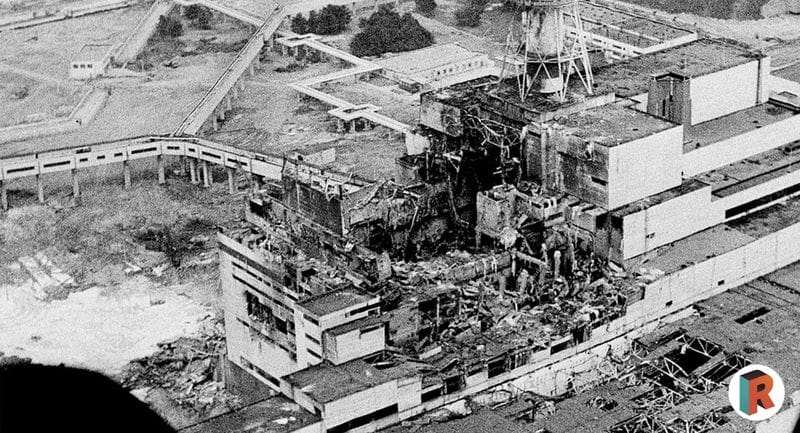 On the night of April 25-26, 1986, a nuclear chain reaction expanded beyond control, flashing water to super-heated steam.  Violent explosions shattered reactor and building alike as reactor #4 belched massive amounts of nuclear material into the atmosphere.  For the next nine days, intense updrafts created by the open-air graphite fire spewed vast quantities of radiation into the air, raining radioactive  particles over large swaths of the western USSR and Europe.  Some 60 percent of the stuff came down in the Republic of Belarus.

It was the most disastrous nuclear power plant accident in history and yet, this was 1986.  The Soviet government didn’t tell its own people for days, what was going on.  In the West, the first alert came not from the USSR, but from Sweden.

The death toll could have been higher but for heroic self-sacrifice, by first responders.  Anatoli Zakharov, a fireman stationed in Chernobyl since 1980, replied to remarks that firefighters believed this to be an ordinary electrical fire:

“Of course we knew! If we’d followed regulations, we would never have gone near the reactor. But it was a moral obligation – our duty. We were like kamikaze“.

Work began within three weeks on the design and construction of a concrete sarcophagus, large enough to contain 200 tons of radioactive corium, 30 tons of contaminated dust and 16 tons of uranium and plutonium, trapped inside the twisted wreckage. It was the largest civil engineering project in history involving no fewer than a quarter-million construction workers, every one of whom received a lifetime maximum dose of radiation.  By this day in December, work was substantially complete. 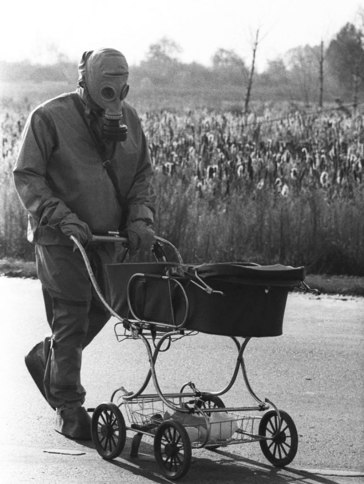 Officials of the top-down Soviet state first downplayed the disaster.  Asked by one Ukrainian official, “How are the people?“, acting minister of Internal Affairs Vasyl Durdynets replied there was nothing to be concerned about: “Some are celebrating a wedding, others are gardening, and others are fishing in the Pripyat River.” 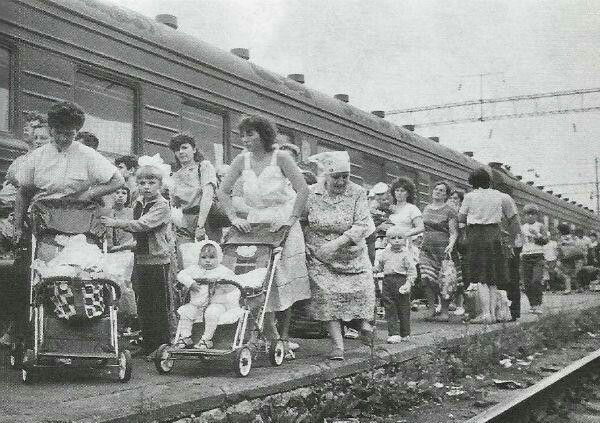 The chaos of these forced evacuations, can scarcely be imagined.  Confused adults.  Crying children.  Howling dogs.  Shouting soldiers, barking orders and herding now-homeless civilians onto waiting trains and vehicles by the tens of thousands.  Dogs and cats, beloved companion animals and lifelong family members, were abandoned to fend for themselves.

The government didn’t bother to explain.   There would be no return.

There were countless and heartbreaking scenes of final abandonment, of mewling cats, and whimpering dogs.  Belorussian writer Svetlana Alexievich compiled hundreds of interviews into a single monologue, an oral history of the forgotten.  The devastating Chernobyl Prayer tells the story of: “dogs howling, trying to get on the buses. Mongrels, Alsatians. The soldiers were pushing them out again, kicking them. They ran after the buses for ages.”

There was no mercy.  Squads of soldiers were sent to shoot the animals, left behind.   Heartbroken families pinned notes to their doors: “Don’t kill our Zhulka.  She’s a good dog.”  Most of these abandoned pets, were shot.  Some escaped notice, and survived.

Later on, plant management hired someone, to kill the 1,000 or so dogs still remaining.  The story is, the worker refused.

Today, untold numbers of stray dogs live in the towns of Chernobyl, Pripyat and surrounding villages.  Descendants of those left behind, back in 1986.  Ill equipped to survive in the wild and driven from forests by wolves and other predators, they forage as best they can among abandoned streets and buildings, of the 1,000-mile exclusion zone.  For some,  radiation can be found in their fur.  Few live beyond the age of six but, all is not bleak.

Since September 2017, a partnership between the SPCA International and the US-based 501(c)(3) non-profit CleanFutures.org has worked to provide for the veterinary needs of these defenseless creatures.  Over 450 animals have been tested for radiation exposure, given medical care, vaccinations and spayed or neutered, to bring populations within manageable limits.  Most are released back to the “wild”. 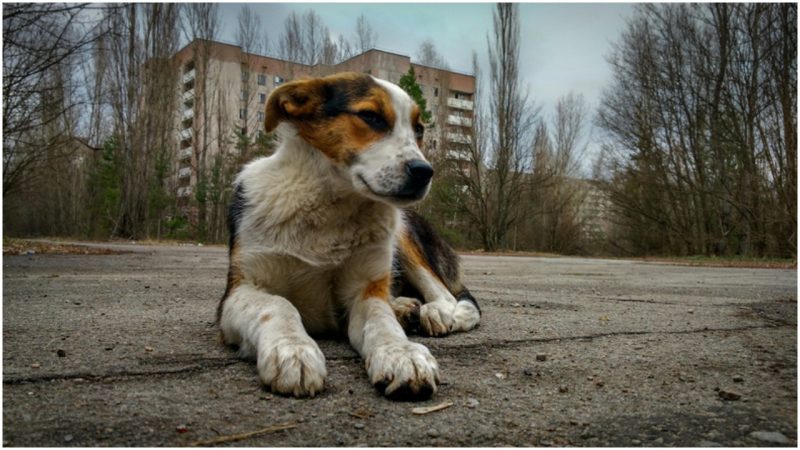 Some have been successfully decontaminated and socialized for human interaction.  In 2018, the first batch became available for adoption into homes in Ukraine and North America, some forty puppies and dogs.

To this day, hundreds of dogs eke out a living, in the exclusion zone.  The work of rescue is ongoing.  A joint press release from the two organizations gives much-needed hope:  “This unprecedented event marks an important partnership with the Ukrainian government, which has been reluctant in the past 32 years to allow anything to be removed from the nuclear exclusion zone.”

Believe it or not there are visitors to the area.  People actually go on tours of the region but they’re strictly warned.  No matter how adorable, do not pet, cuddle nor even touch any puppy or dog who has not been through rigorous decontamination.

For those lucky few the search for good homes goes on, for the lost dogs of Chernobyl. 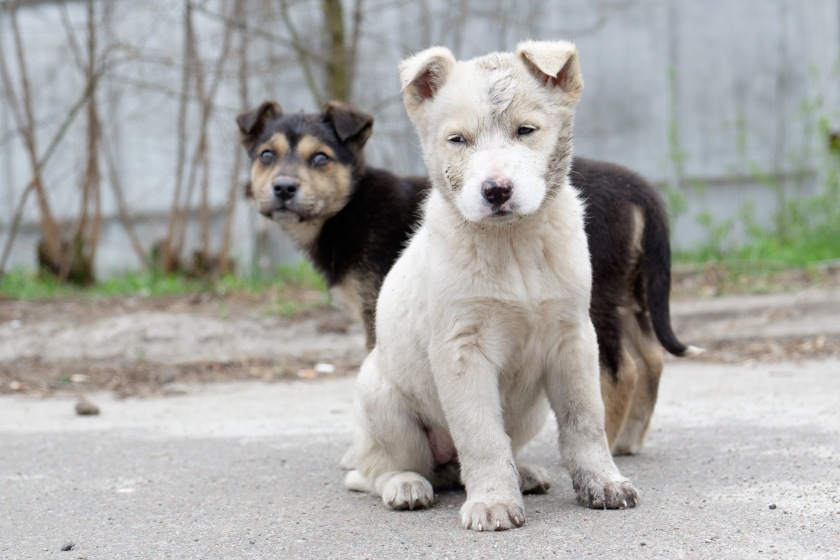