On or about this day in 1673, Father Marquette asked the Chief of the Peoria about another tribe living down the river. 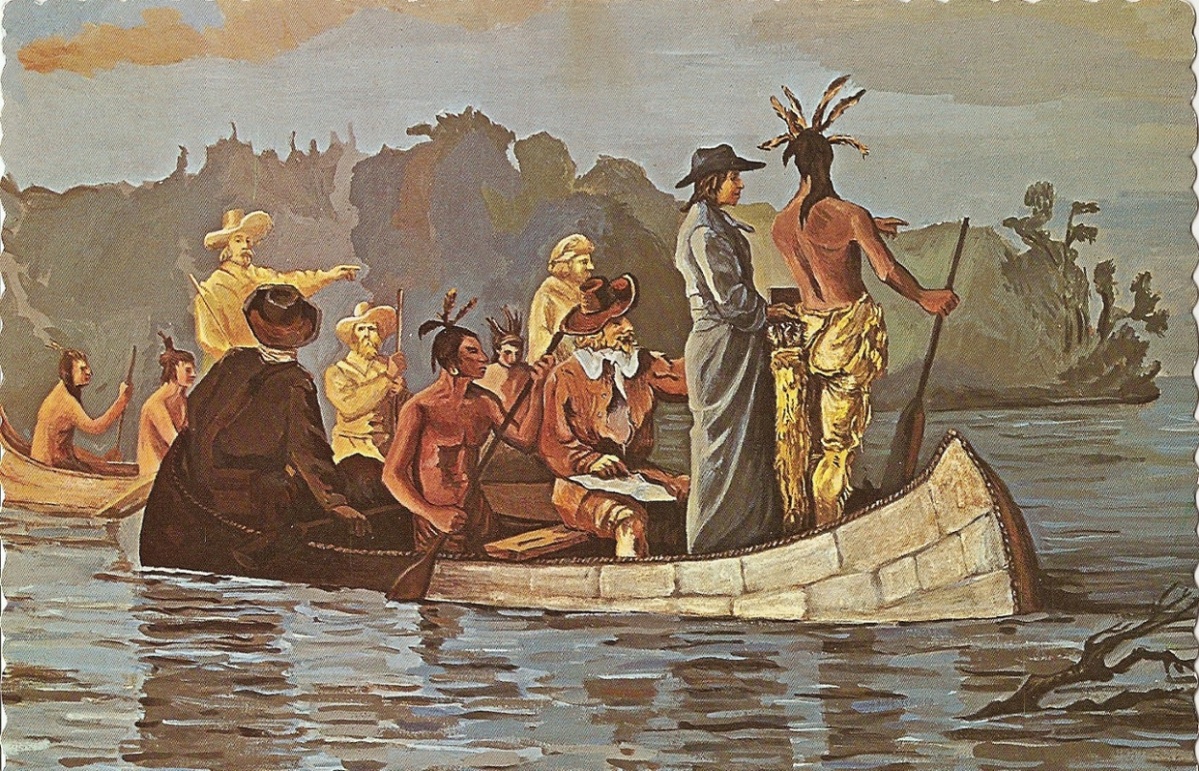 On May 17, 1673, Father Jacques Marquette set out with the 27-year old fur trader Louis Joliet to explore the upper reaches of the Mississippi River.

The voyage established the possibility of water travel from Lake Huron to the Gulf of Mexico, helping to initiate the first white settlements in the North American interior and bestowing French names on places from La Crosse to New Orleans.

Relations with natives were mostly peaceful at this time, as several tribes jockeyed for advantage in the lucrative French fur trade.

On or about this day in 1673, Father Marquette asked the Chief of the Peoria about another tribe living down the river.

Having no desire to share such a privileged position, the chief indicated that those people down the river…they didn’t amount to much. Don’t even bother. The chief called the group “Moingoana”, a name later transliterated into French as “Des Moines”.

Marquette was expert by this time, in several native dialects. Even so, the chief may have indulged himself in a little gag at the expense of the priest. The Miami-Illinois language is extinct today, but linguists suggest that Moingoana may derive from “mooyiinkweena”, translating if I may be polite, as, “those excrement-faces.”

Marquette and Joliet didn’t discover the Mississippi River, Native Americans had been there, for thousands of years. The Spanish explorer Hernan DeSoto had crossed the “Father of Waters” 100 years before. What they did was to establish the feasibility of travel from the Great Lakes, to the Gulf of Mexico. Armed with this information French officials led by the explorer LaSalle would erect a 4000-mile system of trading posts nearly exterminating every fur-bearing mammal in the upper Midwest and permanently altering indigenous cultures, along the way.

As for Des Moines there are alternate explanations of where the name comes from. They are much to be preferred I’m sure, by residents of the Hawkeye state. Even so it’s just possible Father Marquette had one put over on him that day, in 1673. That perhaps the Capital City of Iowa bears the name, of a 350-year-old locker room joke.