Visibility was down to a meter at times and driving, all but impossible. Public transportation shut down requiring those rendered sick by the fog, to transport themselves to the hospital. 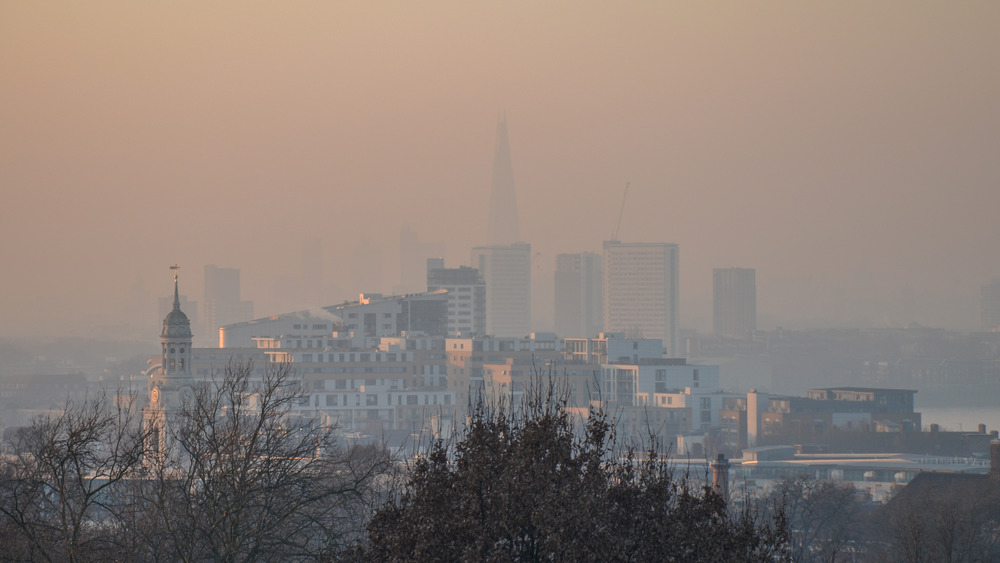 In 2018, climate activists and world leaders gathered in Poland to discuss carbon pollution resulting from the use of fossil fuels, and ways to combat what they see as a future of anthropogenic global warming.

In a speech before the assembly, Arnold Schwarzenegger swore that he’d go back in time if he could and “terminate” oil, coal, gasoline and natural gas. “The biggest evil is fossil fuels” Schwarzenegger thundered, “it’s coal, it’s gasoline, it’s the natural gas”.

A doubling of average life expectancy in the US from 39.41 in 1860 to 78.81 in 2020 went entirely, unremarked. Perhaps allowing actors to direct public policy is a greater evil than fossil fuels, but I digress.

Adherents to currently fashionable climate change theories hold onto such ideas with a fervor bordering on the religious while skeptics raise any number of questions, but one thing is certain. There was a time when the air and the water around us was tainted with impunity, with sometimes deadly results.

In 1969, the Cuyahoga River in Cleveland Ohio caught fire, resulting in property damage worth $100,000, equivalent to nearly $700,000, today. The fire resulted in important strategies to clean up the river, but this wasn’t the first such fire. The Cuyahoga wasn’t even the first river to catch fire. There were at least thirteen such incidents on the Cuyahoga, the first occurring in 1868. The Rouge River in Michigan caught fire in the area around Detroit in 1969, and a welder’s torch lit up the Buffalo River in New York, the year before. The Schuylkill River in Philadelphia caught fire from a match tossed into the water, in 1892.

Today, the coal silts, oil and chemical contaminants at the heart of these episodes are largely under control in the developed world, but not the world over. One section of Meiyu River in Wenzhou, Zhejiang China burst into flames in the early morning of March 5, 2014. Toxic chemical pollution and other garbage dumped into Bellandur Lake in Bangalore India resulted in part of the lake catching fire the following year, the fire spreading to the nearby Sun City apartments.

If you happen to visit the “Iron City”, Pittsburgh Pennsylvania, photographs can be easily found of streetlights turned on in the middle of the day. In November 1939, St. Louis brought a new meaning to the term “Black Tuesday”, when photographs of the Federal building at Twelfth Boulevard and Market Street show the sun little more than a “pale lemon disk” and streetlights on at 9:00 in the morning.

Air pollution turned deadly in the early morning hours of October 26, 1948 when atmospheric inversion trapped fluorine gas over Donora Pennsylvania, home of US Steel Corporation’s Donora Zinc Works and American Steel and Wire. By the 29th, the inversion had trapped so much grime that spectators gathered to watch a high school football game, couldn’t see the kids on the field. The “Death Fog” hung over Donora for four days killing 22 and putting half the town, in the hospital.

The Donora episode was caused by an “anticyclone”, a weather event in which a large high pressure front draws air down through the system and out in a clockwise motion.

When such a weather system occurs over areas with high levels of atmospheric contaminants, the resulting ground fog can be catastrophic. 63 people perished during a similar episode in 1930 in the Meuse River Valley area, of Belgium. In 1950, 22 people were killed in Poza Rica, Mexico. In 1952, the infamous “Great Smog of London” claimed the lives of thousands over a course of five days.

On December 5 of that year, a body of cold, stagnant air descended over a near-windless London, trapped under a “lid” of warm air. London had suffered poor air quality since the 13th century and airborne pollutants had combined to create “pea soupers” in the past, but this was unlike anything in living memory. The smoke from home and industrial chimneys and other pollutants such as Sulphur dioxide combined with automobile exhaust, with nowhere to go.

Yellow-black particles of the stuff built and accumulated at an unprecedented rate. Visibility was down to a meter and driving, all but impossible. Public transportation shut down requiring those rendered sick by the fog, to transport themselves to the hospital.  Outdoor sporting events were canceled and even indoor air quality, was affected.  Weather conditions held until December 9 when the fog finally dispersed.

There was no panic. Londoners are quite accustomed to the fog, but this one was different. Over the weeks that followed, public health authorities estimated that 4,000 people had died as a direct result of the smog by December 8, and another 100,000 made permanently ill. Later research pointed to another 6,000 losing their lives in the following months, as a result of the event.

More recently, research puts the death toll of the Great Smog at 12,000.

A similar event took place about ten years later in December 1962, but without the same lethal impact. A spate of environmental legislation in the wake of the 1952 disaster began to remove black smoke from chimneys.  Financial incentives moved homeowners away from open coal fires toward less polluting alternatives such as gas or oil, or less polluting coke.

Today, the wealthier, developed nations have made great strides toward improvement in air and water quality, though problems persist in the developing world.  In the United States, the Environmental Protection Agency reports that:

The same report shows that, during the same period, CO2 emissions have increased by 12 percent.  Policy makers continue to wrangle over the long-term effects of carbon.  At this point, it’s hard to separate the politics from the science.

While politicians and climate activists jet around the planet to devise trillion dollar “solutions” for “Global Warming”, let us hope that cooler heads than that of Arnold Schwarzenegger, will prevail.  There is scarcely a man, woman or child among us who do not want clean air and clean water and a beautiful, natural environment around us, for ourselves and our posterity.  It is only a matter of how we get there.