In arguing the case United States v. Schooner Amistad, former President John Quincy Adams took the position that no man, woman, or child in the United States could ever be sure of the “blessing of freedom”, if the President could hand over free men on the demand of a foreign government. 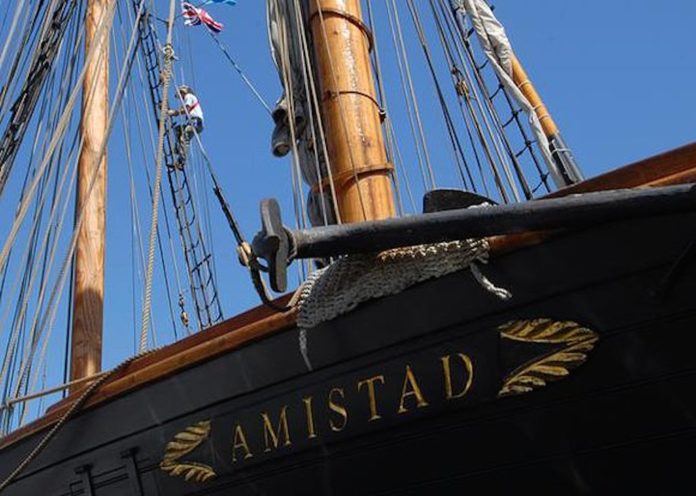 By 1839, the international slave trade was illegal in most countries while the “peculiar institution” of slavery, was not. In April of that year, five or six hundred Africans were illegally purchased by a Portuguese slave trader and shipped to Havana, aboard the slave ship Teçora.

Fifty-three members of the Mende people of West Africa, were sold to Joseph Ruiz and Pedro Montez, who planned to use them on their Cuban sugar plantation. The Mendians were given Spanish names and designated “black ladinos,” fraudulently documenting the 53 to have always lived as slaves, in Cuba. In June, Ruiz and Montez placed the Africans on board the schooner la Amistad, (“Friendship”), and set sail down the Cuban coast to Puerto del Principe.

The Africans were brought in chains to Teçora but chains were judged unnecessary for the short coastal trip, aboard Amistad.  On the second day at sea, two Mendians were whipped for an unauthorized trip, to the water cask.  One of them asked where they were being taken.  The ship’s cook responded.  They were to be killed, and eaten.

That mocking response would cost the cook, his life.

On the second night at sea, captives armed with cane knives seized control of the ship, led by Sengbe Pieh, also known as Joseph Cinqué. The Africans killed the ship’s Captain and the cook, losing two of their own, in the struggle.  Montez was seriously injured while Ruiz and a cabin boy named Antonio, were captured and bound.  The rest of the crew, escaped in a boat.

The mulatto cabin boy who really was a black ladino, would be used as translator. 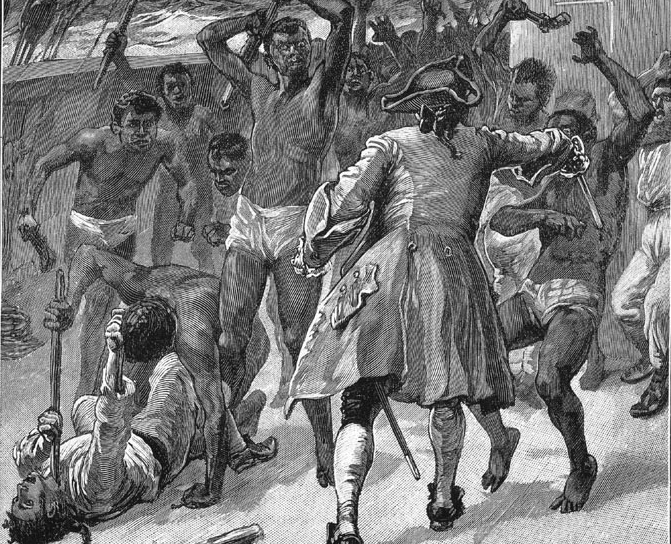 Mendians forced the two to return to their homeland but the Africans, were betrayed.  By day, the two would steer east, toward the African coast.  By night when the position of the sun could mot be seen, the pair would turn north.  Toward the United States.

After 60 days at sea, Amistad came aground off Montauk on Long Island Sound, when several Africans came ashore, for water.  The ship was apprehended by a US Coastal Survey brig under the command of Thomas Gedney and Richard Meade.  Meanwhile on shore, Henry Green and Pelatiah Fordham (the two had nothing to do with the Washington), captured the Africans who had come ashore.

Amistad was piloted to New London Connecticut, still a slave state at that time.  The Africans were placed under the custody of United States marshals.

Both the slave trade and slavery itself were legal according to Spanish law at this time, while the former was illegal, in the United States.   The Spanish Ambassador demanded the return of Ruiz’ and Montez’ “property”, asserting the matter should be settled under Spanish law.  American President Martin van Buren agreed but, by that time, the matter had fallen under court jurisdiction.

Gedney and Meade of the Washington sued under salvage laws for a portion of the Amistad’s cargo, as did Green and Fordham.  Ruiz and Montez sued separately.  The district court trial in Hartford determined the Mendians’ papers to be forged.  These were now former slaves  entitled to be returned, to Africa.

Antonio was ruled to have been a slave all along and ordered returned to the Cubans.  He fled to New York with the help of white abolitionists and lived out the rest of his life, as a free man.

Fearing the loss of pro-slavery political support, President van Buren ordered government lawyers to appeal the case up to the United States Supreme Court.  The government case depended on the anti-piracy provision of a treaty then in effect between the United States, and Spain.

A former President, son of a Founding Father and eloquent opponent of slavery, John Quincy Adams argued the case, in a trial beginning on George Washington’s birthday, 1841.

In United States v. Schooner Amistad, the Supreme Court upheld the decision of the lower court 8-1, ruling that the Africans had been detained illegally,  and ordering them returned to their homeland.

John Tyler, a pro slavery Whig, was President by this time. Tyler refused to provide a ship or to fund the repatriation.  Abolitionists and Christian missionaries did the work, 35 surviving Mendians departing for Sierra Leone on November 25, 1841 aboard the ship, Gentleman.

Back in Sierra Leone, some of the Africans helped establish a Christian mission.  Most including Joseph Cinque himself, returned to homelands in the African interior. One survivor, a little girl when it all started by the name of Margru, returned to the United States where she studied at Ohio’s integrated Oberlin College, before returning to Sierra Leone as the Christian missionary, Sara Margru Kinson.

In arguing the case, President Adams took the position that no man, woman, or child in the United States could ever be sure of the “blessing of freedom”, if the President could hand over free men on the demand of a foreign government.

152 years later, President Bill Clinton, Deputy Attorney General Eric Holder and AG Janet Reno orchestrated the kidnap of six-year-old Elián González at gunpoint, returning him  to Cuba over the body of the mother who drowned bringing the boy to freedom. 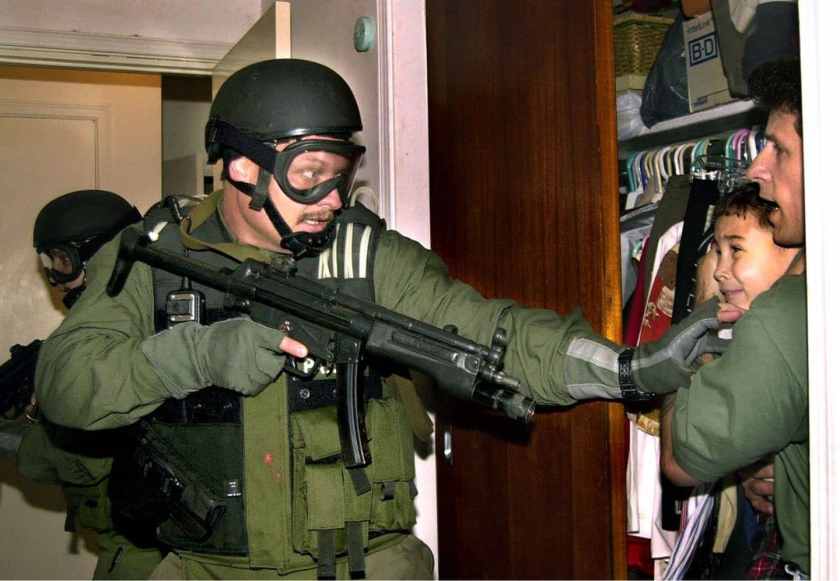